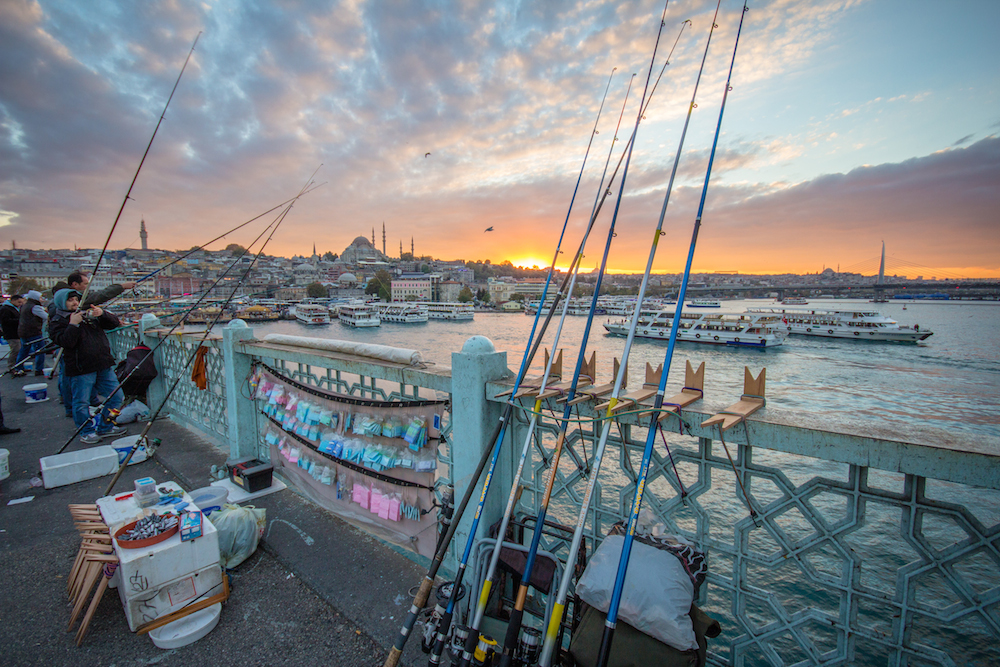 I was on the rooftop lounge of our guesthouse, looking out over a rain-soaked Istanbul, when I put the final touches on a post called On Not Falling in Love With Istanbul. Shortly thereafter, the rain subsided, the sun came out, and the wind changed from a gale to a mere bluster! It was suddenly pleasant to be outside, provided you had a stocking cap and warm coat.

We had a wonderful last day in Istanbul and I was able to get some decent outdoor photos of the city. Lesson: when things are not going quite right, make a negative blog post and things will perk up.

We left Istanbul on a positive note, and I’d like to offer up a photo essay of positive experiences as a peace offering to the city for giving us one beautiful afternoon.

Follow along with me as I give you a photo tour of the city.

The Blue Mosque and the Aya Sofya

The three main tourist sites in Istanbul – the Aya Sofya, The Blue Mosque and Topkapi Palace – are all located within a few hundred meters of each other. It is super convenient to visit if you are an obnoxious tour group or short on time, but a little touristy. All three places are spectacular, despite the crowds.

The Blue Mosque and Aya Sofia are separated by a park that is filled with tourists by the day, but surprisingly empty at night during a rain storm.

The Aya Sofya interior. It was first a church, then a mosque and now a museum. On the top of the dome you see a mosaic of Mary with baby Jesus, juxtaposed by the Muslim medallions in Arabic script.

People watching in Istanbul is pretty solid. There is a mix of Turkish people in both modern and traditional clothes, stylish Europeans and expats, tourists and touts.

A family on a bench near the Aya Sofia 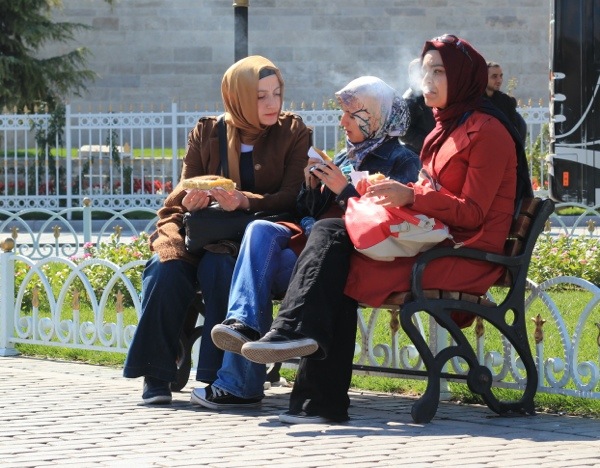 A Muslim girl smoking a cigerette. This is something I’ve never seen before in the Middle East. Turkey is easily the least conservative country I’ve been to in the region. Although most of the older women wore head scarves, only about 20% of the younger girls wore them.

Why are we so mean to pigeons? We feed them in photogenic squares and then set our children free to harass the hell out of them.

I don’t think this foreign girl read the sign.

The Galata Bridge is the place to be at sunset. Along the bottom of the bridge are bars, restaurants and hookah lounges, while on top anglers are packed together casting their lines into the sea. Tourists, families and local commuters are buzzing around, creating an exciting energy.

I stashed Kristi in one of the shops below while I braved the wind to take sunset photos. 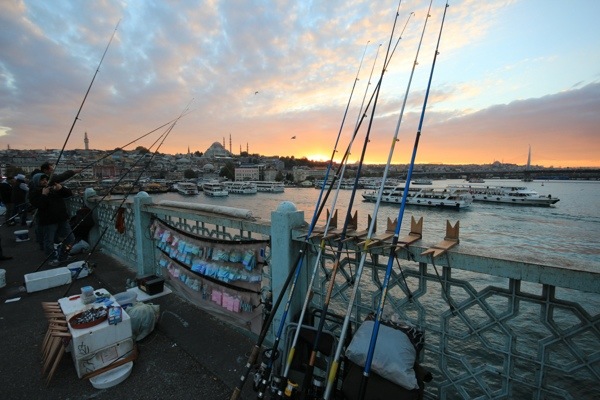 Sunset on the Galata Bridge is pure magic.

Some dude on the Galata Bridge with rabbits. I have no idea what he was doing. 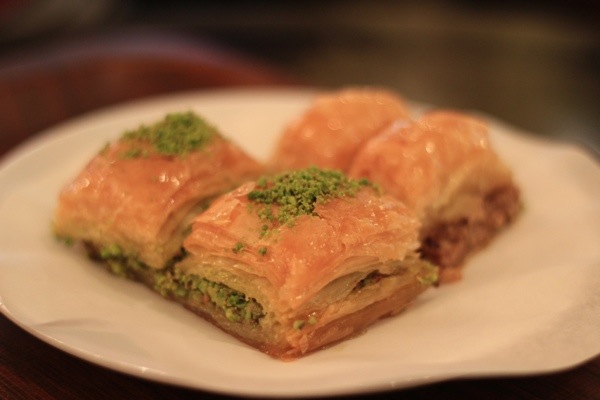 Baklava: flaky pastry, nuts and honey. It is pure bliss, one of the best deserts I’ve eaten in my life. If I have to buy new pants on this trip due to mine not fitting any more, we will know the culprit.

Would you like to make Turkish Coffee at home? Here is the recipe. Mix 2oz. of gasoline with a spoonful of top soil. As much as I love baklava, I do NOT love Turkish Coffee. 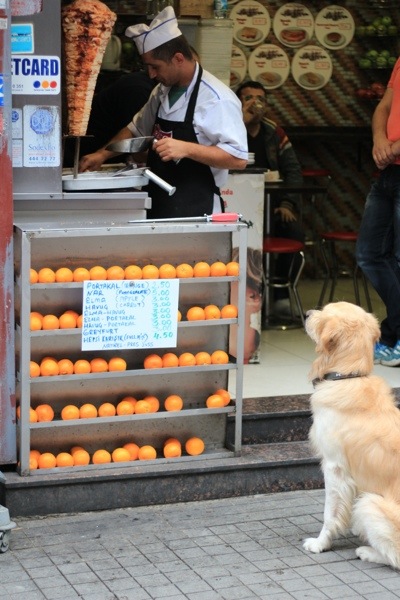 We call them “spinning meats,” the ubiquitous vertical spits where venders carve off juicy cuts of meat to stuff in pitas. Even the dogs are fans.

Lastly, no photo tour of Istanbul would be complete without talking about cats. Cats are everywhere, and most of them are well fed. You can tell a lot about a culture by how they treat their cats, and this is a great culture.

This friendly guy jumped in my lap at a mosque.

A cat hanging out in the gift shop at the Chora Church. 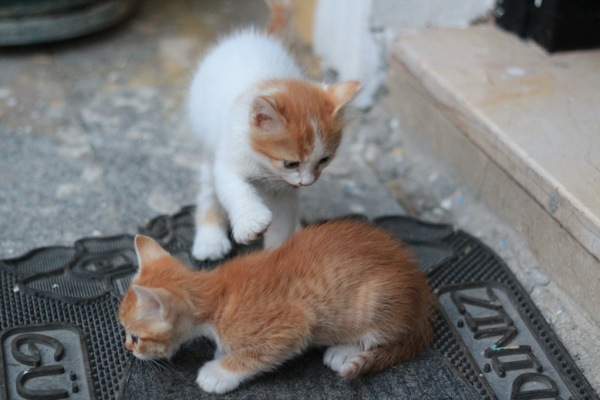 We had a box of kittens outside our guesthouse. This made Kristi very happy.

Have you been to Istanbul? What did you think of the city?

28 thoughts on “A Photo Tour of Istanbul, or Expect More Negative Posts in the Future”