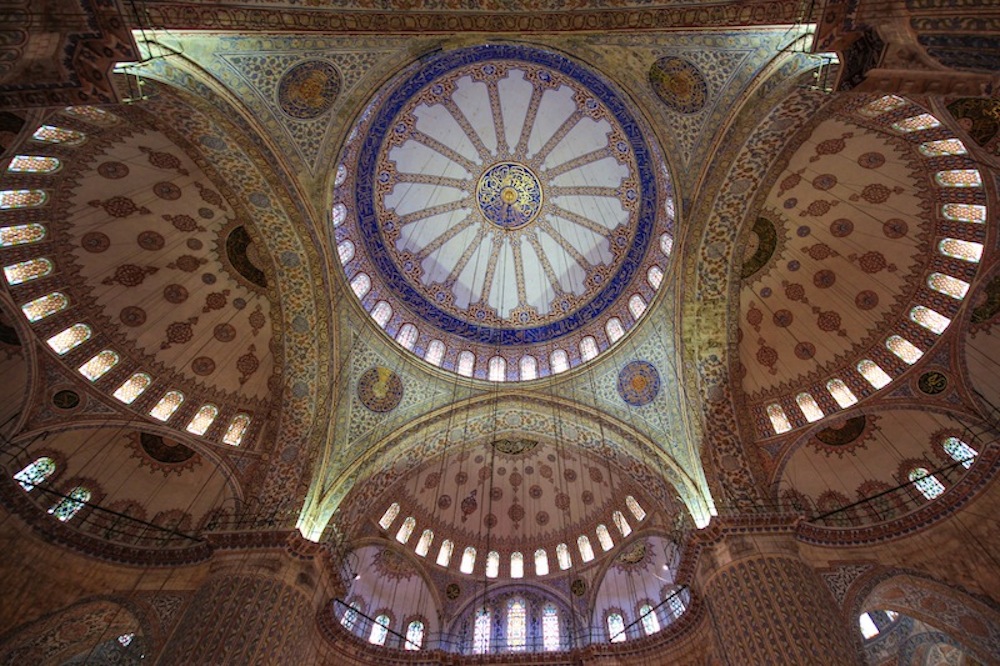 The muezzin’s call to prayer always reminds me that I am someplace exotic. Well, that and camels.  More than veiled women and squiggly writing, when I see camels and/or hear the call to prayer over the crackling speakers, I realize I am a long ways from home.

The most beautiful buildings in the world tend to be places of religious worship, like churches, temples, mosques and now office buildings and sports stadiums. Istanbul has an impressive collection of mosques which are all open to the public. From every vantage point in town, needle-sharp minarets stab at the sky. The mosques feature intricately detailed interiors and robust, bulbous exteriors.

Below is a collection of photos of the mosques of Istanbul. Click on any photo to open a slideshow view that will not only enhance your viewing pleasure, but also allow you to read the captions.

The Mosques of Istanbul Photo Gallery

The domed ceiling of the Blue Mosque.

Worshippers pray at the Blue Mosque in Istanbul.

The 10mm lens greatly distorts the interior of the Blue Mosque. Lights are suspended from the ornate ceiling and worshipers take a place on the carpet for prayers. 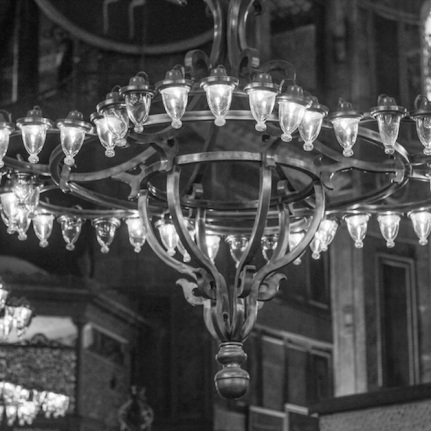 Lights hang from the ceiling in many of the mosques in Istanbul. 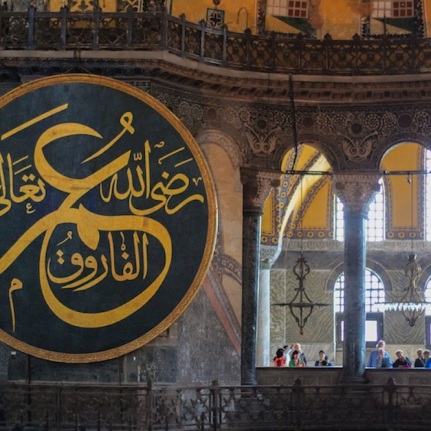 One of several giant Medallions with Arabic Script in the Aya Sofya. That is just cool. 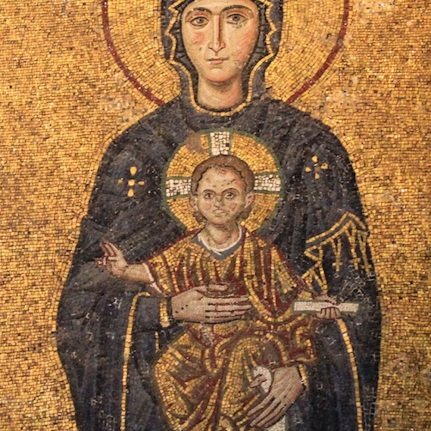 We call it “Creepy Jesus.’ It may be a little sacrilegious to call baby Jesus creepy, but many old mosaics, paintings, etc. show Jesus looking like an old man. Here he has a full head of hair and is the size of a 6-year-old. (This is a mosaic in the Aya Sofya). 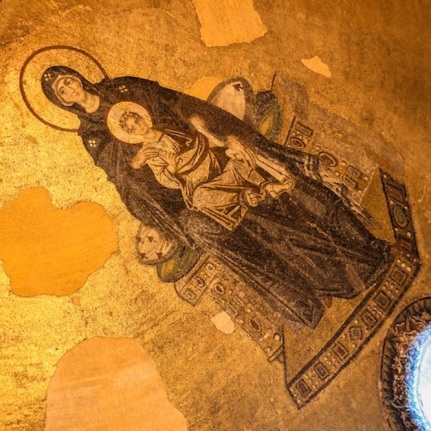 Originally a church, then converted to a mosque and now a museum, the Aya Sofya contains many Christian mosaics, like this one of Mary and Jesus on the apse. 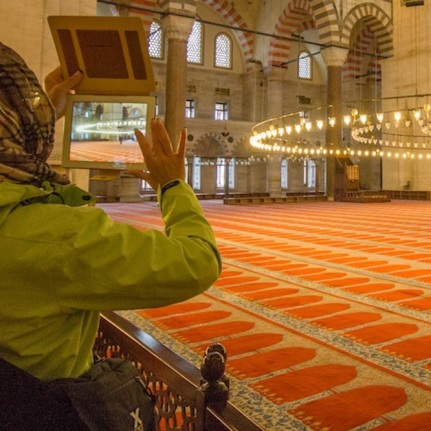 A visitor photographs the interior of a mosque with her iPad – the most impractical camera imaginable.

The Blue Mosque at night.

The sun sets behind the Fatih Camii Mosque, as seen from the Galata Bridge.

The Rustem Pasha Mosque serves as a photogenic background to fishermen on the Galata Bridge.

Neon lights reflect on a bar window with a mosque in the background. Turkey is one of the most moderate Muslim countries, with alcohol widely available.

9 thoughts on “Photo Essay: The Mosques of Istanbul”