After two and a half weeks in Rome, Venice, Florence, and Naples, we were a little burned out. It is possible to see too much exquisite art; cities can wear you out. And you can only look at so many penises. 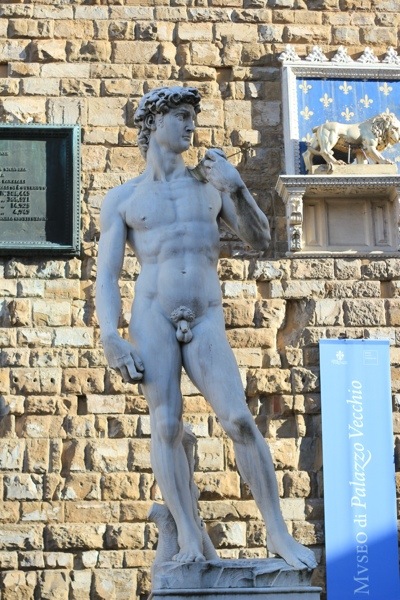 Touring Pompeii on a drizzly, cool day in late November, we had the place to ourselves, save a few stray dogs (which we were “invited” not to touch by frequent signs) and a smattering of tourists. Pompeii is a peaceful, parklike place with areas of green and trees. It is far away from the maddeningly busy streets of Naples and the tourist hordes of Venice. In peak season or on a cruise ship day in summer, I bet a lava flow of tourists smothers the ruins. For us, it was tranquil and rejuvenating.

Too bad 2000 people had to die in order for us to get this experience.

Pompeii is a place we study in grade-school; seeing it in person was fascinating and thrilling. The city was buried in the ash and burning rock of the Mt. Vesuvius eruption in A.D. 79. The Roman city was preserved while being destroyed, probably like Ozzie Osbourne’s liver (I can only imagine that man has pickled his organs with drugs and booze and that is why he is alive, despite being worse for wear). 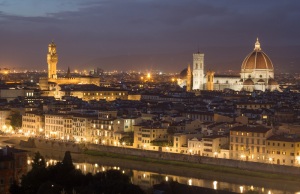 Although we were amazed by the cities of Italy like Florence, you can only look at so much architecture, cathedrals and art before needing a break.

Like all Roman towns, there is the requisite stadium and two theaters. The theaters are in perfect condition and beautiful. Mosaics and painted walls are preserved inside houses. Columns and temples still stand, giving valuable information to the daily life of the city’s residents. There are even plaster casts of a group of people who were buried alive. They took refuge in a building before being buried in 15 feet of burning ash.

I have no tips for visiting Pompeii other than to just walk around and find things by chance. There is really no need for a plan. Although it is a large area, after about three hours of walking you can take it all in. I am sure a guide can give useful insight, but it isn’t necessary for enjoying the ruins.

And if you’ve spent any time in chaotic Naples or surrounded by the tourist armies of northern Italy, exploring Pompeii on your own and finding the peaceful corners (free of penises, I might add) might be exactly what you need.

Click on any picture to open up a slideshow view

The theater at Pompeii

Just another cool place in Pompeii

All good Roman towns have a stadium for games and gladiators.

In one building, 13 bodies were found. Today, plaster casts in the macabre sight show how the bodies huddled before death. 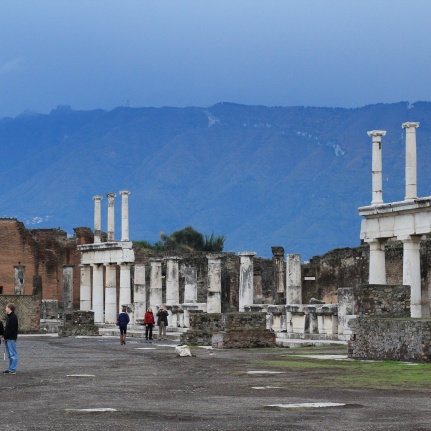 The Pompeii forum which we shared with only a couple of other tourists, one of the benefits to visiting in November. 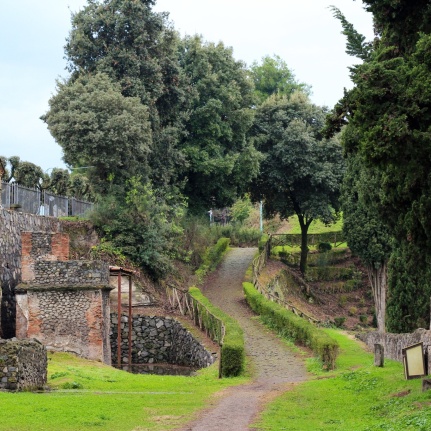 Some areas of the site are peaceful and parklike, a great break from busy Naples.

We have a few photos that we take everywhere. Head peaking from behind column is one of our themes.

A courtyard and house in Pompeii with remnants of the frescoes still visible.

Statues unearthed from the volcanic ash. They are refreshingly free of penises, which made me happy.

Have you been to Pompeii? Ever suffered from penis fatigue? (Don’t answer that. Never mind).

21 thoughts on “Pompeii – the Antidote for Art, City and Penis Fatigue”