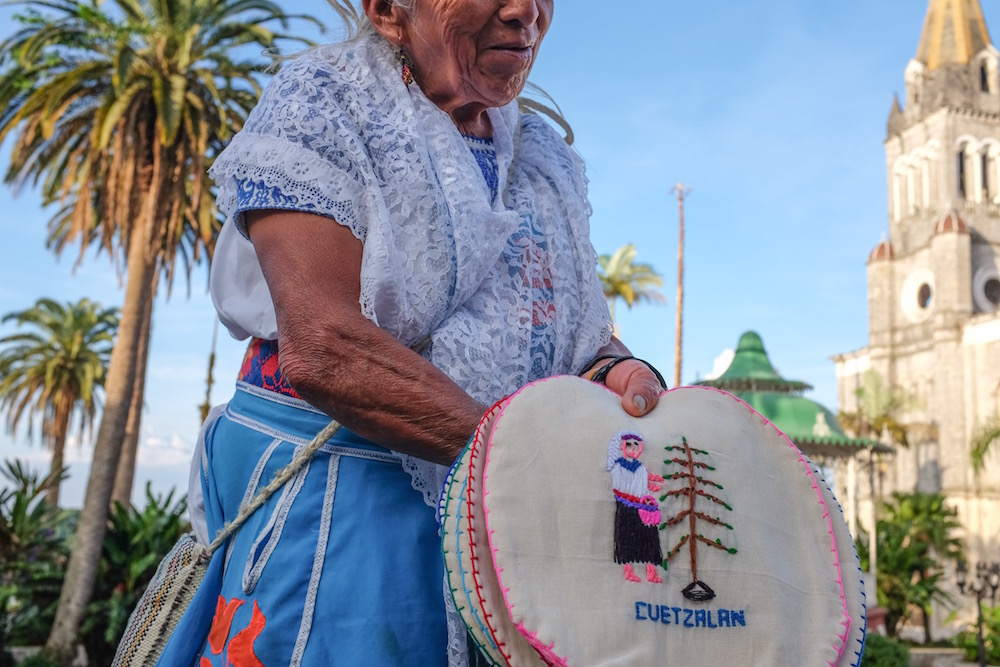 “Knowing that a place like this exists makes me feel better about the world,” I said while looking out over the main plaza of Cuetzalan as kids played tag in front of the colonial church, indigenous women in traditional dress walked by with armloads of flowers, and men in cowboy hats took up space selling fruit. It was a quintessentially beautiful Mexican scene that probably hasn’t changed much since the town’s founding in 1547, with the exception of people on cell phones and a few selfie sticks.

When I first saw photos of the beautiful village and the voladores, I knew I had to visit Cuetzalan. What is a volador, you might ask? It translates to “crazy ass Mexican who jumps off a 90-foot poll and flies around with only a rope tied around his waist.” Below is a video that will show it. I’d recommend watching enough to get an idea of how high and dangerous this is, then skipping ahead to the 3:25 mark to see them fly.

Or if your attention span is very short, look at this photo that I didn’t take. Source: wikimedia commons.

The voladores perform every weekend and we went out of our way to see them. However, on Saturday, instead of seeing the volardores we went with a local family to a fiesta in Veracruz and on Sunday a deluge of Biblical proportions prevented them from performing. Alas, I missed out on the main reason I went to Cuetzalan.

In spite of this, Cuetzalan was one of my favorite places in Mexico. It is a must see for anyone on an extended trip through Mexico and a great escape from the Capital. Cuetzalan is a quint colonial village perched on a steep hillside, with a bustling main square dominated by a cathedral, volador pole, and clock tower. The winding, cobblestone streets are filled with native people in colorful clothes. Waterfalls and pre-Columbian ruins are scattered in the surrounding hills. It is a world class destination and yet there were only a smattering of tourists there. This will change someday.

As I mentioned, there was a torrential rain storm on Sunday, and I assumed that the weekend market that fills the main square would shut down. False. Vendors strung up a network of tarps, wrapped themselves in plastic, shielded themselves with umbrellas and bought and sold despite the storm. After being cooped up inside all day, I decided to wade into the streets-cum-rivers to take photos, trying to stay dry. I failed.

When it came time to leave Cuetzalan, I was sad. I felt like I missed out in many ways, but I was comforted by this thought: I’ll be back someday, and it will probably look a lot like it does now, even if there are a few more tourists. 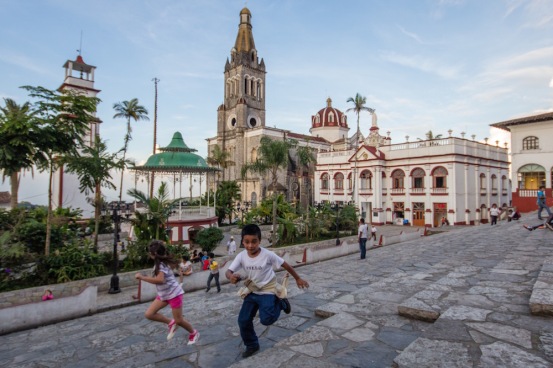 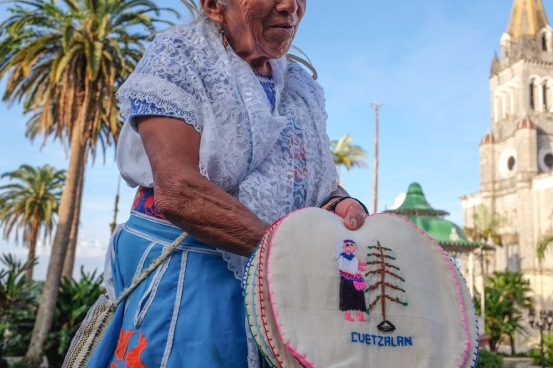 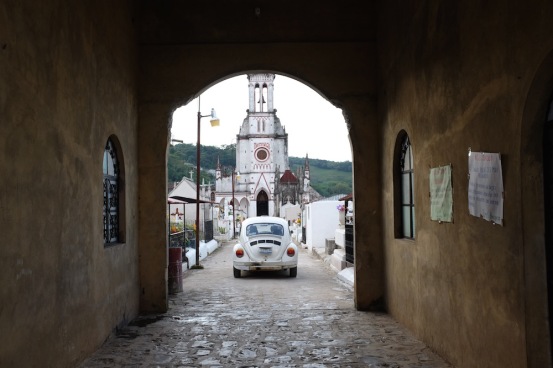 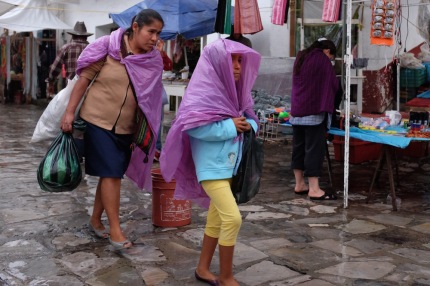 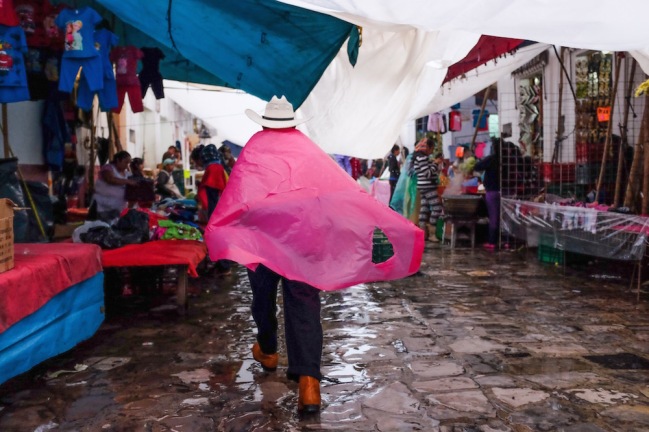 Anyone out there up for jumping off the volador pole?

45 thoughts on “Cuetzalan: The Coolest Town in Mexico you’ve Never Heard of”