“Did you experience any problems being an American?”

This is one of the most common questions I get from people when returning from traveling overseas. The answer: absolutely not.

We have been treated exceedingly well overseas by people from all corners of the world and I can count on one hand the number of times I’ve experienced any negativity due to my nationality.

In fact, I am very proud to be an American when I travel. Let me tell you why.

All across Africa, Asia, and Latin America, I have met Americans who were working to help others.

On an airplane to Guatemala in 2003, I sat next to an American doctor making her 13th trip to Central America to work as a volunteer. In Malawi, I met a woman who raises money to install sand water filters to provide clean water to villages. She was on her fourth trip to Africa.

In China, I met a man who works with the blind and deaf to operate a cafe to provide funds and job training. And in Guatemala, I met a large group of students who were building chimneys and stoves in homes to prevent deforestation and improve fuel efficiency.

America is a very wealthy country, but we have a very limited number of vacation days per year. The fact that so many people give up their valuable vacation time to help others overseas is commendable.

3. The U.S. Sponsors the Peace Corp 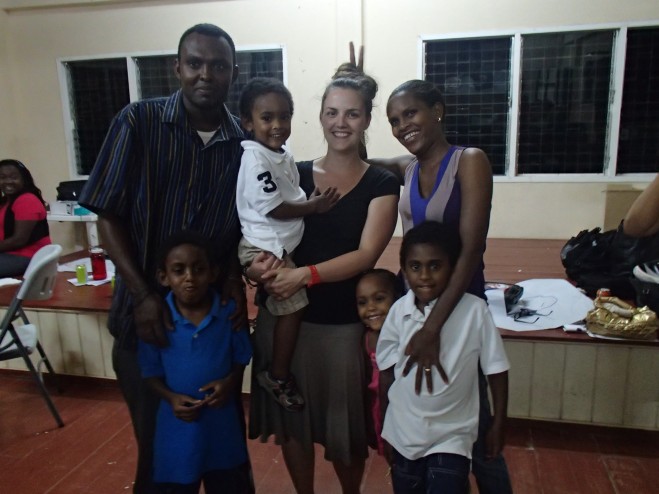 Jade, a current Peace Corp volunteer in Guyana, with her host family.

One of my friends, Jade Hammer, is currently working in Guyana as a Peace Corp volunteer (you can read Jade’s blog here). She is giving up all the comforts of home to live in a poor country. Her job is to teach students who have fallen behind in reading, helping them catch up to their appropriate grade level. I have always thought that if you can read, you can teach yourself anything. I am sure her work will have far reaching and long term impact.

The U.S. government spends about 356 million dollars per year sponsoring volunteers to work in developing countries. There are currently 7209 volunteers working in 65 different countries, according to the Peace Corp website.

Sixty-six percent work in education or health and most are based in Africa or Latin America. I think it is pretty special that our government not only funds these missions, but that there is no shortage of volunteers. As far as I can tell, no other country has a program like this. (If I’m wrong, let me know in the comments please).

4. American military power is often a force for good

After Typhoon Yolanda devastated the Philippines in November, 2013, the United States military dispatched 50 ships and aircraft to the disaster zone to help deliver supplies. In addition, the U.S. pledged $37 million dollars in aide to help rebuild.

By contrast, China pledged only $200,000 to the Philippines recovery, but then bumped it up to $1.6 million after criticism, according to a reuters.com report.

Whether it is a tsunami in Indonesia or an earthquake in Haiti, the United States military is often the first organization to arrive on the scene to help. For that, I am proud.

(That whole invasion of Iraq, well, that was a little embarrassing).

5. Americans are nice and respectful

Most Americans I meet overseas are nice, friendly, open and interested in interacting with locals. Most Americans are jovial, good natured people. I realize this is a wild generalization, but I think it is true. Also, I think our most unruly and unworldly citizens don’t leave the country or only go to Mexican beach resorts, so we are only letting our best people out in the world at large.

There are always exceptions to the rule, but when visiting mosques, cathedrals, palaces, and/or temples, Americans are usually pretty good about dressing appropriately and behaving with respect.

I am not going to name any names (Russia), but all over the Middle East and India, I see girls walking around with their asses hanging out of their tiny shorts and/or wearing booby tops. That is very disrespectful to conservative cultures. Again, I am not going to name any names (Italy, China, India), but some people have no idea how to lower the volume on their voices in a spiritual place or on a train, especially if they are sitting next to me on a long haul trip.

And when it comes to getting drunk, partying and being obnoxious, I am pretty sure others (Aussies) have us beat on that one. (Again, we probably send our most ridiculous people to Cancun, so, there is that.)

Americans are by no means perfect, but I think overall we are respectful and polite. Here is some photographic evidence: 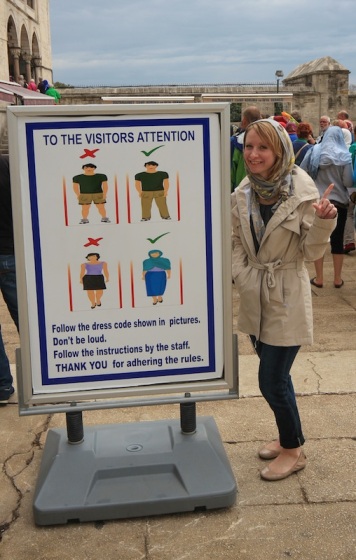 Kristi, an American, following the dress code at the Blue Mosque. 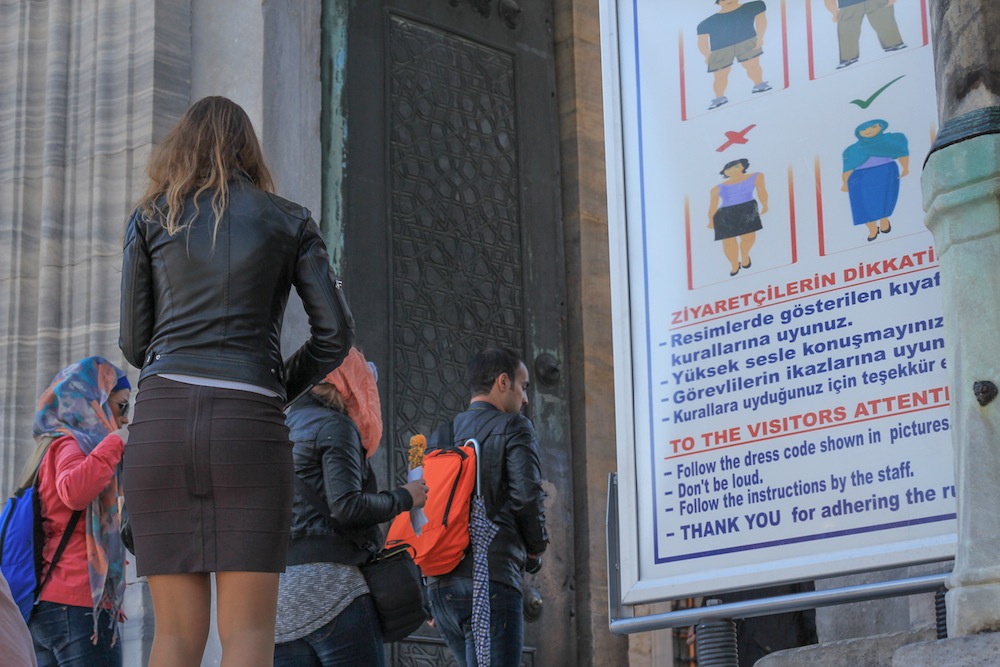 She is breaking the rules. She is not American.

These Russians went behind the ropes to pose for a photo at the Topkapi palace. The guard freaked out and chased them away. It was awesome.

6. We rock at sports

Here are some current world rankings for American Sports teams:

Tiger Woods is #1 in the world golf rankings, and we have 10 of the top 20 golfers in world (although we can’t seem to win a Ryder Cup).

Soccer is the number one sport in the world. Virtually every kid dreams of playing football (soccer) for their national team and games are followed with a religious fervor all over the world. According to a Harris poll, soccer is the 8th most popular sport in America. Take a look at the pie chart below.

Soccer in America ranks just below golf, is tied with women’s tennis and is barely more popular than bowling. And yet, we are still really good at it.

Imagine if our best athletes played soccer? We’d dominate! Can you see Chris Paul launching a corner kick to Russell Westbrook for a header into the net? Can you see LeBron James dominating as a goalie? You think Johnny Football Manziel or Wes Welker wouldn’t make some great soccer players? We’d dominate if we set our minds to it.

I can go into a sports bar anywhere in the world and if there is an international game on TV, I can have confidence that we will be among the best. And if anyone makes fun of me because our soccer team is merely #14 in the world, I can say, “Soccer? Oh, that is the sport where they kick the ball right? We don’t really play that in America.”

How are you treated when you travel overseas?

Add to the conversation by leaving a comment below.

(If you are Italian, Indian, Chinese, Australian, Russian or wear a speedo, please don’t take offense and stop reading. I need all the readers I can get.)

1. Two-Thirds of Americans Don’t Have a Passport. So What. – (Go See Write)