“Did you experience any anti-Americanism?”

“Did you eat your body weight in falafel?”

These are common questions I get after traveling to the Middle East. I think many Americans view the entire region as one big country where conflicts and problems are widespread. Truth is, the Middle East is a great place to travel and is in fact one of my favorite regions. I have been to Jordan, Israel, the Palestinian Territories, Egypt, Dubai and Turkey and have loved every minute of it. Let me tell you why.

The Middle East is Safe

I know it sounds counter-intuitive to think of the Middle East as a safe place to travel due to the volatility and unrest in the region, but the areas that are safe are extremely safe. You either have war or security, and little in between.

During our time in the region, we’ve never felt unsafe. It is extremely rare for a tourist to be a victim of a mugging or robbery. I feel completely comfortable walking around with my DSLR camera or walking around at night, with no fear that I’m going to be robbed.

In Central America and sub-Saharan Africa, homes and businesses have multiple layers of visible security. First, almost all gates and walls are topped with decorative, barbed spikes just waiting to impale any would-be intruders. Intertwined among the spikes or placed atop the walls is a skein of barbed wire and in some cases, electrical razor wire. ADT security system signs decorate the windows in the homes of the more affluent neighborhoods. Locals warn you frequently of the dangers and armed guards are everywhere.

Granted, there are armed guards everywhere in Israel, but there is no such security measures anywhere else that I’ve been in the Middle East.

And I know it may sound crazy, but it is possible to visit northern Iraq, Iran and Yemen right now. Don’t believe me? Check out this post, this post, or this post, by some of my favorite travel bloggers.

In fact, according to this eye-opening report on niqash.org, 93% of the violence in Iraq is happening in one half of the country. Half the country is extremely dangerous; the other half is as safe as Canada. 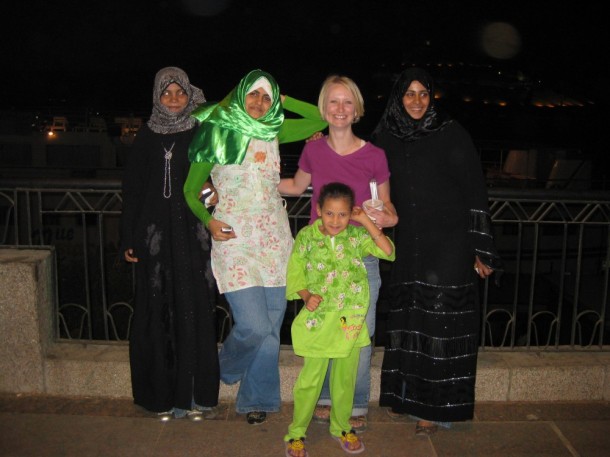 The people of the region are very helpful, friendly, welcoming and hospitable. We’ve been invited to drink tea and chat with locals on numerous occasions and with the exception of Egypt, it is a hassle free place to travel.

One example of Middle Eastern hospitality: we were in Cairo and decided to have a little adventure by taking the local city buses to the Pyramids of Giza. We went to a bridge where the buses depart and found the situation to be pure chaos: buses would pull up, people would pile on and off and the bus would take off quickly. All the writing on the buses was in Arabic. 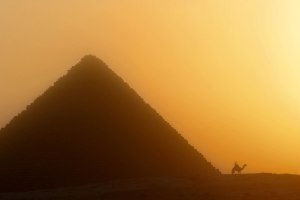 Kristi asked a local man for help and he made it his personal mission to assist us. He asked around, then put us on a bus and shouted at the driver over all the chaos, telling him where we were going.

Kristi sat up front with the driver and some women, while I went to the back of the mini-bus where I was a celebrity. The locals were unaccustomed to seeing westerners on the local bus and they were very excited to talk to me. Somebody even paid for our ticket, refusing to let us pay.

When it came time to change buses, the driver recruited a lady to help us. He shouted something to her in Arabic, and she took us under her wing. She was a middle-aged lady that didn’t speak English, but she indicated for us to stay with her.

Another bus pulled up, she yelled something at the driver, then put us onboard. That bus took us magically to the Pyramids. We put our trust in the people and they totally took care of us. 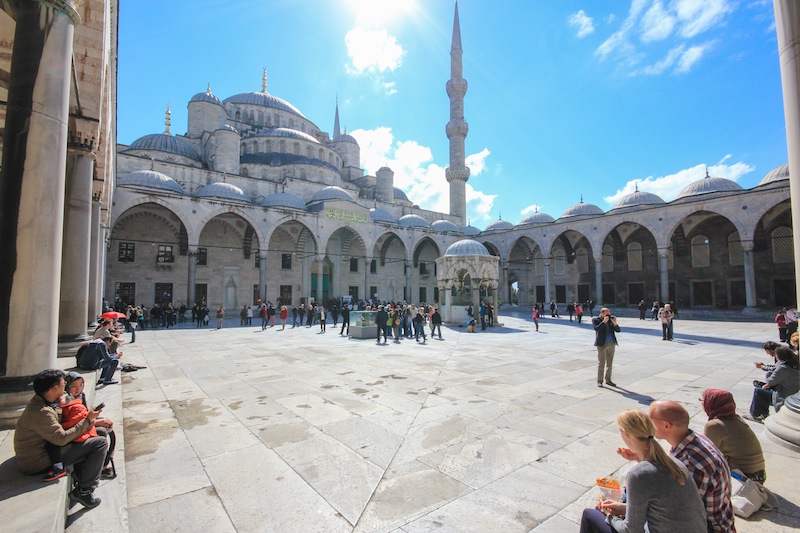 One of the most magical moments in all of my travels happened in Jerusalem. Our guesthouse was in the Muslim quarter and we had a view of the Dome of the Rock plus eight other mosques from our rooftop. At sunset, the call to prayer erupted from one speaker, and was joined by another and another. In time, the intermingling calls of the muezzin were ringing out in all directions as we watched the orange sky. It was a beautiful moment of peace in one of the most contentious places on earth.

Kebabs. Popular with dogs and people.

Middle Eastern food is totally underrated in the ranks of world cuisine. Healthy, fresh and full of flavorful spices, I love the food there.

One of the great joys of Middle Eastern dining is ordering something simple, like kebab or kofta, and getting seven plates delivered to the table. Hummus and/or tahini, a hot sauce, pickled veggies, tomatoes and cucumbers, olives, and flat bread, usually accompany each dish.

The Middle East has Amazing Things To See 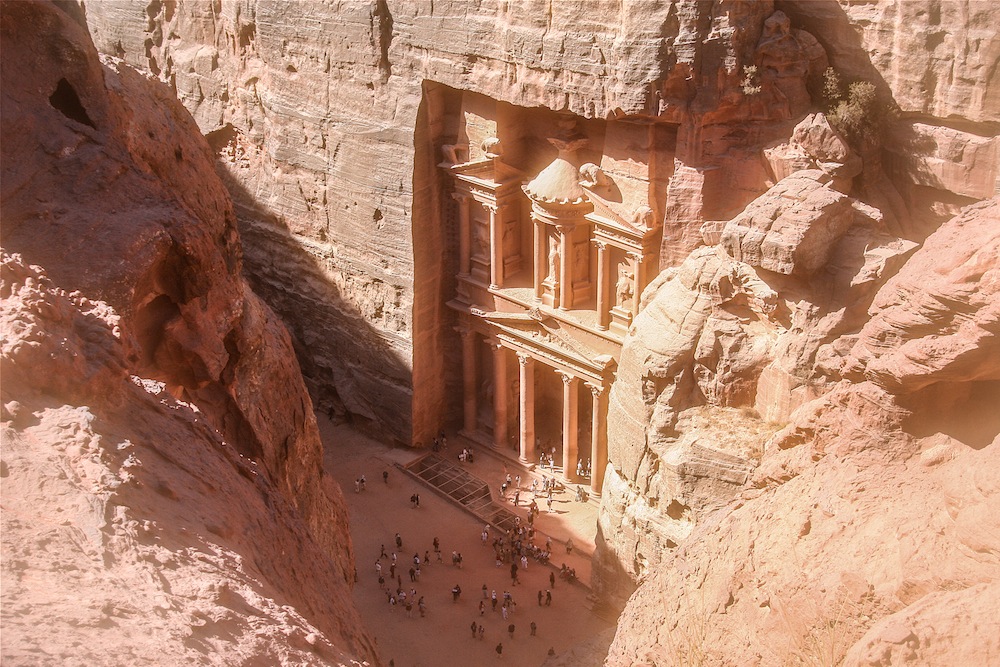 The Middle East has a seemingly endless supply of awesome places to see, provided you like ancient mosques, rock cut churches, Egyptian temples, charming old cities, and 5000-year-old pyramids. To me, the pyramids of Giza may have been the 4th or 5th coolest ancient site in Egypt. They might not even be the coolest pyramids in Egypt.

Petra in Jordan is my favorite ancient site, probably because it combines the desert scenery of Utah with colossal rock cut facades that happen to be older than Jesus. It was possible to hike high above the ruins and get a great vantage point of the site and avoid the crowds.

On top of that, there are several very interesting geographical places, like Cappadocia, Wadi Rum, Siwa, and the Sahara.

I hope to visit the Middle East again in the near future and fill in the gaps on the map where I have not been. And if you haven’t yet been, you should go too.

31 thoughts on “Why I Love Traveling in the Middle East”