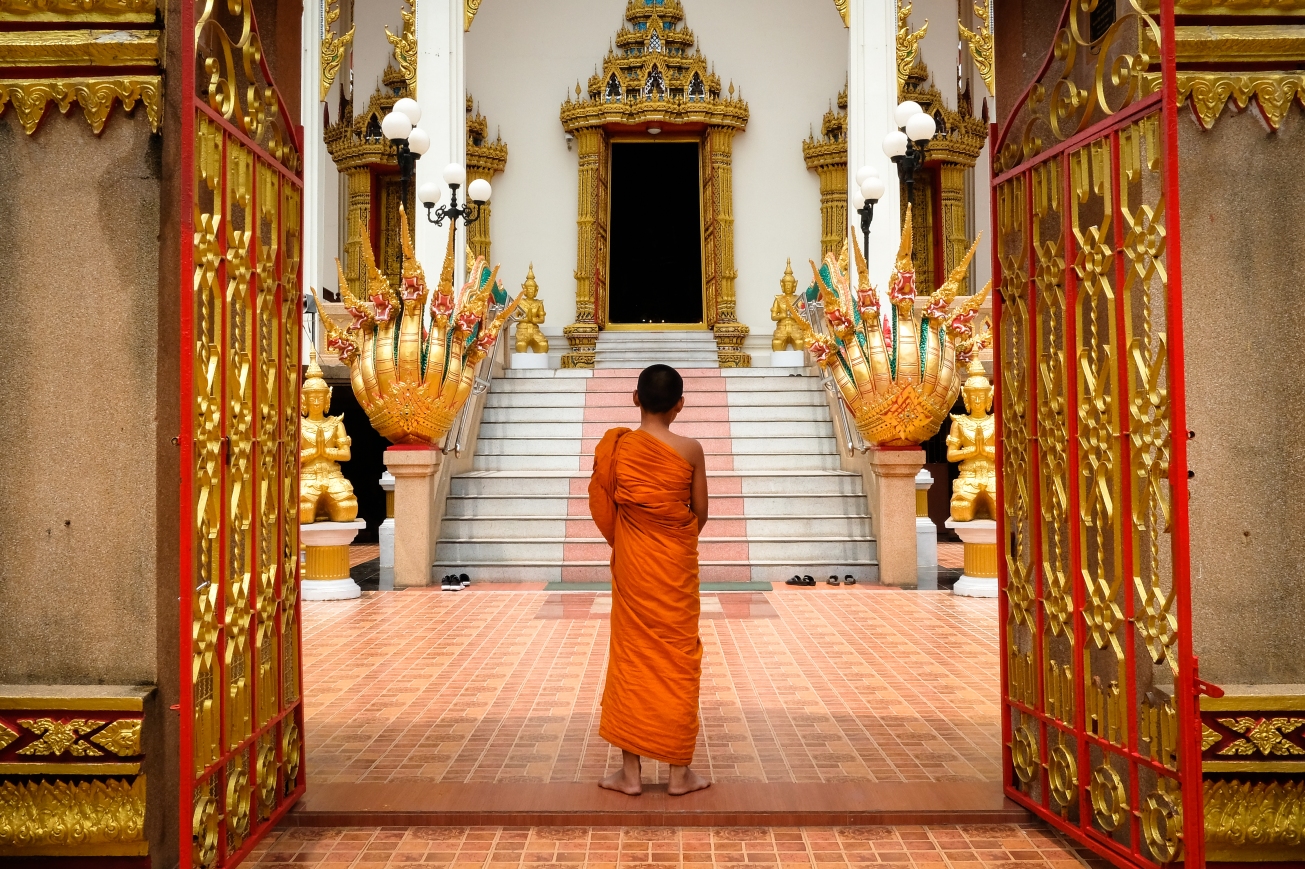 If you are like most people, your neighborhood doesn’t attract a lot of tourists or paparazzi. So, imagine for a second if you were outside doing your normal activities and 70 photographers, many armed with giant cameras and long lenses, flowed through your neighborhood and started taking photos of everything from people to flowers to signs.

That was the case recently when I  went on a photo walk with the Bangkok Photographers Group (BPG).

We met up on the west side of the Chao Praya River at a beautiful yet out of the way temple. After group introductions and some time taking photos of the temple, we took off walking through the area.

The group leader guided us along by marking the intersections with chalk. The neighborhood had sections of classic old-school Bangkok with wooden houses on stilts perched next to canals. We walked through some areas atop narrow bridges.

Although we were a large group, we quickly became separated and for the most part I was either shooting alone or next to two or three other people. Shooting alongside others allowed me to observe how other photographers saw the scene and how they interacted with the locals.

Like many places in Bangkok, and the world, the residents were poor in material wealth but rich in smiles. The locals seemed surprised and excited that our group of people were walking through the neighborhood taking their photos. Most people enthusiastically posed for photos and seemed genuinely happy that we were taking an interest in them and their neighborhood.

We came to a corner and a photogenic grandmother was sitting on an old car seat under a wooden shelter. Some photographers asked if they could have a photo; she graciously said yes, then put on a straw hat, smiled broadly and posed while her friends had a good laugh. She was a celebrity. Several photographers gathered around her and snapped her photo. Although I wanted a photo, I didn’t really want to join in with the others, so I kept walking. However, when I circled back, I noticed her by herself and took this photo:

Towards the end of the photo walk, sweaty and tired, I plopped down at a small store and bought an ice cream bar. The locals, unaccustomed to having foreigners visit, asked to take my photo. The tables were turned!  I found myself posing with assorted people as several smartphones were in my face clicking away.

Although I typically do photography on my own, going with a group had some benefits. First, I’d have never found this neighborhood on my own. Second, I wasn’t shy about asking for portraits when other photogs were also asking. And lastly, I met a few interesting photographers who I will meet up with again someday.

Here are a few photos I took during the walk. 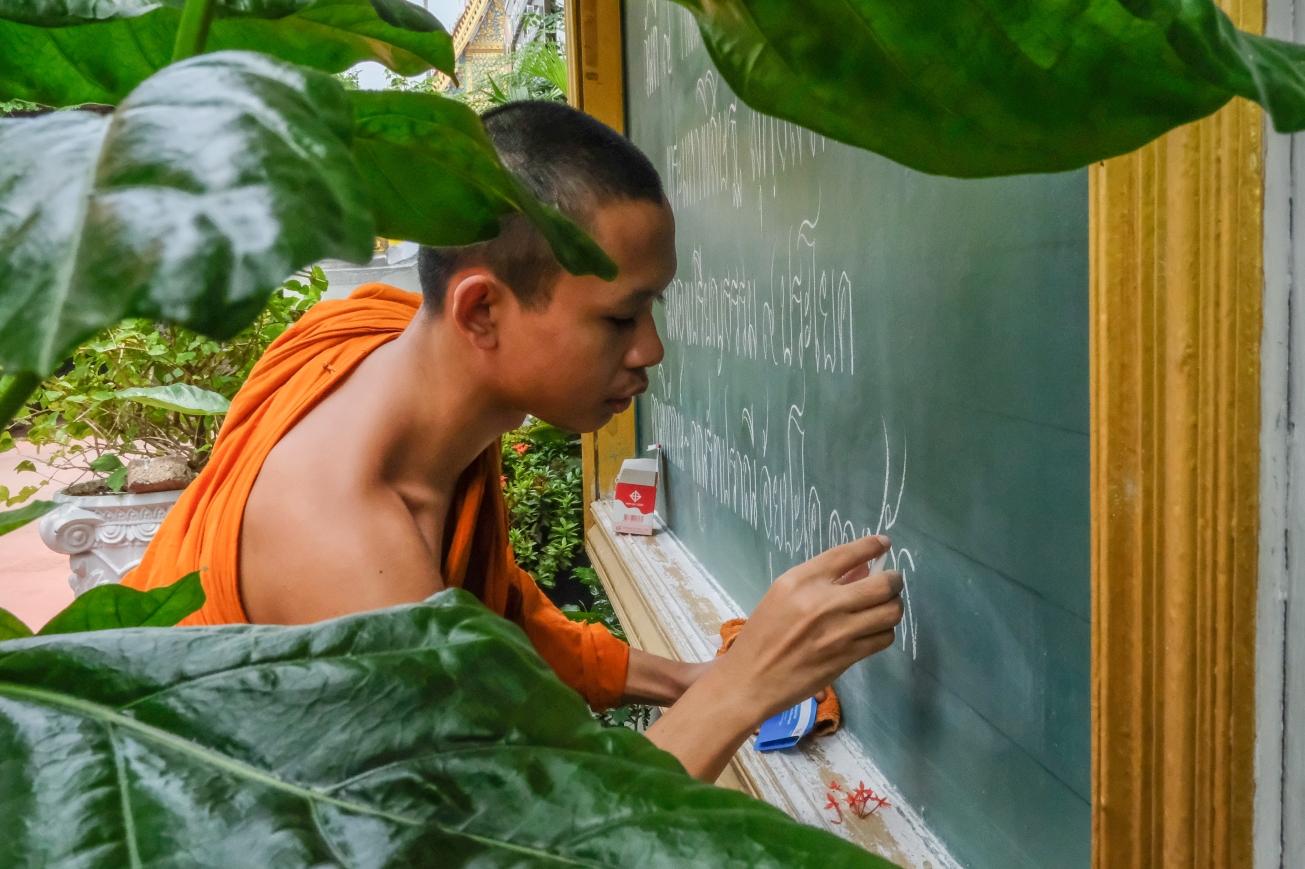 Young monk writing on a chalkboard at the temple.

One of the many photogenic characters we met on the walk.

Although most residents were eager to be photographed, some ran away.

In this traditional neighborhood, portraits of the late King Bhumibol were in abundance.

On the way to the walk, I saw several monks collecting alms. Monk at the beautiful Wat อาวุธวิกสิตาราม 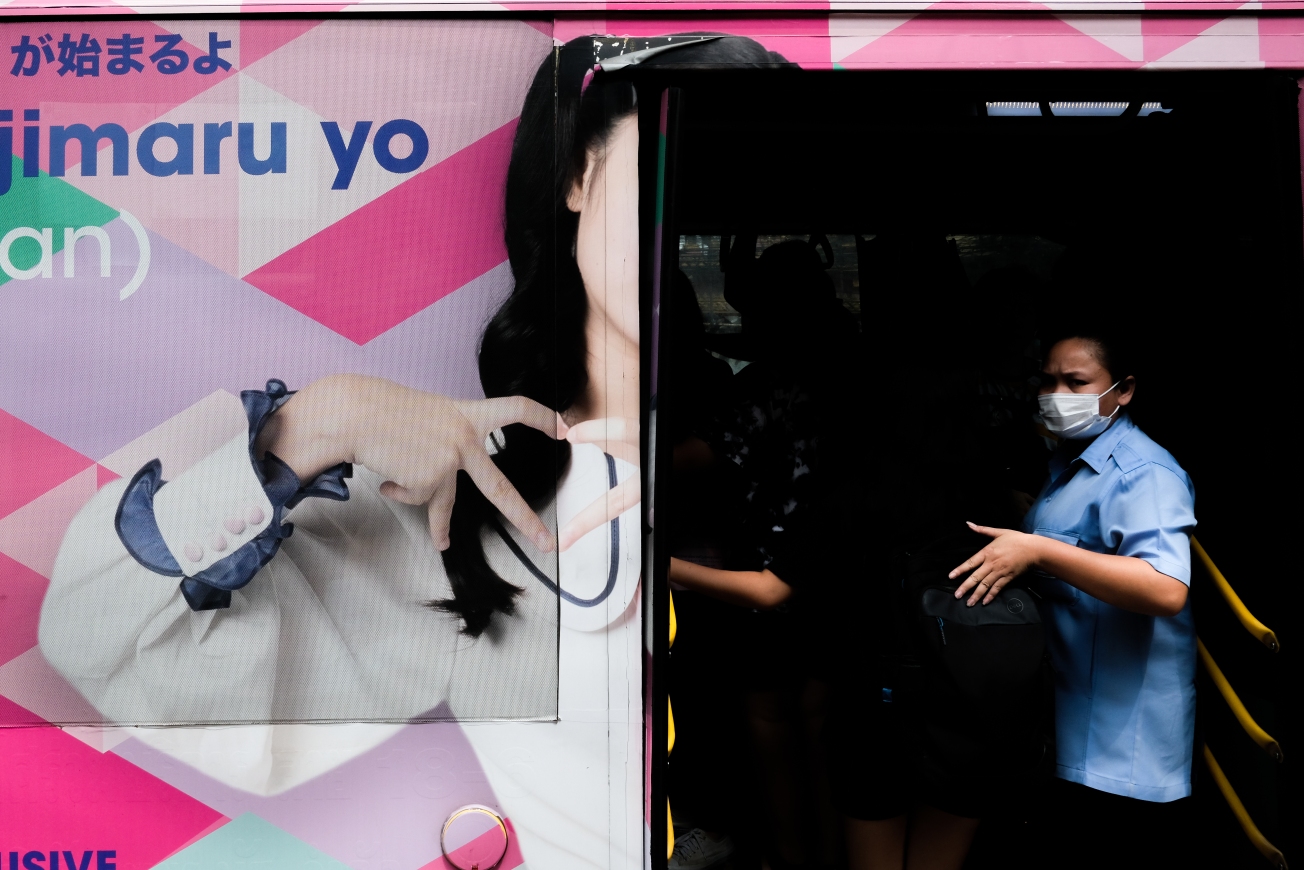 Novice monk at the temple – my last and favorite photo of the day.

If you live in Bangkok or are just visiting, you can find info on photo walks at Meetup.com or the Facebook group.

Special Thanks to Dennie Cody, Duangkamon Khattiya (DK), and Goran Ehren for organizing these walks.

Here is a map of the general area we visited. I’d highly recommend a visit if you want a tourist-free visit to a Bangkok neighborhood.

Here is a Google Map of the area.

Have you gone on a photo walk before?