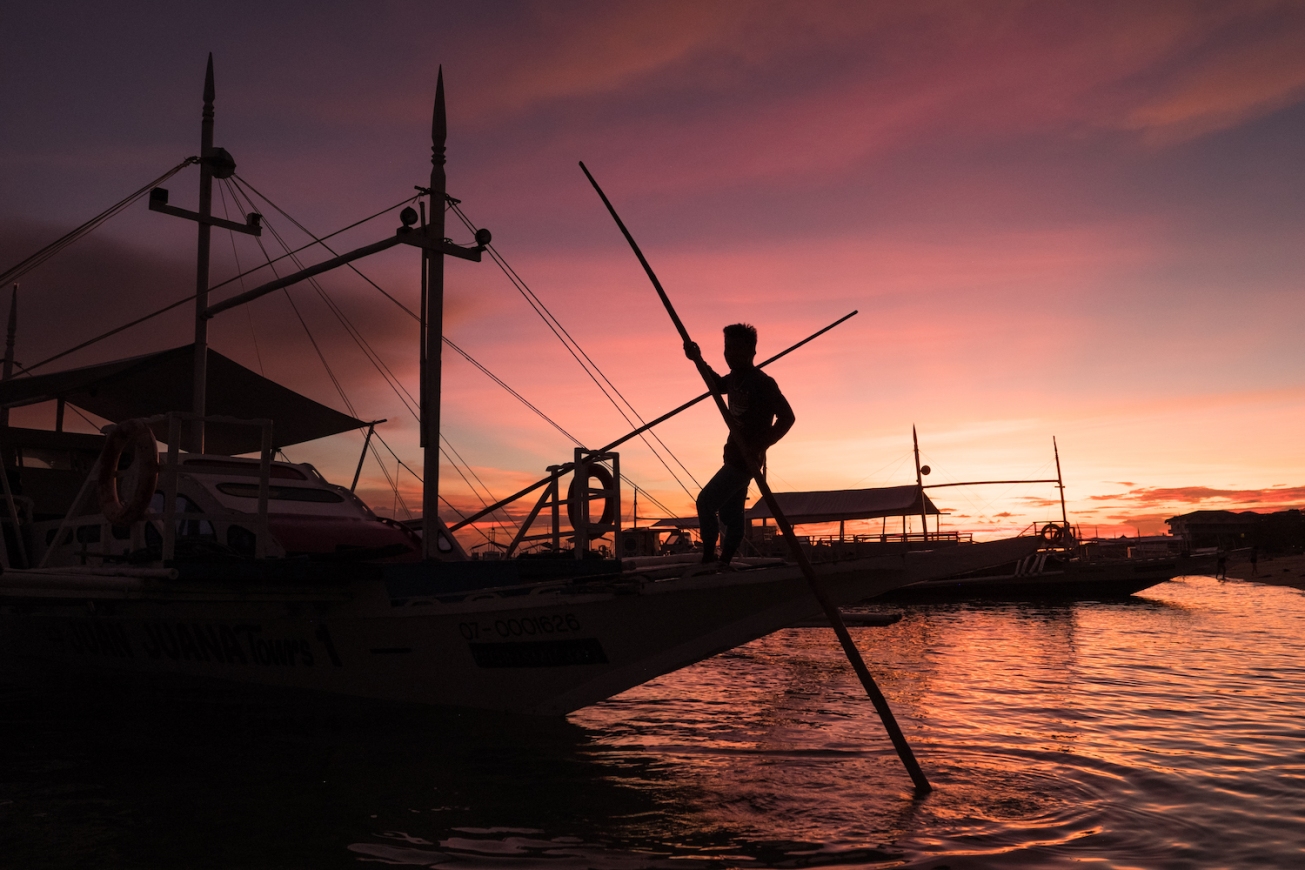 A great exercise to do at the end of each year for any photographer is to select your 10 best photos. By doing this annually, you can (hopefully!) see improvement and growth. It is also a fun way to reflect on the year and look ahead to the new one.

One major challenge in selecting the “best” photos for any photographer is the shooter’s bias. The photographer has an emotional connection to the moment, for better or worse, and has a feeling about the photo that an outside observer won’t have. This sometimes causes us to think our photos are better, or perhaps worse, than they are.

In 2018, I had the great fortune to travel to India, Sri Lanka, Myanmar, Laos, the Philippines, and Bangladesh in addition to spending one last summer in Alaska. It was a good year.

Without further ado, here are my top 10 photos of the year in chronological order.

1. Lovers Under an Umbrella – January 6 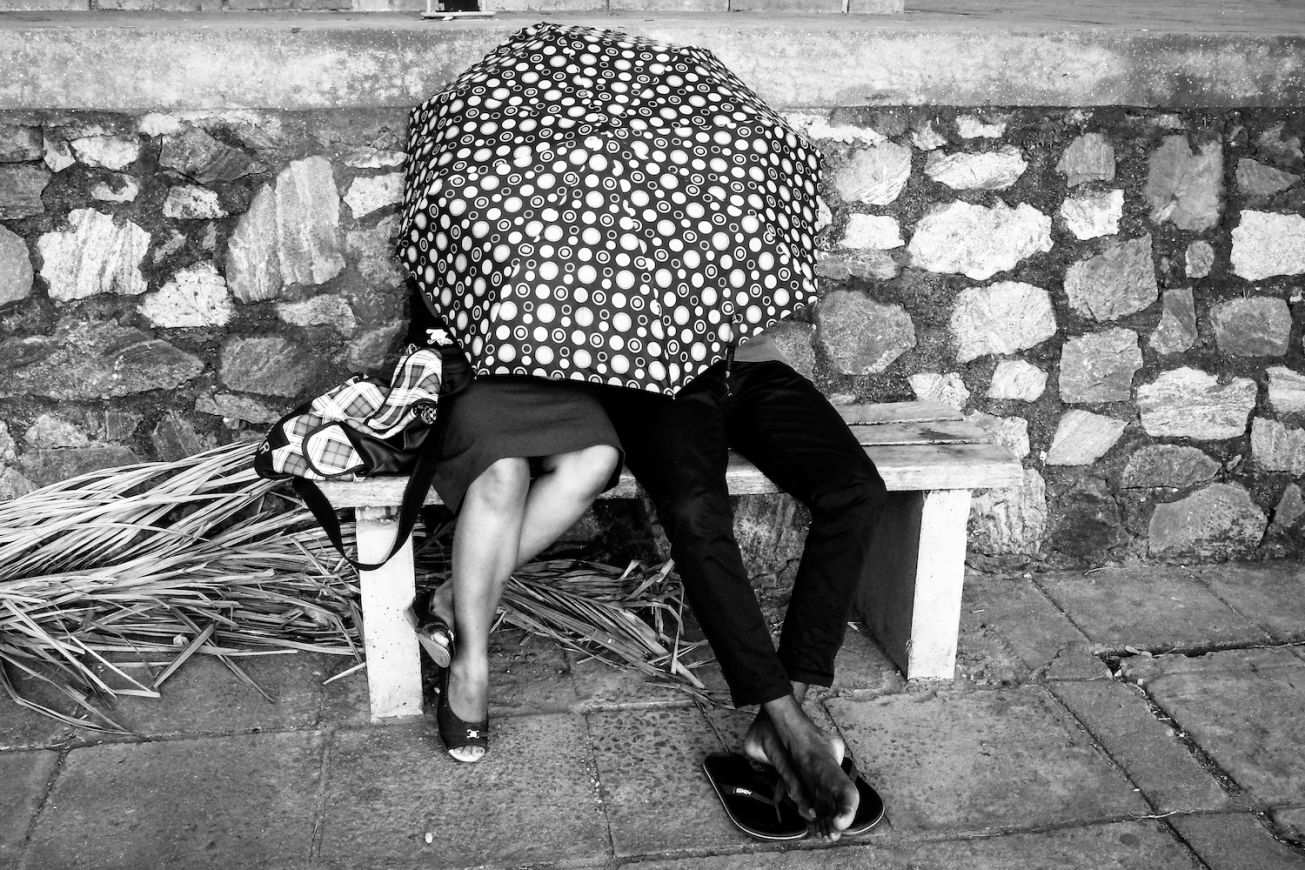 These young lovers were taking refuge from prying eyes and the hot sun at Galle Face Green, a busy seaside park in Colombo, Sri Lanka. I converted the photo to black and white because the patterns of the rock wall and umbrella really pop in B&W. I also really like the gestures of the legs and feet, and the mystery of not seeing the faces. 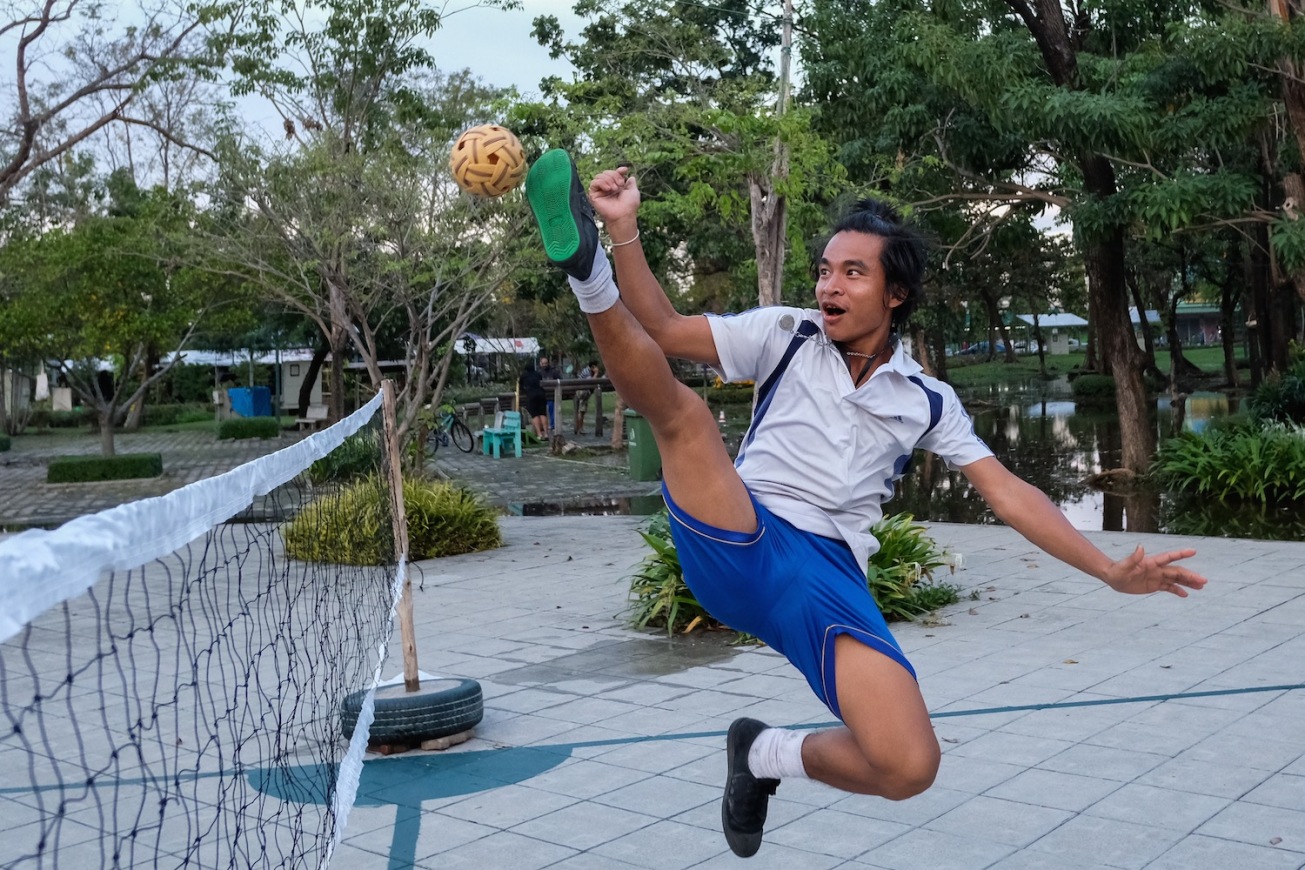 Sepak Takraw is a form of kick volleyball native to Southeast Asia. At a park near my house in Bangkok, men gather just about every evening for a game. In this photo, I love the expression on his face, the dynamic angle of his legs and arms, and the timing of the ball on this foot. This photo sums up the ninja-like skill and athleticism of the takraw players. 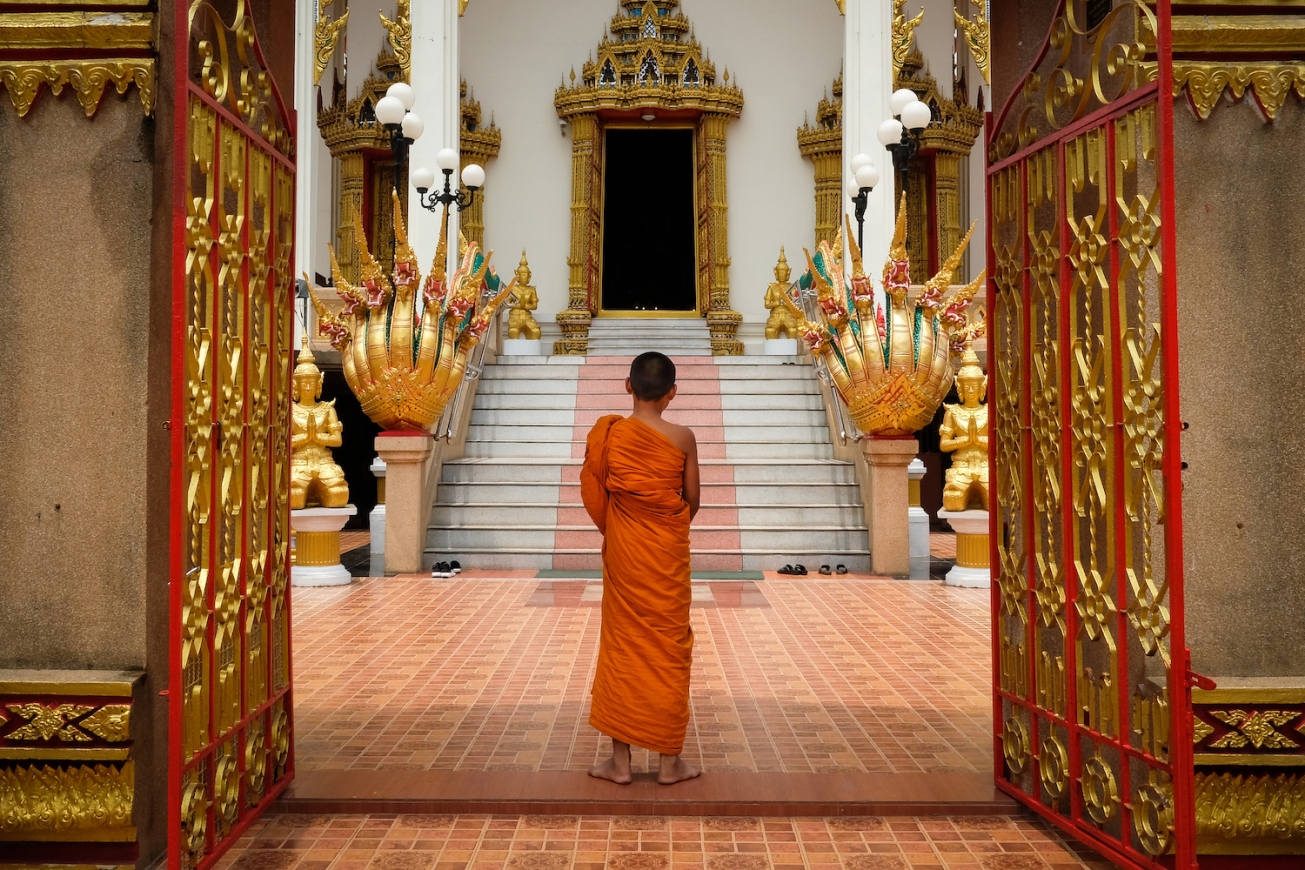 I took this photo during a photo walk with a large group of people in Bangkok and I have to admit that another photographer saw this scene first. Just out of view in this photo is a photographer on the ground shooting up at the monk and temple. I stood at eye level and focused on the symmetry of the building and the framing of the boy in the doorway.  This photo is a classic Thai travel photo, something that evokes the mystery of Southeast Asia.

Malapascua Island in the Philippines has a stunning beach with crystal clear water, but I was drawn to the activity of the people and the boats. When I was this boat about to depart, I hurried into the sea to get this silhouette of the boats and captain as he pushed away from shore with a bamboo pole. Although my wallet and shorts were soaked, it was worth it!

This photo is what I call my “desktop background” shot of the year. It looks like one of the those stock images that comes pre-loaded on your computer. At the White Island in the Philippines, I took a few snaps of this lonely umbrella from the shore, and then went for a swim to cool off. Once in the water, I saw this angle, got my camera, and waded into the water to get this shot. Although a simple photo, I put it in my top 10 because there is literally no one in the world who would not want to be under that umbrella right now.

The train market in Danyigon, Myanmar, is absolute madness. The train tracks are covered with vendors hawking their items, hordes of shoppers file through the market, and trains come and go, unloading throngs of people. When the train was in the station, I was able to get this complex image of vendors in the foreground and the train passengers in the background.  The photo is a little busy, but the atmosphere was pure chaos so I think it accurately illustrates the situation. 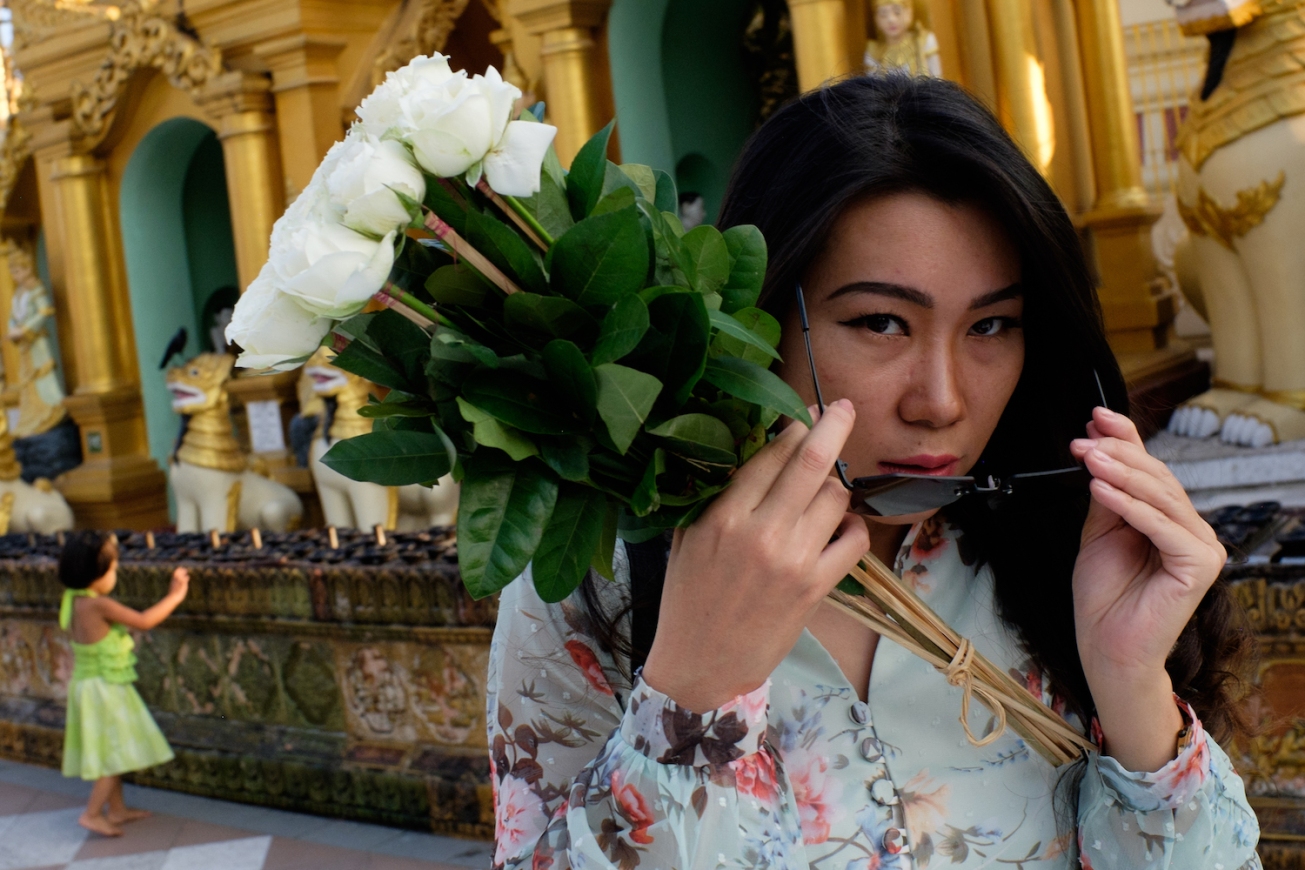 At the Shwedagon Pagoda in Yangon, I saw this woman with flowers taking off her sunglasses and I quickly snapped a photo. I got lucky to get the girl and pigeon in the background as a little bonus. I had a lot of good shots from Shwedagon, but I put this in my top 10 due to the simplicity and uniqueness.

Initially, I didn’t think I got the photo of this man hauling freshly skinned chickens at the San Pya Fish Market in Yangon. On closer look, I like how the worker’s face is mostly hidden except for his eye which matches the rhythm of the chicken eyes. This photo got the strongest reaction and most comments of any photo I posted on social media, which is usually a sign of an interesting photo, and for that reason I put it in my top 10.

This colorful photo does not accurately illustrate the scene. Visiting the ship breakers yard in Dhaka, Bangladesh, is like going to the gates of hell. People work in dangerous conditions without any safety protection for a few dollars a day. However, I found one ship that was being painted bright colors and like a moth to flame I was drawn to it. I took dozens of photos of workers painting the boat, but I liked this one the best for the simplicity, color, and mystery. It isn’t obvious that the man is painting which makes the viewer question what is going on.

On the outskirts of Dhaka, Bangladesh, there is a sea of brick factories that employee thousands of people. Workers form bricks from mud and let them dry in the sun before firing them in massive kilns. Once the bricks are cooked, workers move them by hand to trucks. It is backbreaking work in harsh conditions. I like this photo becuase of the simplicity and symmetry. The arms, smoke stacks, and bricks on the head have a nice rhythm. The stacks of bricks in the foreground give it a sense of place, and the sky is simple and uncluttered. This was one of the last photos I took in 2018, and also one of my favorite.

If you have a similar year end photography or travel post I’d like to check it out – you can drop a link in the comments. Also, if you have a favorite photo in the set I’d like to hear your thoughts. Thank you for following along in 2018 and happy shooting in 2019!