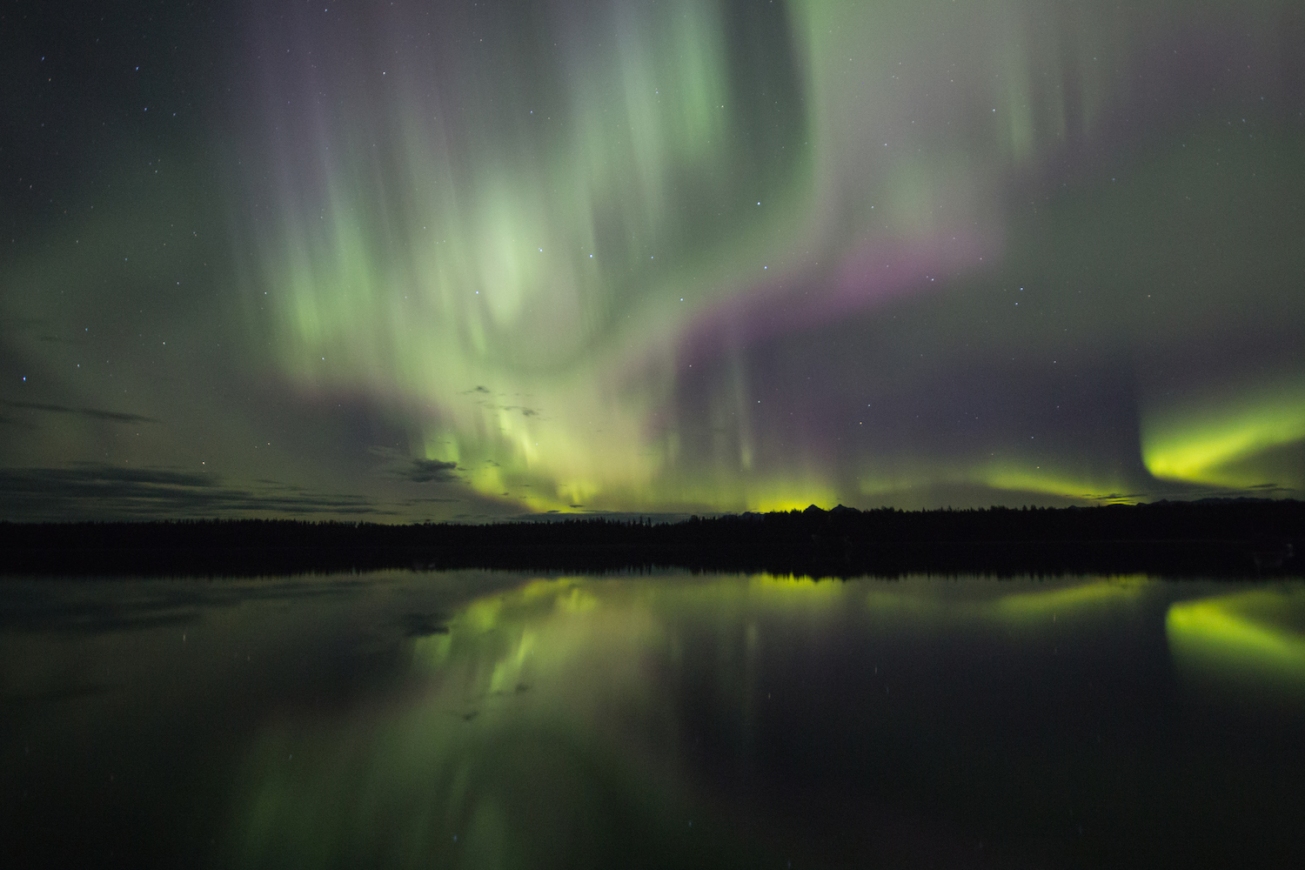 I was about to go to bed when a co-worker started pounding on my door while screaming my name. When you live on-site and work at a hotel, having someone frantically pound on your door at night is never a good thing. I assumed the lodge was on fire, or perhaps worse, the bar ran out of beer.

“THE LIGHTS ARE OUT! THE LIGHTS ARE OUT!!!” she shouted. Although I was exhausted and about to sleep, I did the only sensible thing in this situation – I grabbed my camera, cold weather gear, two beers and ran down to the pier. When I arrived, I looked up and saw this – 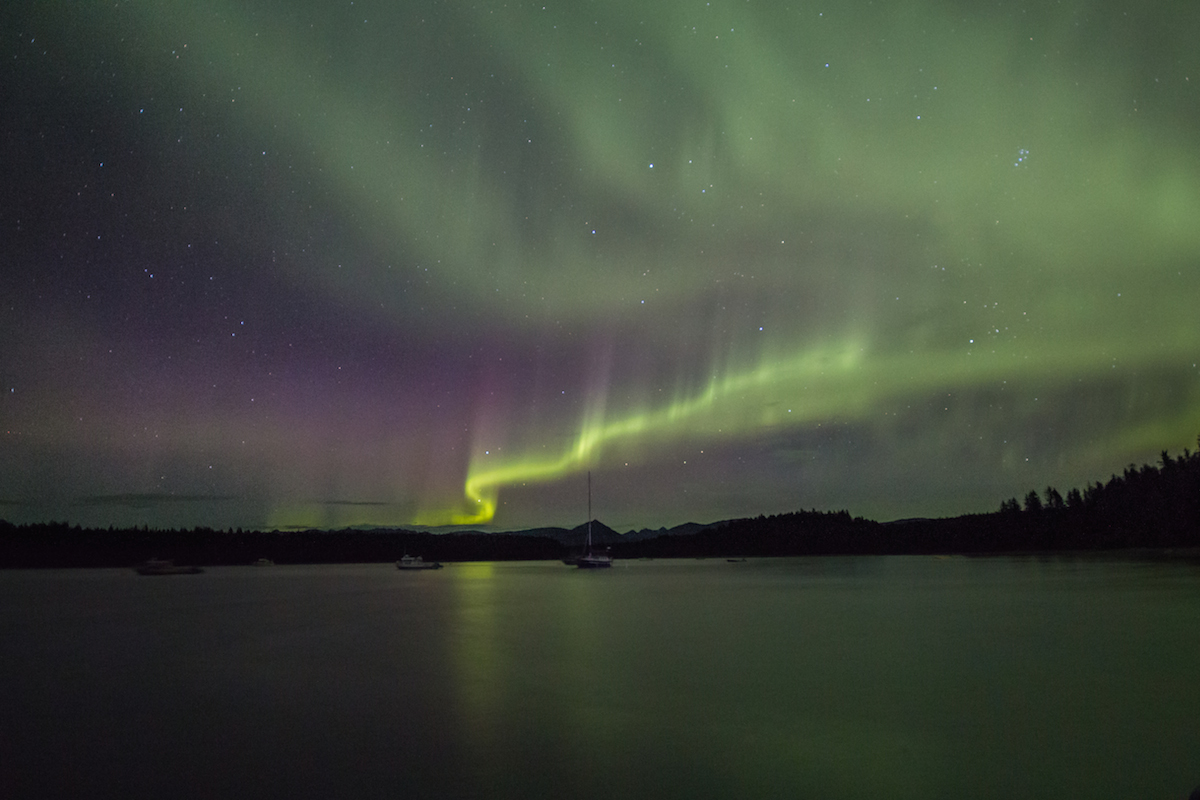 For several hours, the northern lights danced around, setting the northern sky ablaze. It was an above average northern lights show, and I got some decent photos with the lights reflecting slightly in the water. I felt a deep sense of awe watching them, and a sense of victory – I got to see the lights this year! – something that isn’t necessarily guaranteed. Little did I know that the best was yet to come.

Two days later the skies were clear and the northern lights forecast called for high activity. I went out shortly after sunset to look up, wait and watch.

Early in the evening, with an orange glow from the setting sun still visible in the western sky, the lights burst from the heavens and danced above, displaying vibrant greens, yellows and purples. Bartlett Cove was a mirror, reflecting the elaborate show of lights. Every 20 or 30 minutes, the sky would ignite, sending columns of fire dancing across the sky. Sometimes the lights would be directly overhead, with shafts of surrealistic light beaming down from above like something from God’s chandelier. It was the best aurora borealis display I’d seen in 12 years in Alaska. 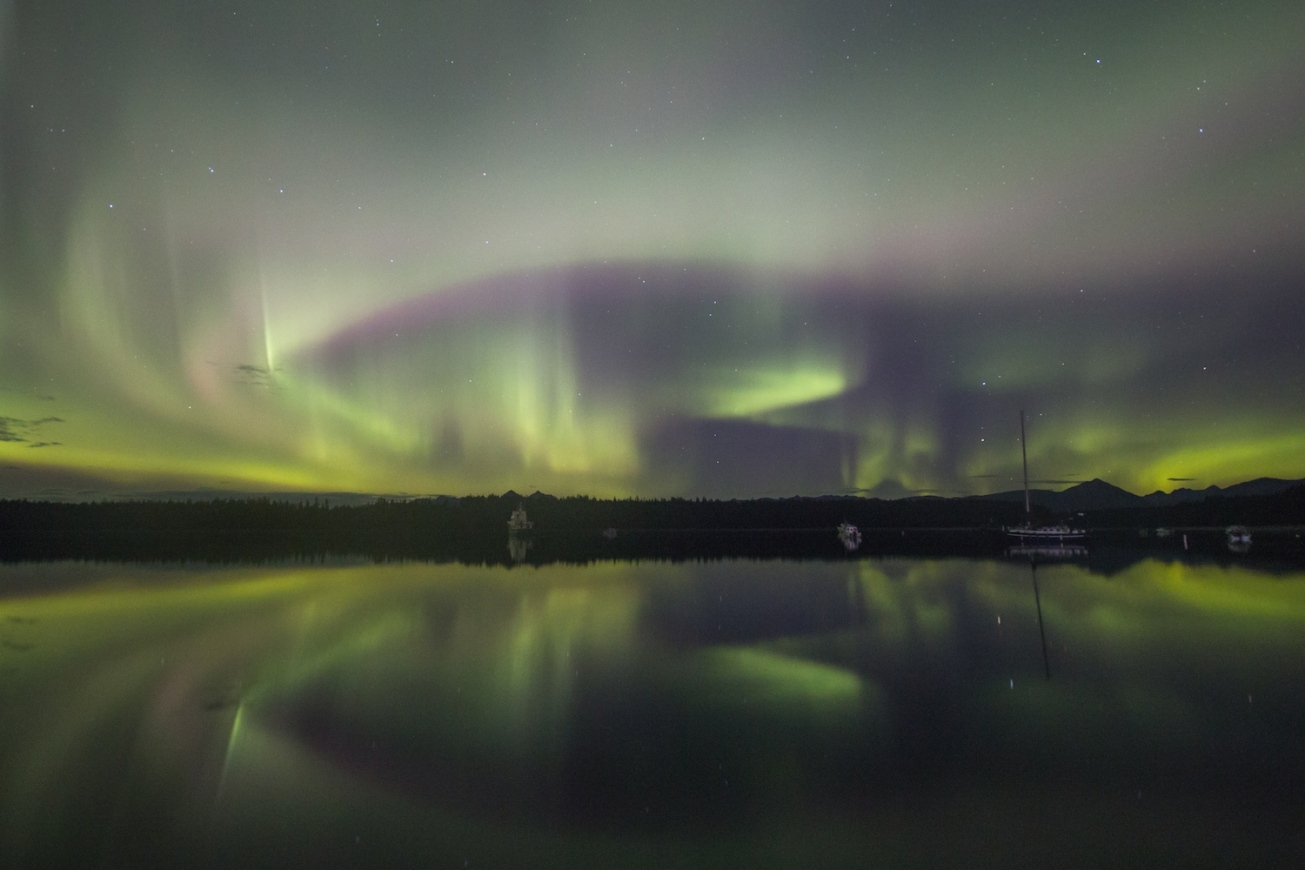 As I watched the lights for hours that night with a rotating cast of co-workers, tourists and locals, I realized that people react differently to the lights. Some of those watching with me sat in silence, some furiously took photos while others offered words of encouragement as they started to appear – “Come on! Come on!” I have known some people to howl at the lights like wolves, but it should be noted that those people bring more than two beers with them. When with others, I usually talk dirty words of encouragement to the lights. “Oh, yeah, dance for me girl. Yeah, dance for me Aurora. Do your thang, girl!” When alone, I usually watch in a state of wonder, maybe whispering WOW over and over again. The lights, no matter where you see them or what your reaction, are worth missing a night of sleep over. 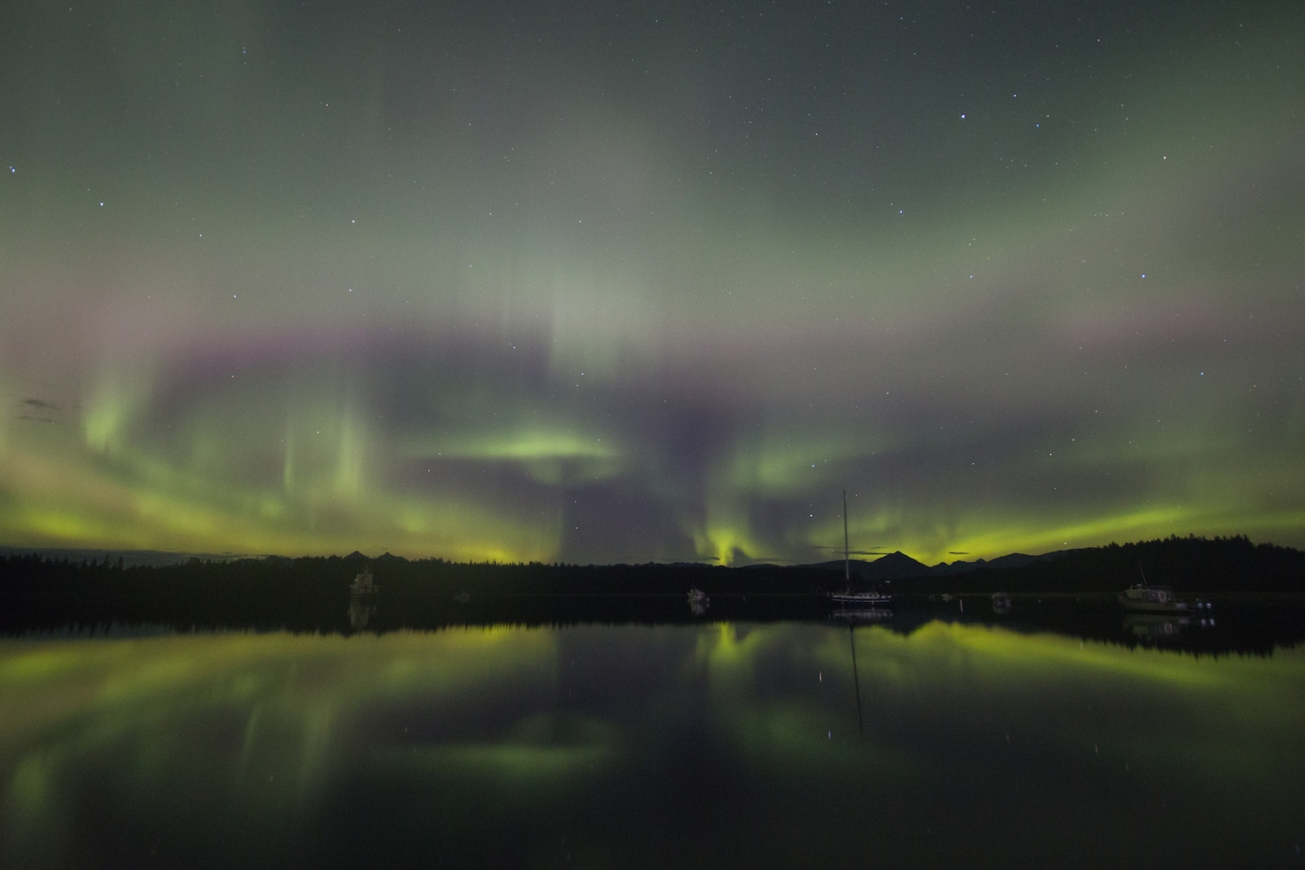 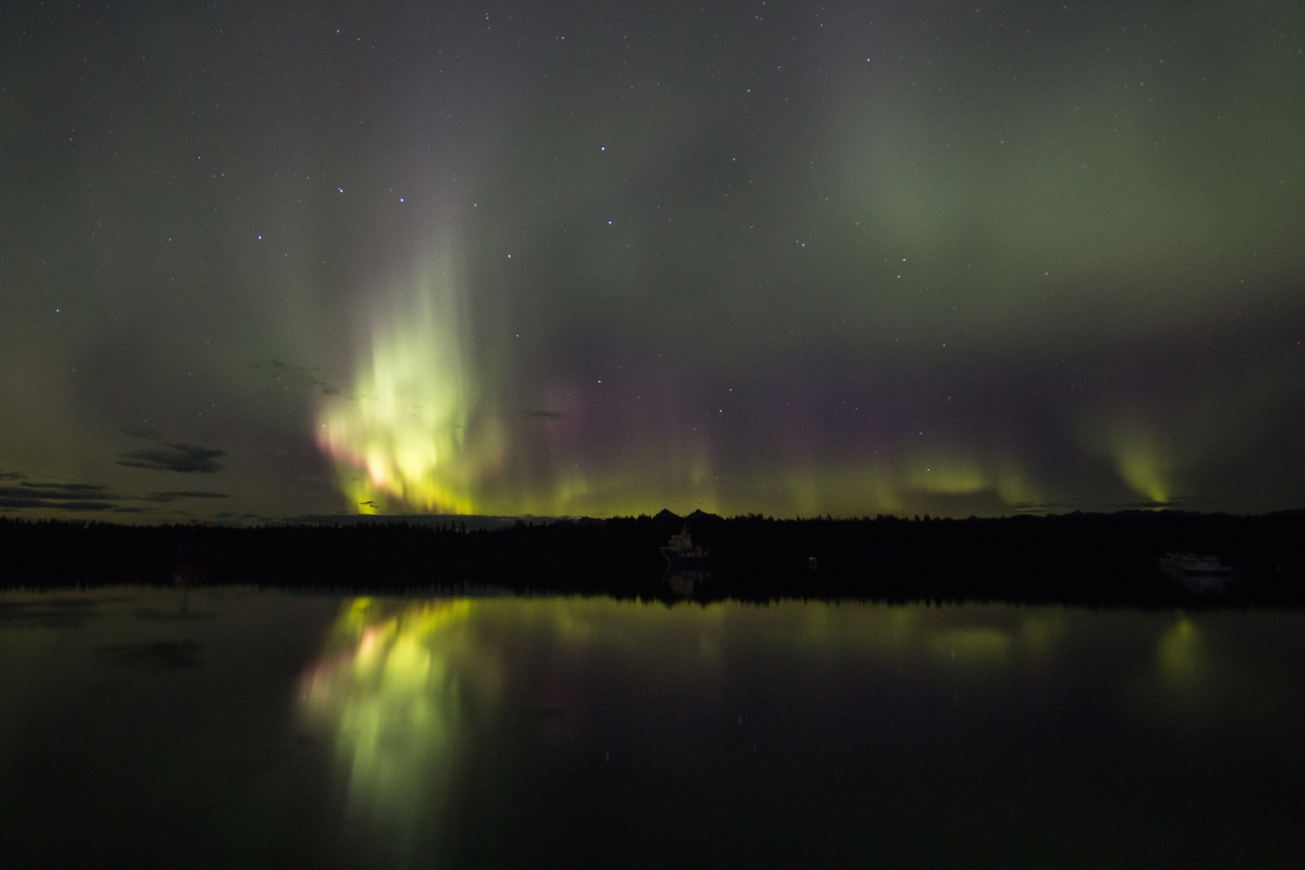 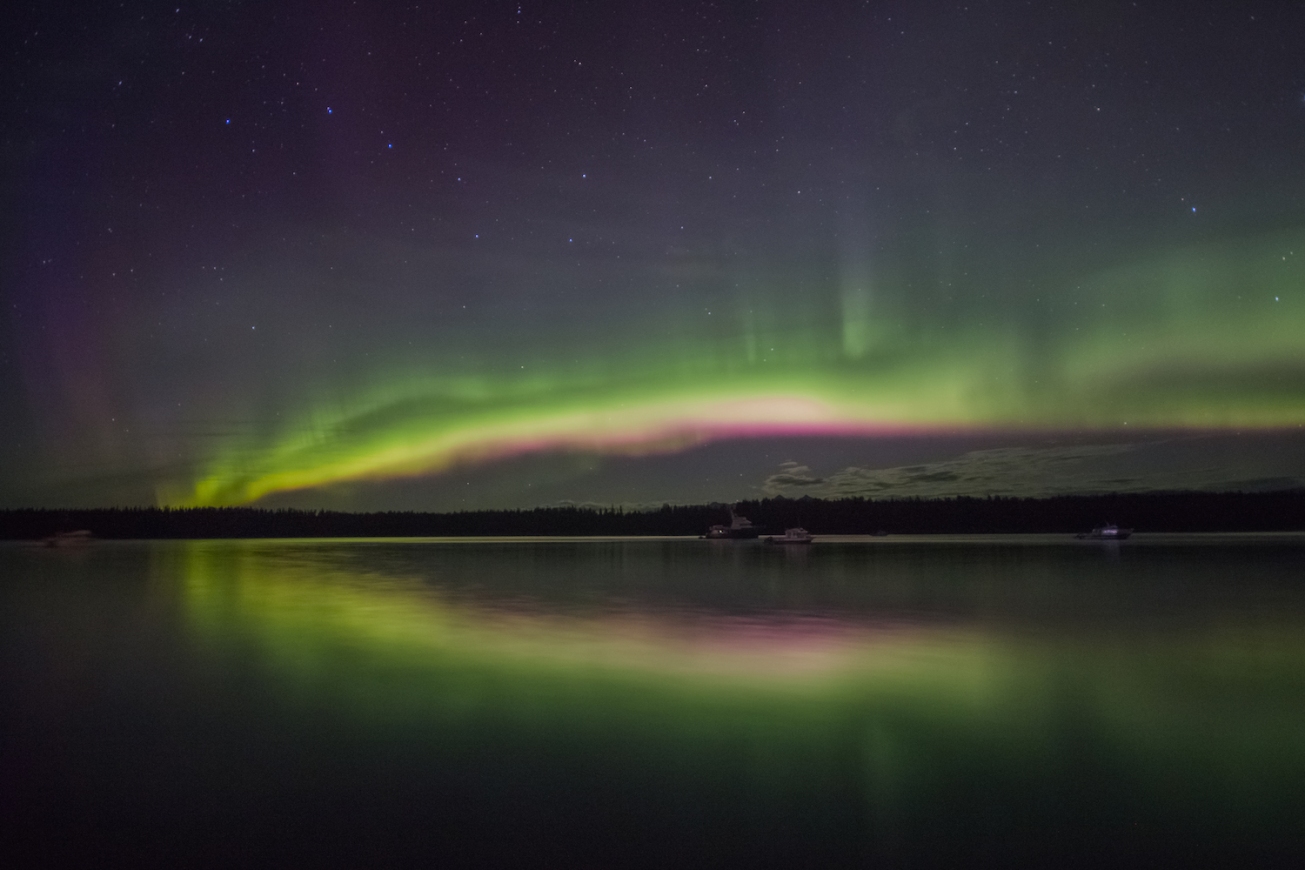 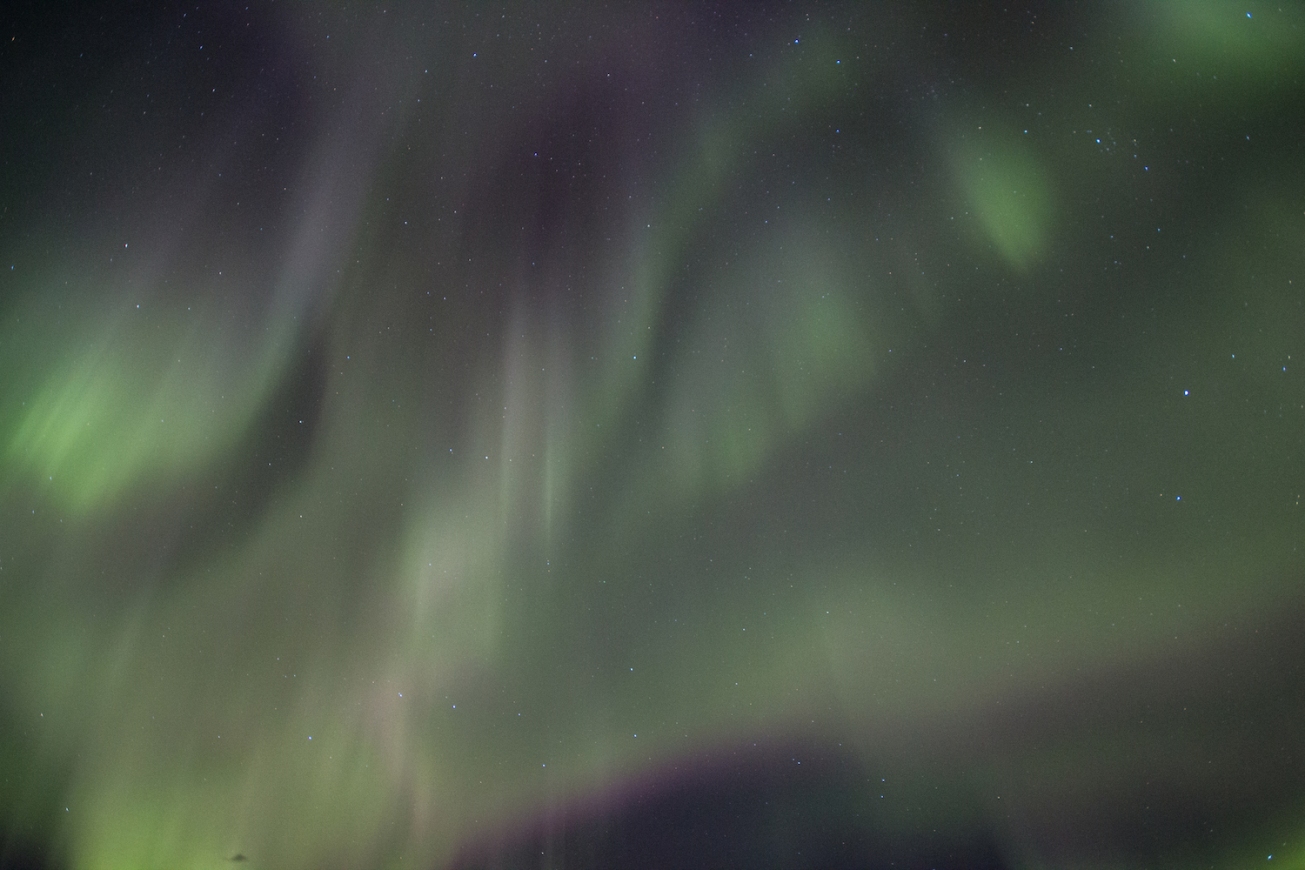 46 thoughts on “Northern Lights over Glacier Bay, or The Best Aurora Show I’ve Seen in 12 Years”