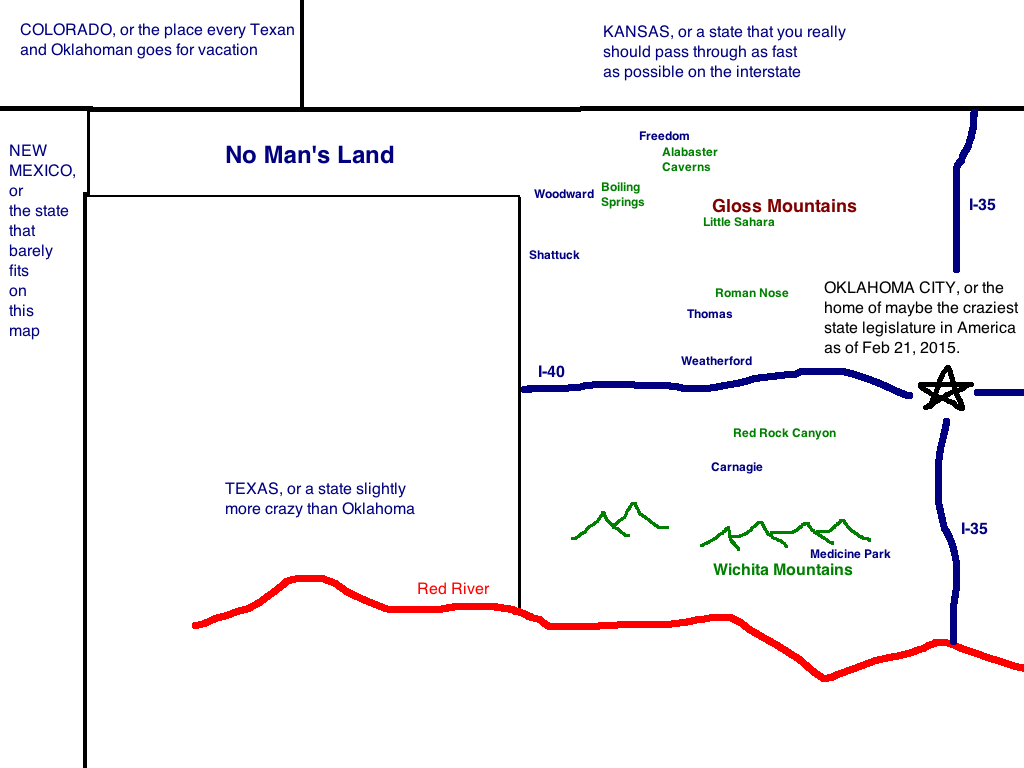 Points of interest in western OK.

When I tell people I’m from Oklahoma and ask them if they’ve ever been there before, I almost always get the same reaction. They look off into the distance, their brow furrows and a distressed look enters their eyes. “Yes, I drove through it once,” they say. “It was the longest, most boring drive of my life.”

Oklahoma is neatly bisected by I-35 and I-40, two major interstates that connect east and west, north and south, and intersect in the center of Oklahoma City, the state capitol. In addition, I-44 branches off from OKC, up through Tulsa and on to Chicago. Almost anyone who has driven cross-country has cruised through this surprisingly large state and by all accounts, came away deeply unimpressed.

This is no surprise. In the words of Charles Kuralt, “Thanks to the Interstate Highway System, it is now possible to travel across the country from coast to coast without seeing anything.” The interstates pass through some flat and featureless land in Oklahoma. But a detour from the interstate highway will reveal a state with surprising landscapes and friendly small towns. Next time you are passing by, get off the interstate and see these places.

The most obvious detour in western Oklahoma is the Wichita Mountains and the eponymous national wildlife refuge. Frequently listed in travel magazines or blogs as one of the unknown gems in America, this park is home to herds of bison, elk, longhorn cows, white-tailed deer and small animals such as prairie dogs, rabbits and fox. There are miles of hiking trails, several lakes and rugged mountains that look more like the foothills of the Rockies and unlike anything you’d expect in a flat state like Oklahoma.

In the northwest part of the state are the Gloss Mountains, an area that is a baby Utah, a poor-man’s Arizona, a miniature New Mexico. Wow, I’m really selling it. This land of ochre mesas and rugged hills is one of my favorite places in the state. The small Gloss Mountains State Park has a hiking trail that leads up Cathedral Mountain where it is possible to walk atop the mesa and enjoy 360 degree views of the area.

There are a handful of unique state parks in the northwest part of the state, from the Little Sahara Sand Dunes to forested Boiling Springs to the Alabaster Caverns, these are little pockets of parkland amidst miles of farms. One of my favorites is Roman Nose State Park with a couple of beautiful hiking and bike trails, plus a lake that is usually deserted during the week. These are great places to camp for the night, sleep in a cabin or go for a short walk to stretch your legs after all those miles in the car. 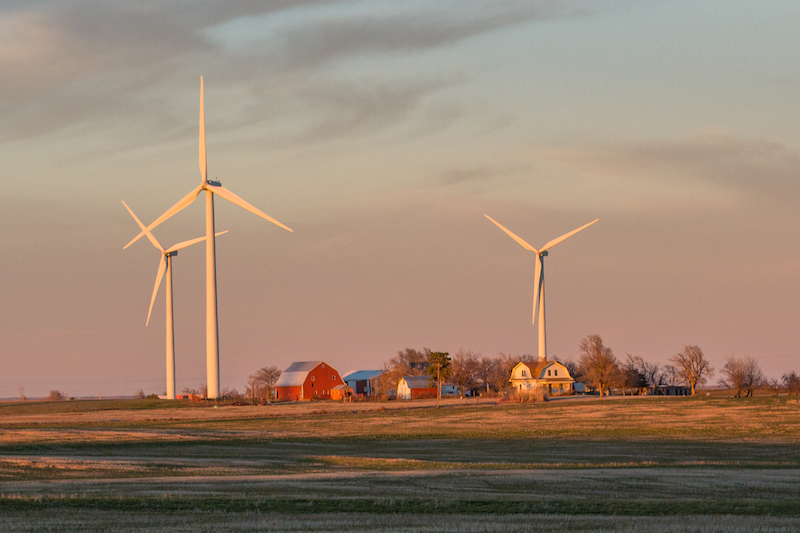 Although sparsely populated, the Great Plains are hardly pristine wilderness. Almost every speck of land has been transformed by man, plowed into farmland or turned to grazing pastures for cows. Grain elevators, oil rigs and windmills dot the skyline; tractors and farm machinery lend a photogenic charm to every view.

When you stop off to refuel your car or get a bite to eat, you will meet some of the friendliest and nicest people on Earth, although I wouldn’t recommend wearing a turban or burqa or a hoodie. Even if you know where you going, ask directions and watch how helpful the locals are. A couple of my favorite little towns, which I am sure once this is read by fellow Oklahomans they may think I am crazy, include the following:

I’m not advocating that you spend your hard-earned vacation time visiting western Oklahoma, but if you have an extended vacation or are on a cross-country road trip, by all means, take a couple of days and drive the backroads of the western half of the state and see a side of America few outsiders see. And if we ever meet and I tell you that I am from Oklahoma, you can say, “I went there once. It was surprisingly interesting.” 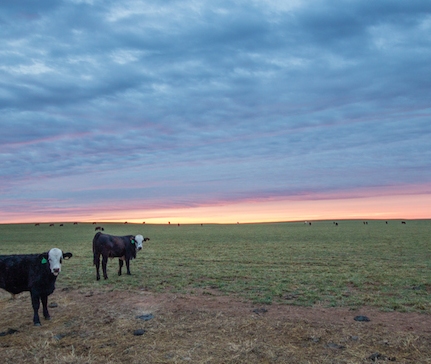 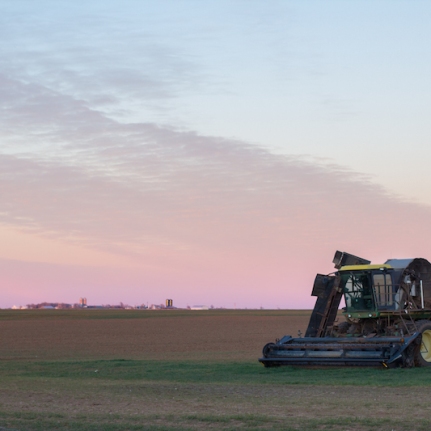 Windmill in winter near Thomas.

Train passing through the Gloss Mountains 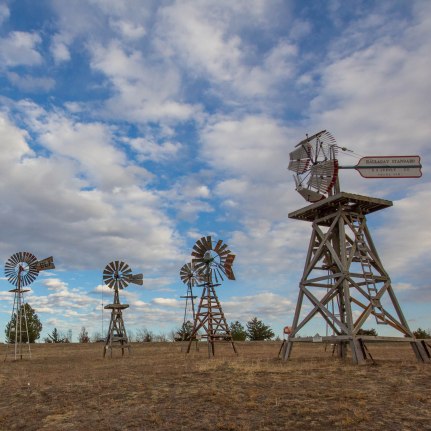 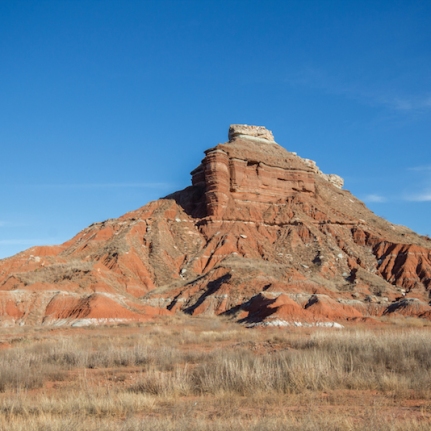 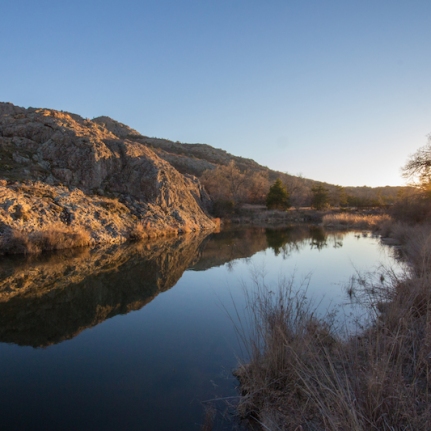 Pond in the Wichita Mountains near Elk Mountain 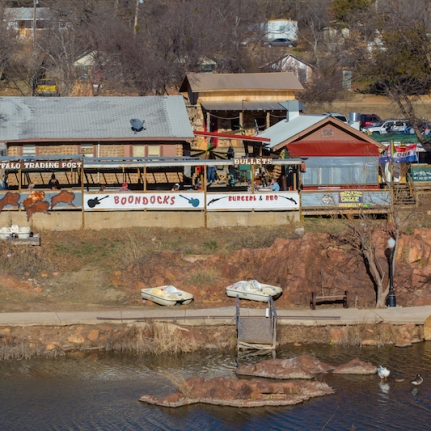 Have you ever traveled through Oklahoma?

What did you think?