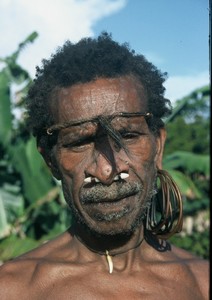 This year we are traveling to a country that, on the surface, is very intimidating.
It is home to the most pirate attacks per year, beating Somalia. (It is never good to be worse than Somalia at anything.) It is a country where people are suspected of practicing cannibalism (see footnotes). It is the 4th most populous country on earth and has the world’s largest Muslim population, which is intimidating to people who vote Republican.

It has 127 active volcanoes and is famous for some of the most violent eruptions ever known. It bore the brunt of the 2004 Boxing Day tsunami where 200,000 people died and half a million were displaced.

Oh, and the country also has man-eating lizards.

If all of that isn’t terrifying enough, it is the place were a 6-year-old Barack Hussein Obama was taken to be brainwashed so that he could later take over the USA in a democratic election and bring down the country from within through healthcare reform.

This is one bad-boy country, a country you can’t exactly take home to mom. The country is Indonesia, and that is where we are headed in October.

Why did you decide to go to Indonesia, you are asking? We had two very important requirements for travel this winter: cheap and warm. After hemorrhaging money all over Italy last year and suffering through an Alaskan winter, cheap and warm were priorities. Indonesia fits both requirements.

Aside from that, Indonesia has many things we love to see and do. We love visiting ruins and temples, something Indonesia has in abundance. We love climbing volcanoes. (Correction: I love climbing volcanoes). We enjoy a day at the beach, something Indonesia can do better than just about anywhere in the world. We love the vibrant culture and friendly people of Asia. We love visiting a temple and getting our photo taken with 30 locals. We love walking by a school and having 20 kids shout Hello! Hello! Hello!

Indonesia is a surprisingly vast country

Indonesia, with 17,000 islands and over 200 languages, seems like a challenging and exciting country to visit. Just the names of the islands – Bali, Sulawesi, Borneo, Papua, Sumatra – evoke a sense of exotic adventure.

We have 60 days in Indonesia and no concrete plan. We will of course start out visiting Java, Bali and Lombok. I’d love to make it all the way out east to Papua, commune with cannibals and pick up a penis gourd souvenir, but Indonesia is surprisingly vast. It will take time and money to go that far. If not Papua, perhaps we will trek to the interior regions of Sulawesi, or hang out with orangutans in Sumatra. No matter what, adventure awaits, because it is Indonesia.

Hopefully these guys won’t eat me.

After booking these tickets, I realized that this is an accidental Eat, Pray, Love tour we are on, because two years ago we went to India and last year Italy. Now we will see Bali. I have seen many women carrying around that polarizing book the last few years and I am sure it will be the same in Bali, as girls seek their own personal Javier Bardems.

For my part, I won’t be seeking Love (already have that) or Pray (although I could use some), but I will be seeking some Eat. I love Asian food and eating my way through the archipelago may be the highlight of the trip. And if I come back with a taste for human, you will know that we made it all the way to the Papua.

Have you been to Indonesia?

I’d love to hear any advice you have.

Note: in researching this post, I found out about a man-eating cult in Papua New Guinea. Check out these crazy-stories from 2012 and 2013.