When I arrived at the shipyards in Dhaka, Bangladesh, I thought maybe I’d passed through the gates of hell and ended up in Dante’s first circle. All along the riverfront, massive cargo ships have been hauled onto land where they are undergoing repairs. The scene is like a post-apocalyptic wasteland.

The first thing I noticed was the noise. Groups of men remove the rust from the ship hulls the hard way – by knocking it off with a hammer. The constant hammering of the steel creates a deafening CLANG-CLANG-CLANG. I moved in close for a few seconds to get a photo and the racket rocked my head. I can’t imagine dealing with the noise all day. Every worker, no doubt, has hearing damage from the constant banging and lung damage from breathing a cloud of rust.

The next thing I noticed was the air. A haze of dust and smoke hung in the air and imbued the morning light with an eerie quality. And then I saw how all of the people were working in totally unfair conditions: men wearing sandals were carry cumbersome steel beams and sheets of iron, workers use makeshift wooden ramps to climb up the massive ships and use rickety carts to transport boat propellers that weigh as much as a small car. No one is wearing hard hats, steel-toed boots, respirators, or safety orange.

Children play among the towering ships and metal scraps. Although it isn’t an ideal playground, it is better to be one of the children playing and not working. Kids who haven’t yet reached their teens work amongst toxic fumes forging boat parts.

Despite the constant noise, toxic smoke, and dangerous working conditions, the people are exceedingly friendly. Dozens of workers shook my hand and posed for photos. The men are upbeat, positive, and hard-working. And even though the conditions are genuinely hellish, the people do their best to make it work.

The photos below belie the harsh conditions. I spent much of my time photographing a set of colorful boats that were bathed in the morning light. I didn’t get any good shots of the dark and gritty work going on behind the scenes, and maybe that is for the best. When I look at these colorful photos, I’m reminded of the bright smiles and resilience of the people of Bangladesh. ◊

21 Photos of the Dhaka Shipyards 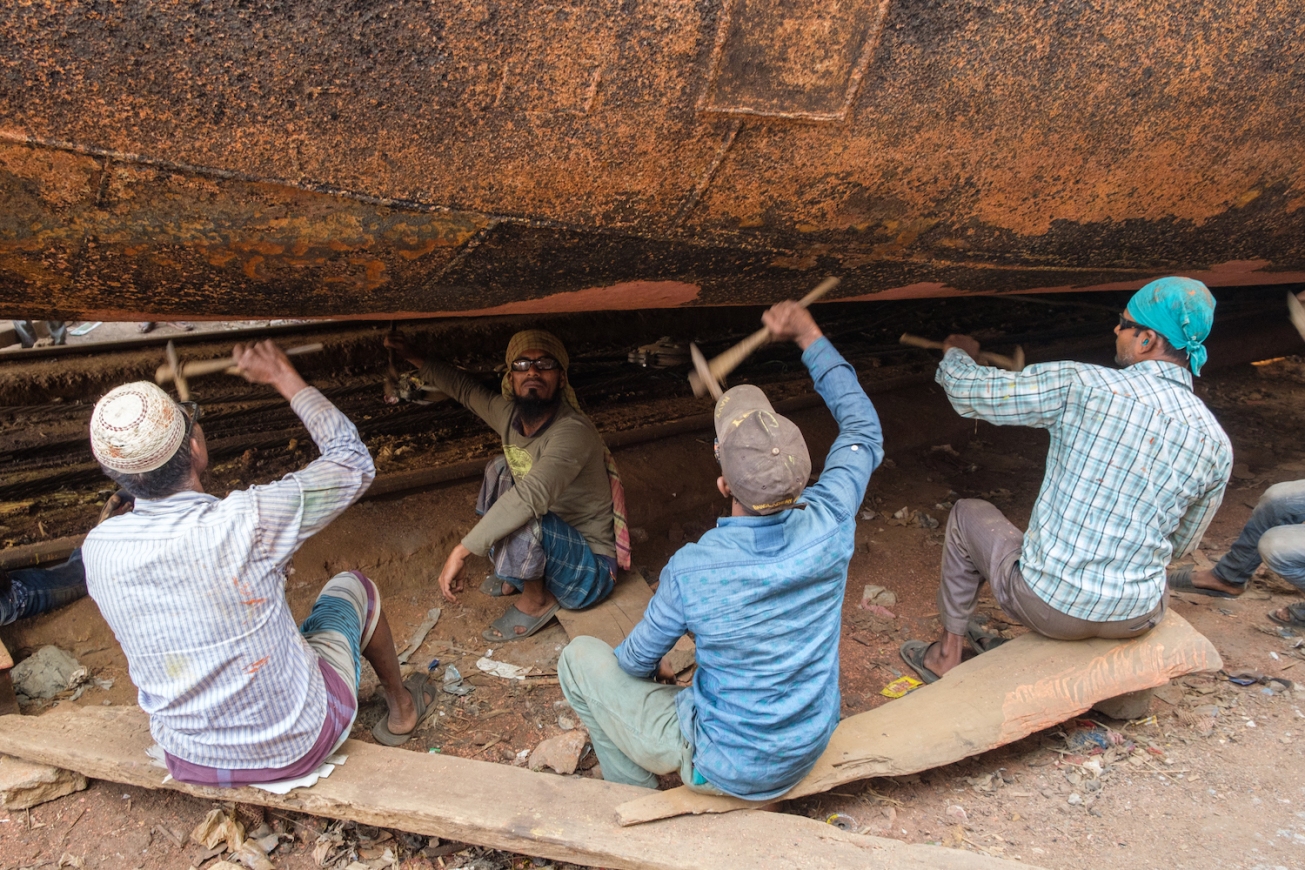 Workers remove the rust by hammering it off by hand. The sound is deafening. 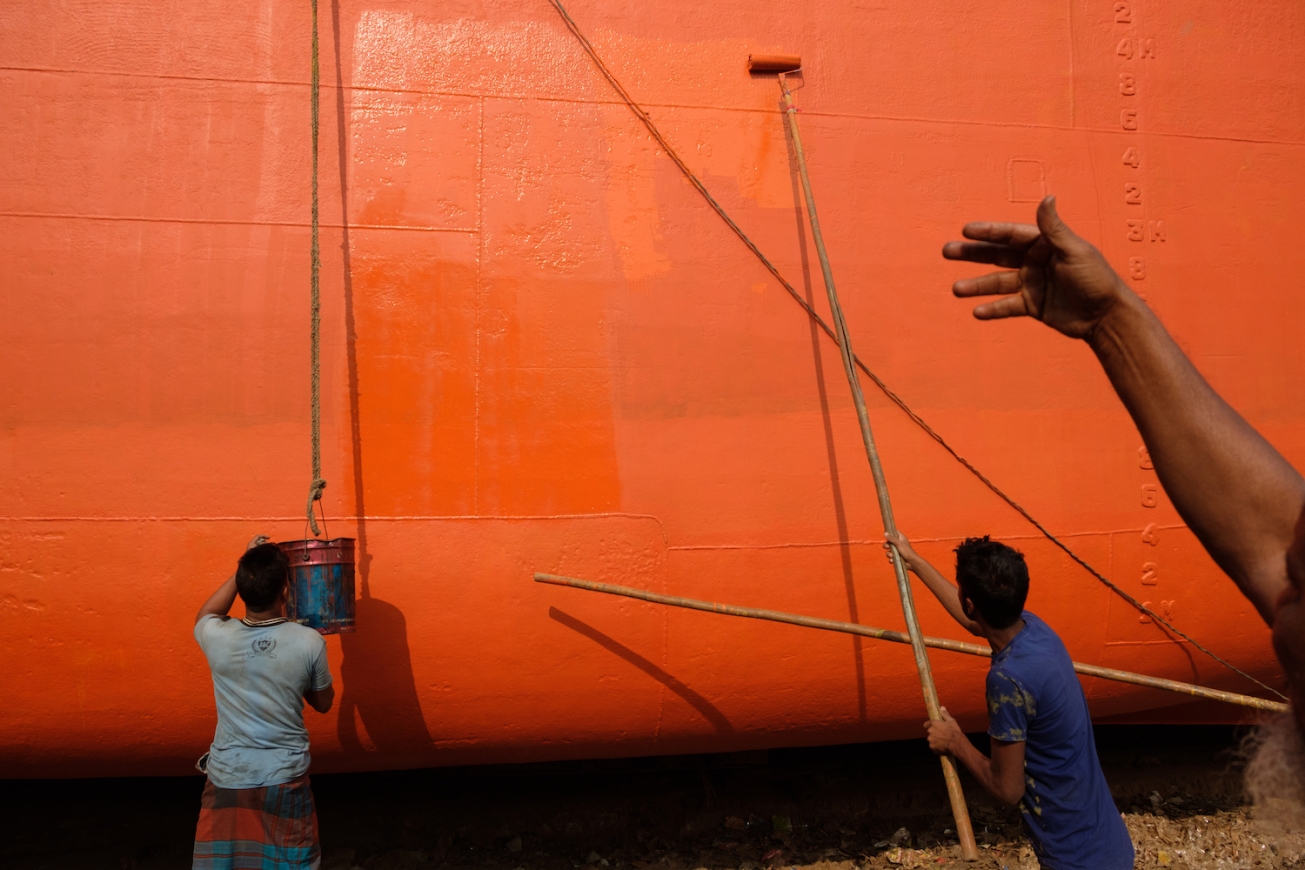 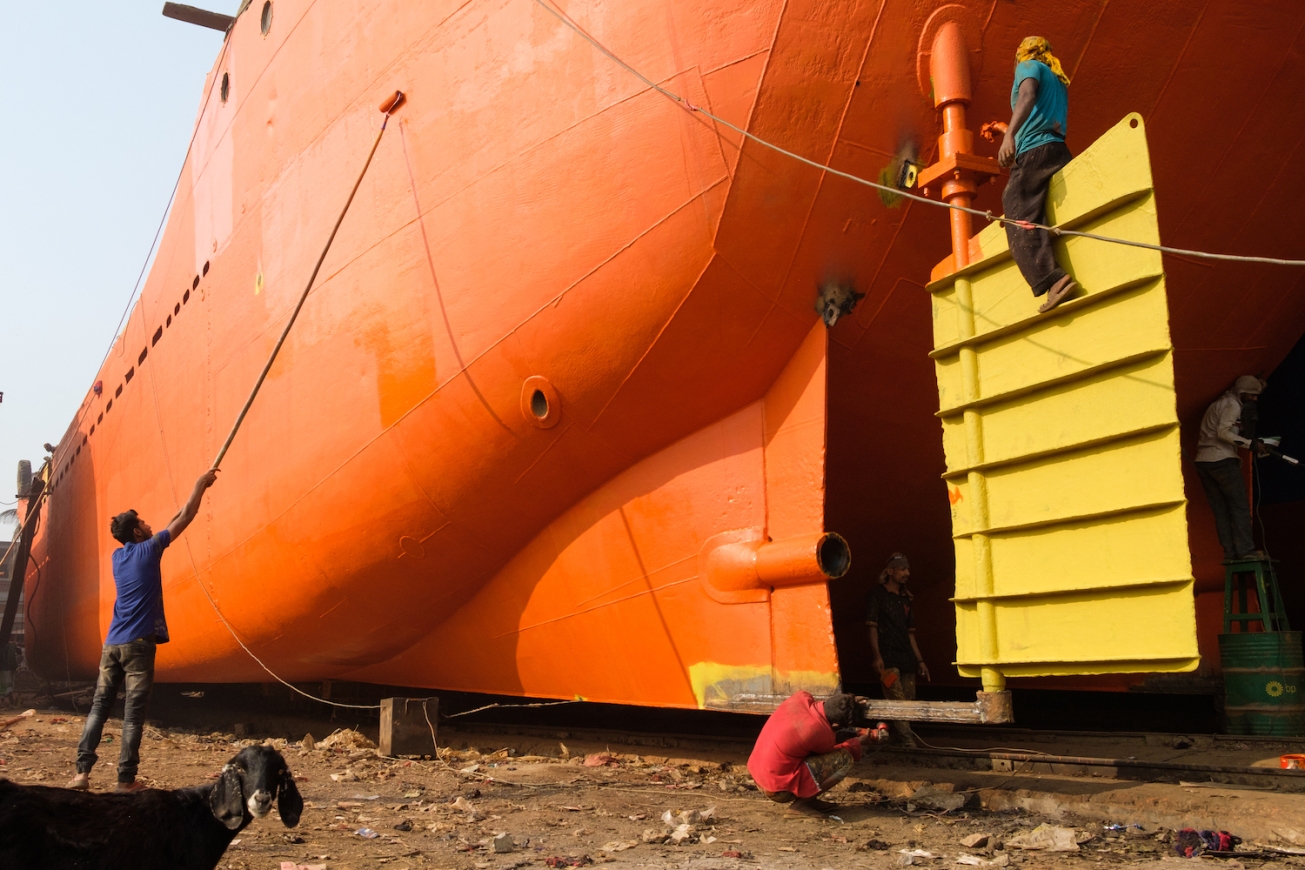 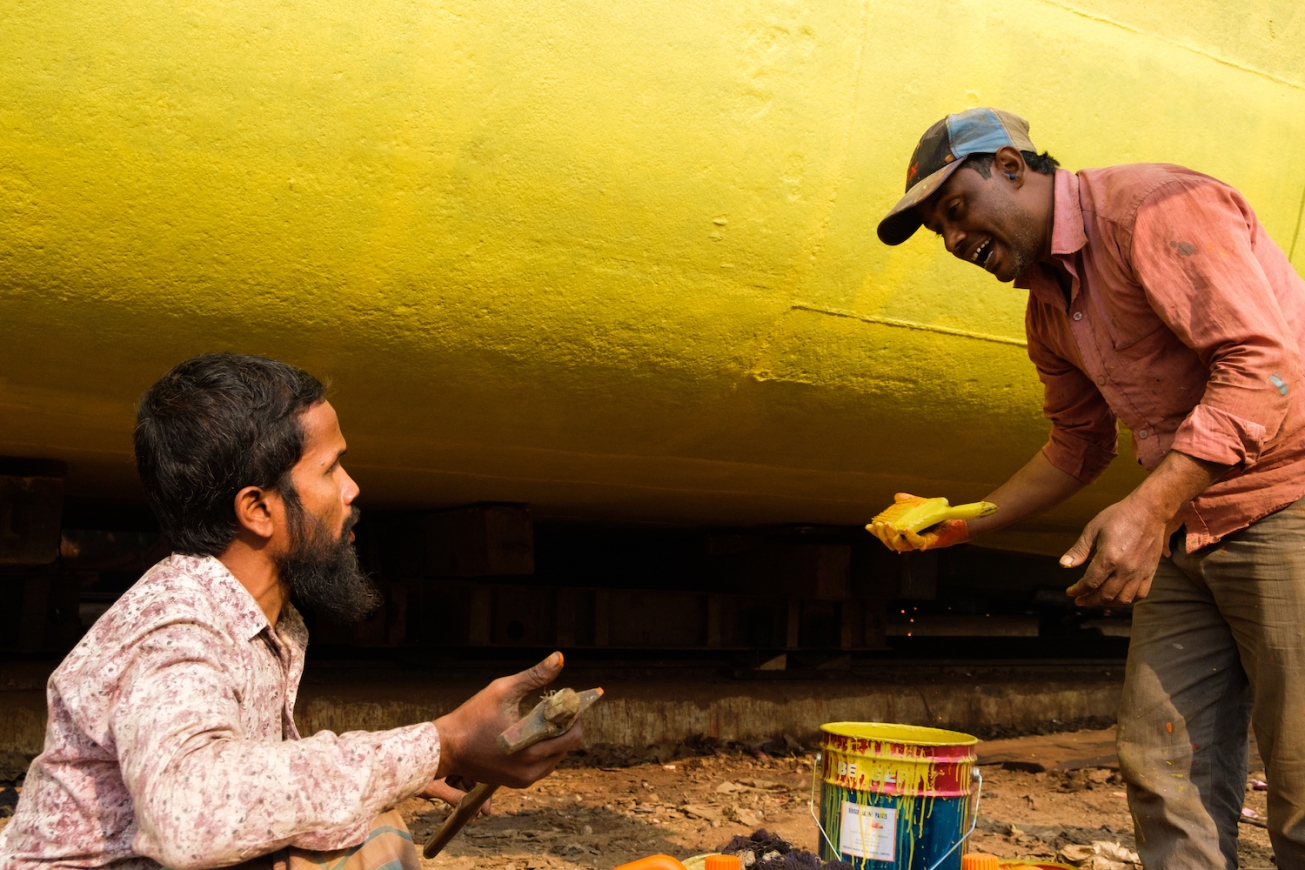 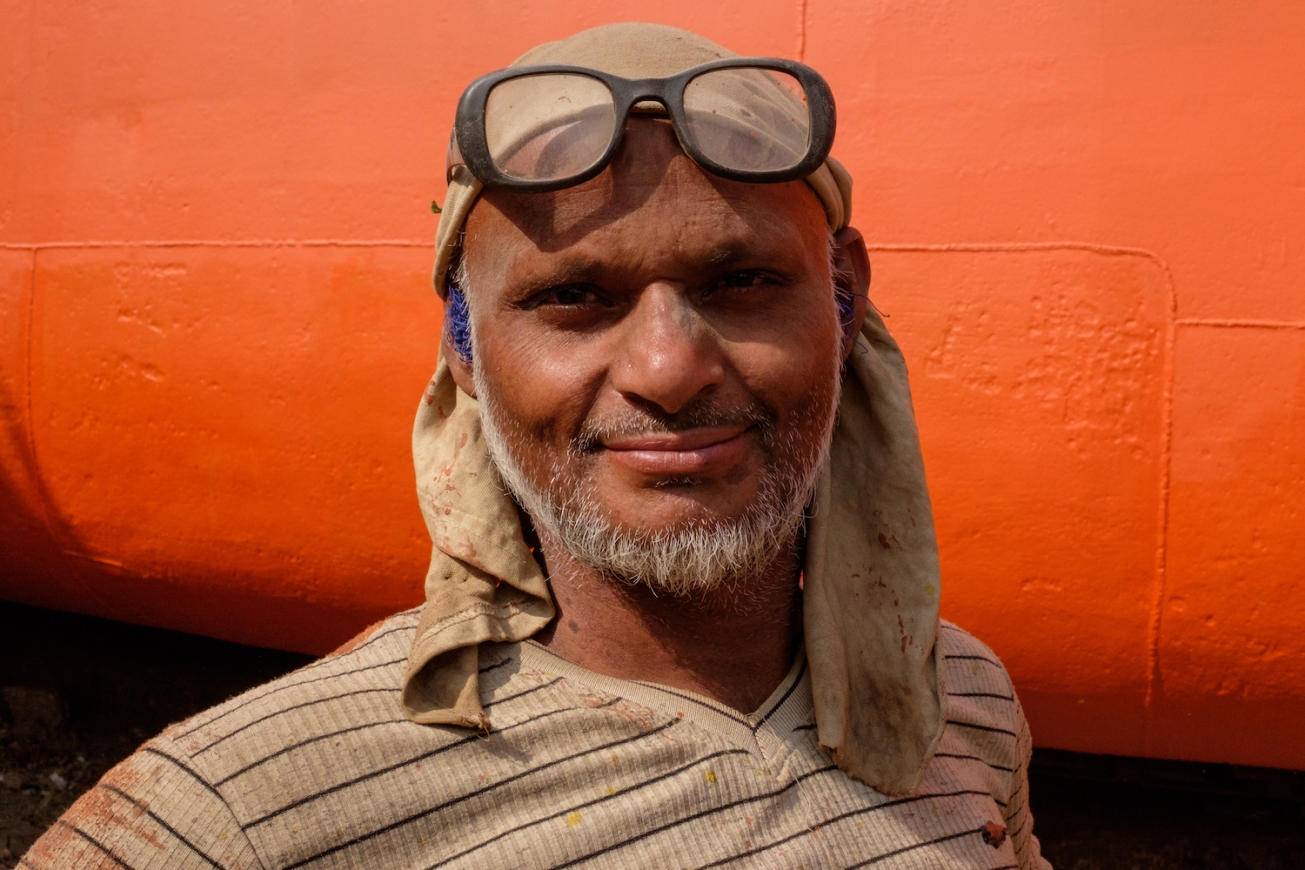 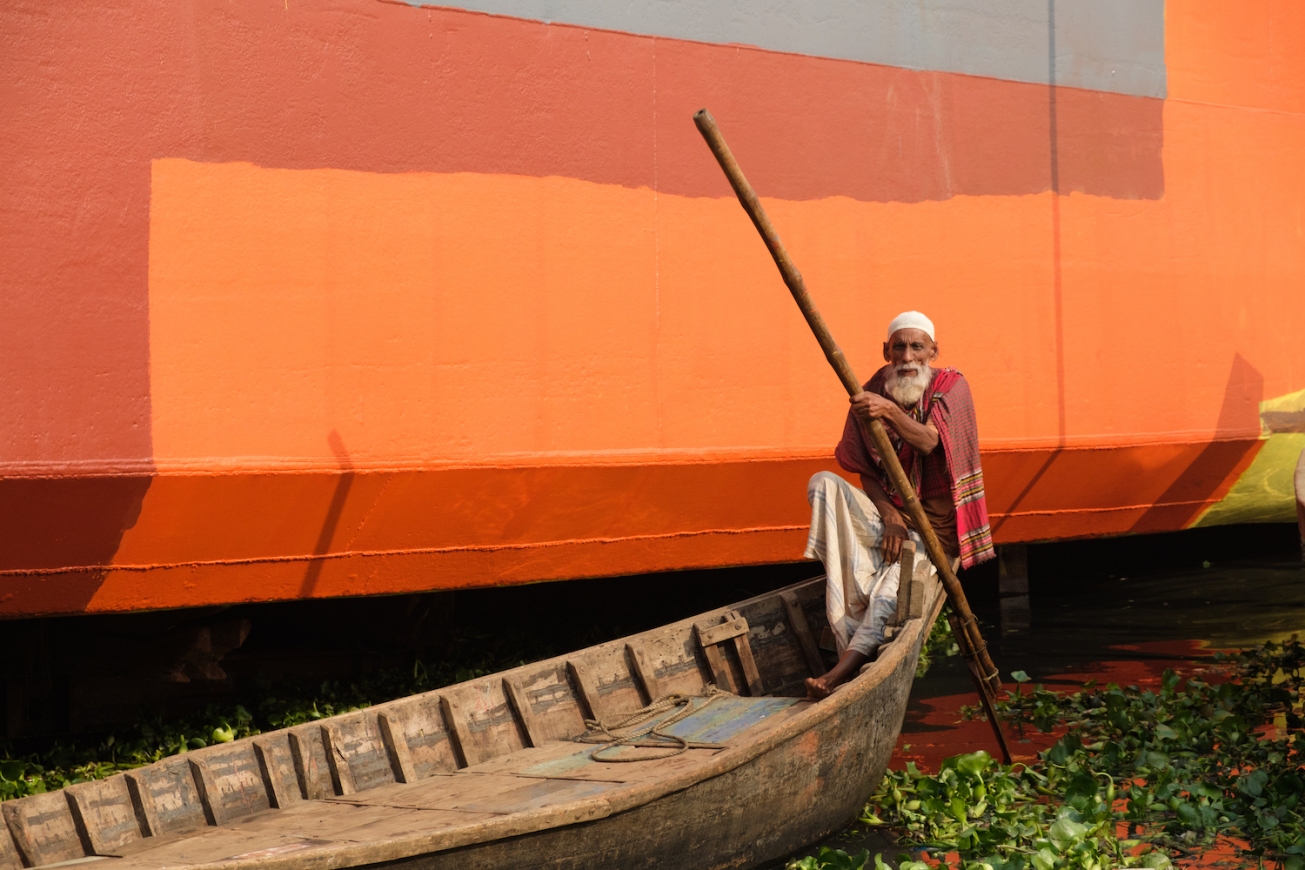 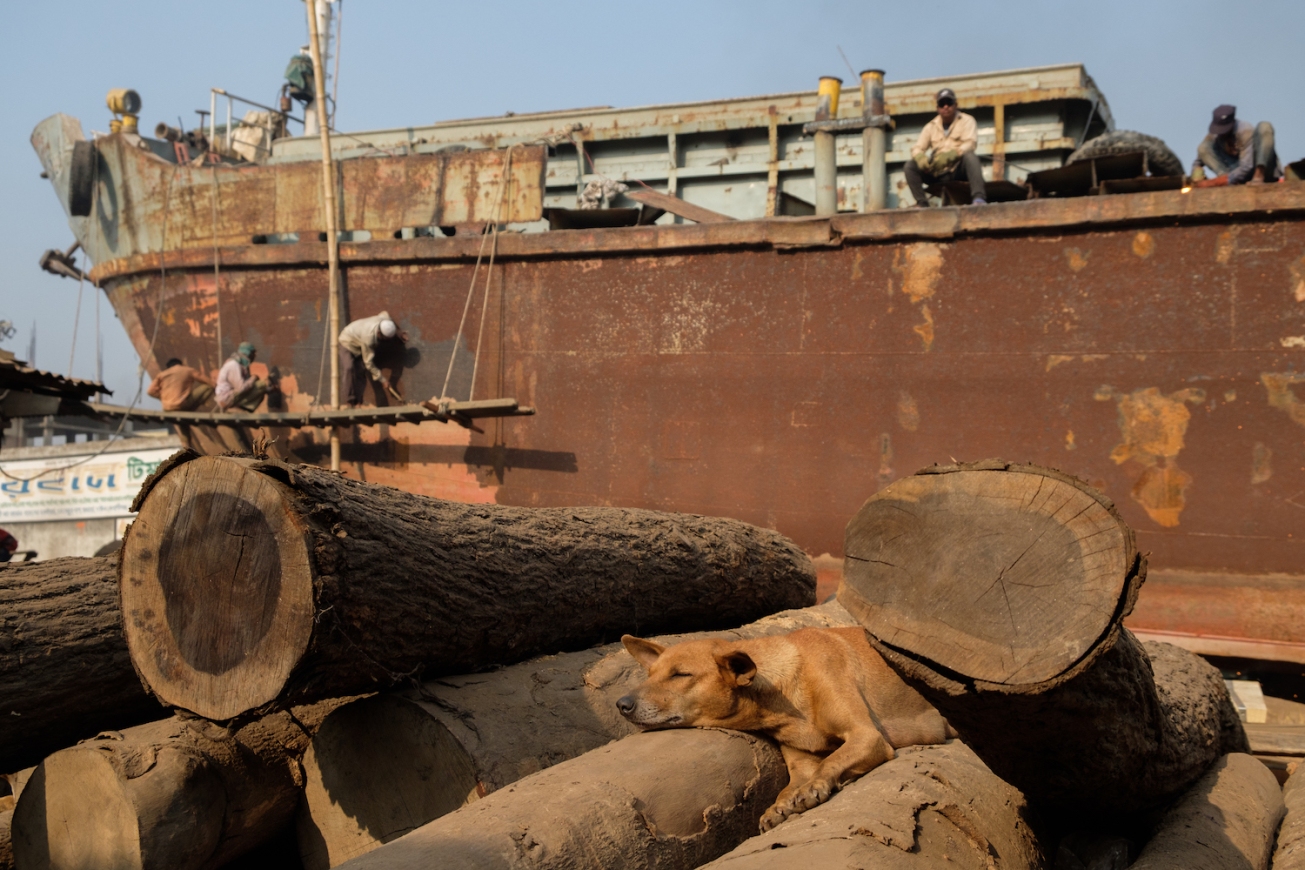 Next to the shipyards was a busy local market full of women in brightly colored clothes. 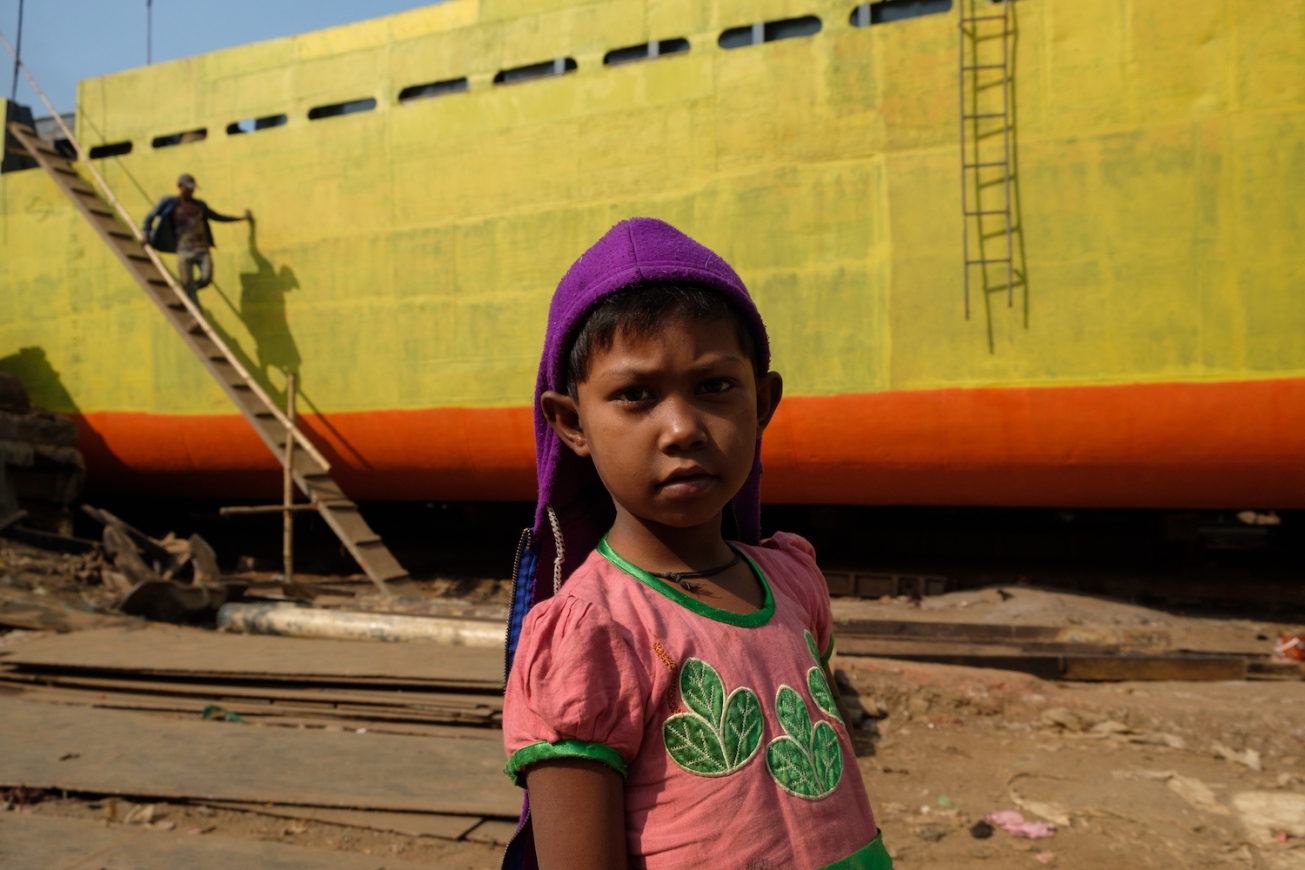 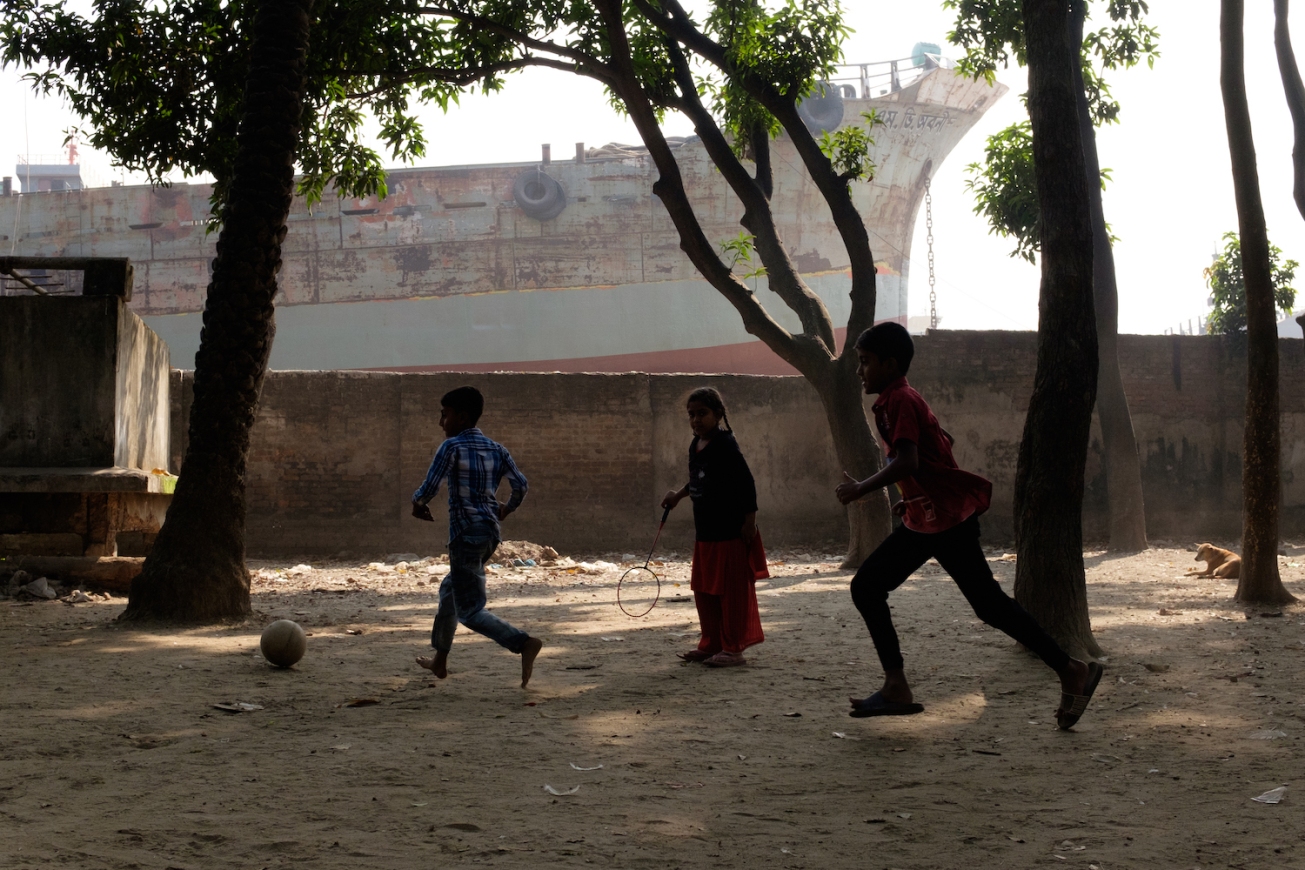 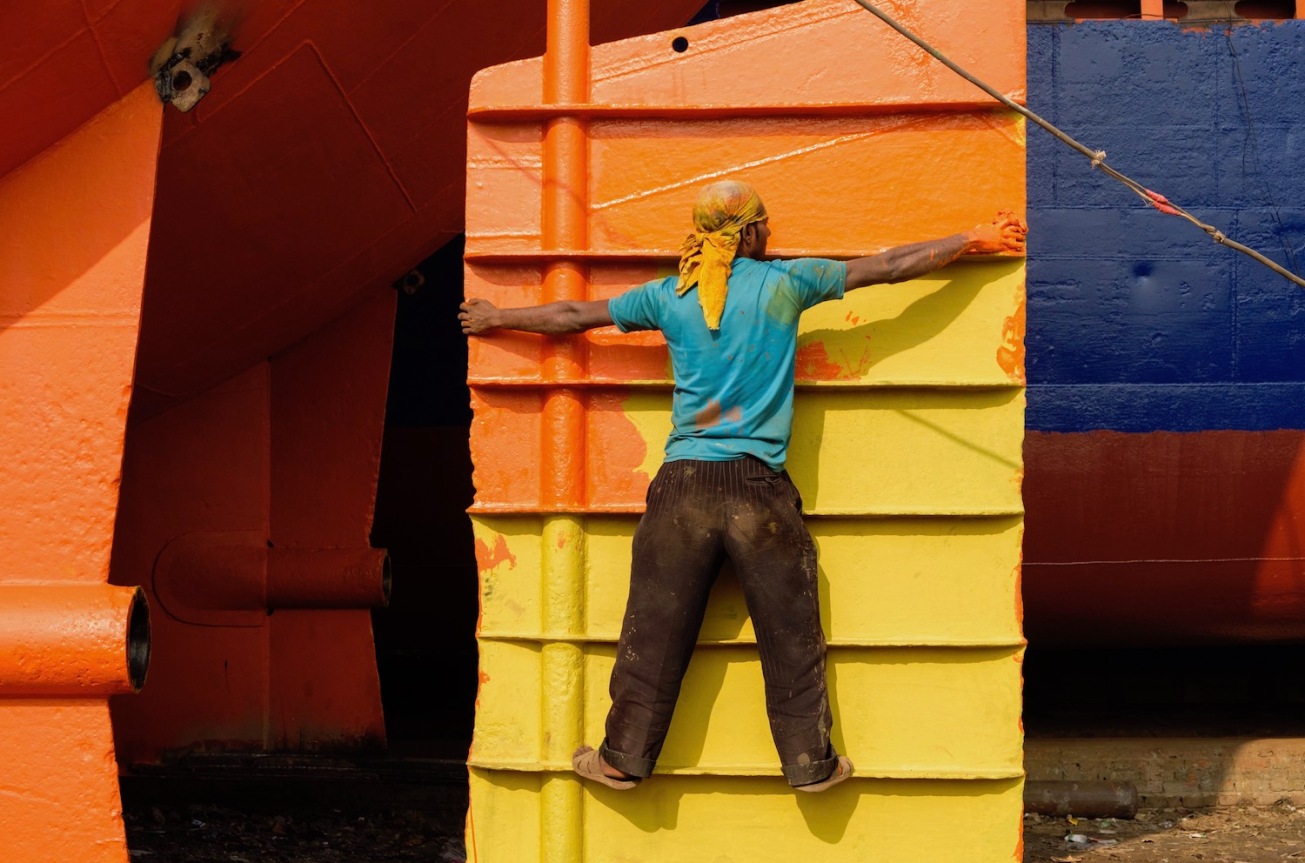 37 thoughts on “Photo Essay: The Surreal Shipyards of Dhaka, Bangladesh”