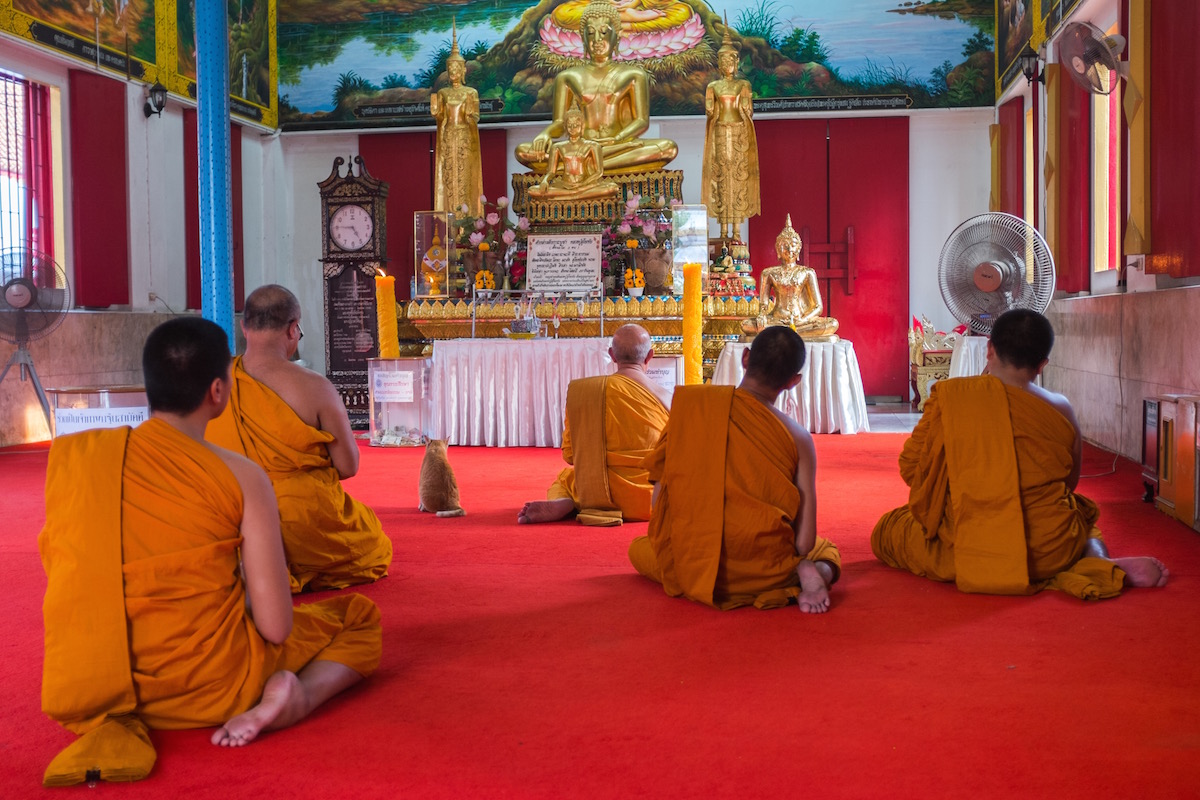 Due to some rather interesting recent events, I have decided to stay in Thailand and not go back to the USA for the next, oh I don’t know, four to eight years give or take an impeachment. In order to earn money, I decided to look into opening a cat cafe. Although there are cat cafes all over Bangkok, there are none in my area. In addition, my neighborhood is full of unemployed soi cats so I set about recruiting and interviewing the best cats to work as baristas.

To my dismay, I found that almost all the cats are quite lazy, sleeping away most of the day. In order to be productive employees, they’d need to drink much of the coffee they were serving just to stay awake. That would put a dent in the profits. 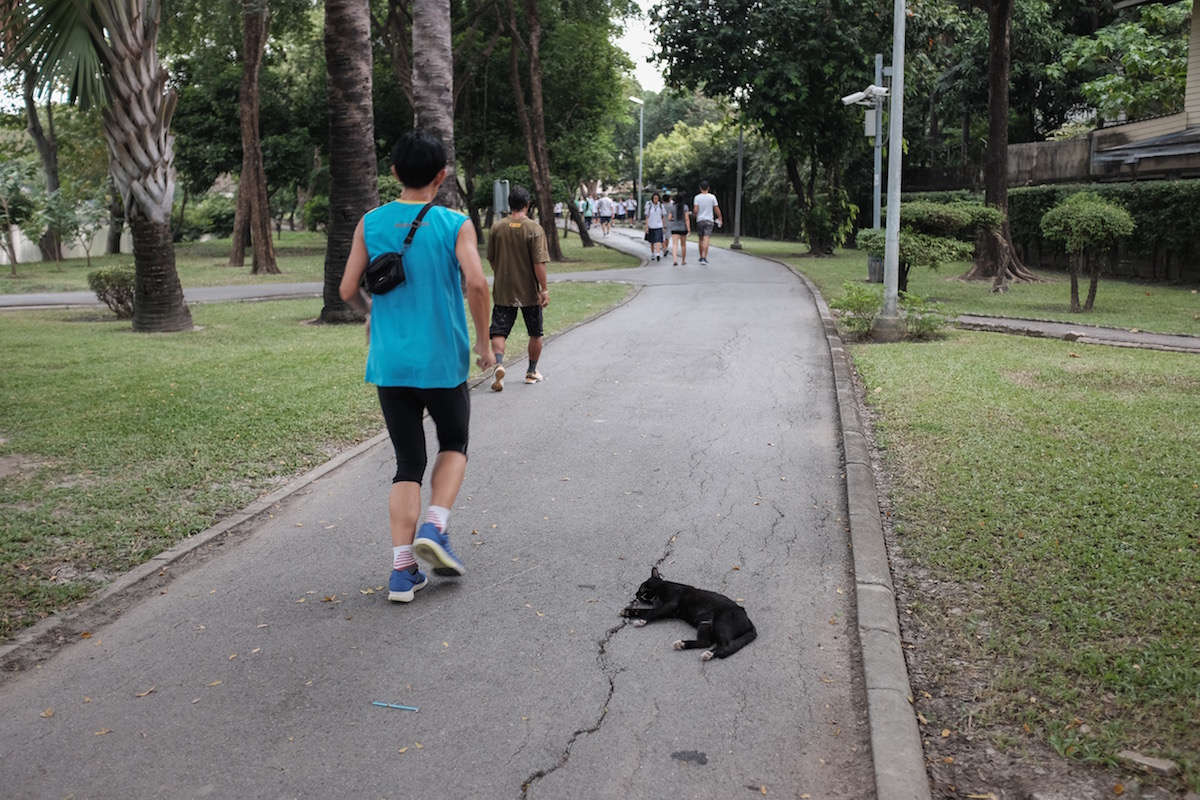 This cat fell asleep in the middle of his evening jog! 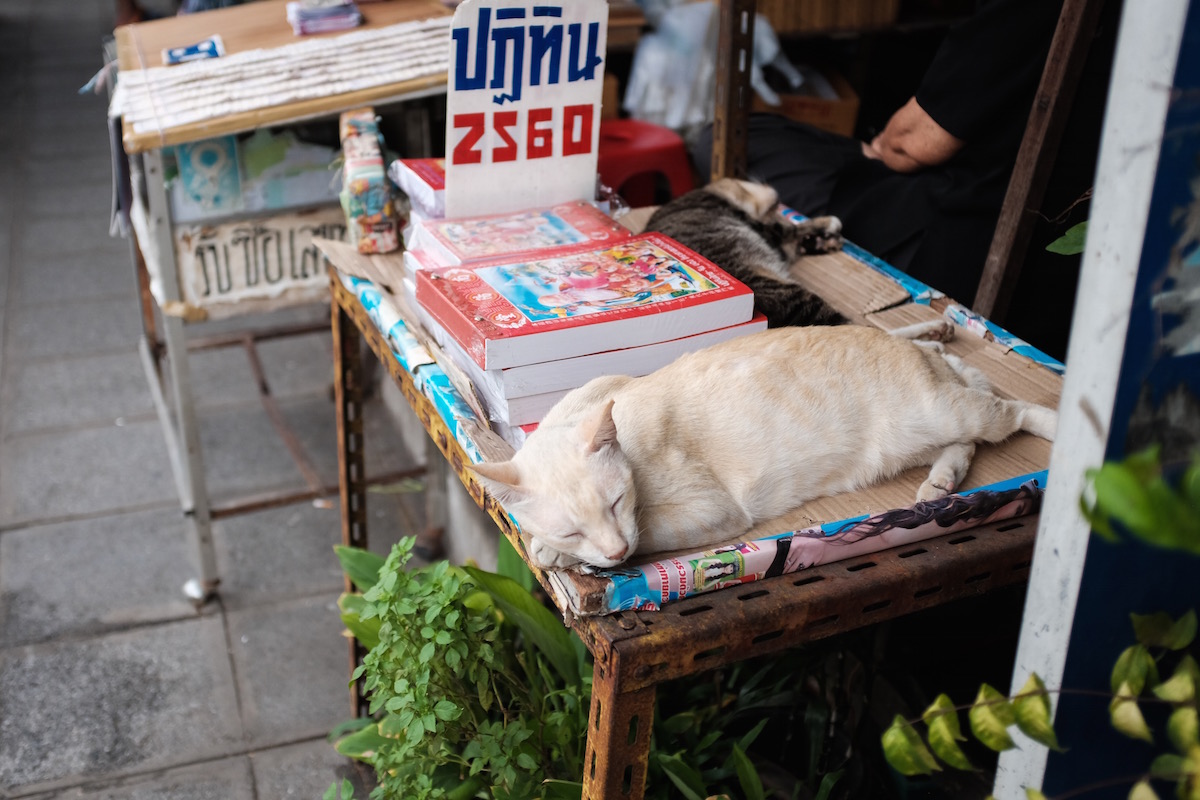 This cat fell asleep on the job at the bookshop! 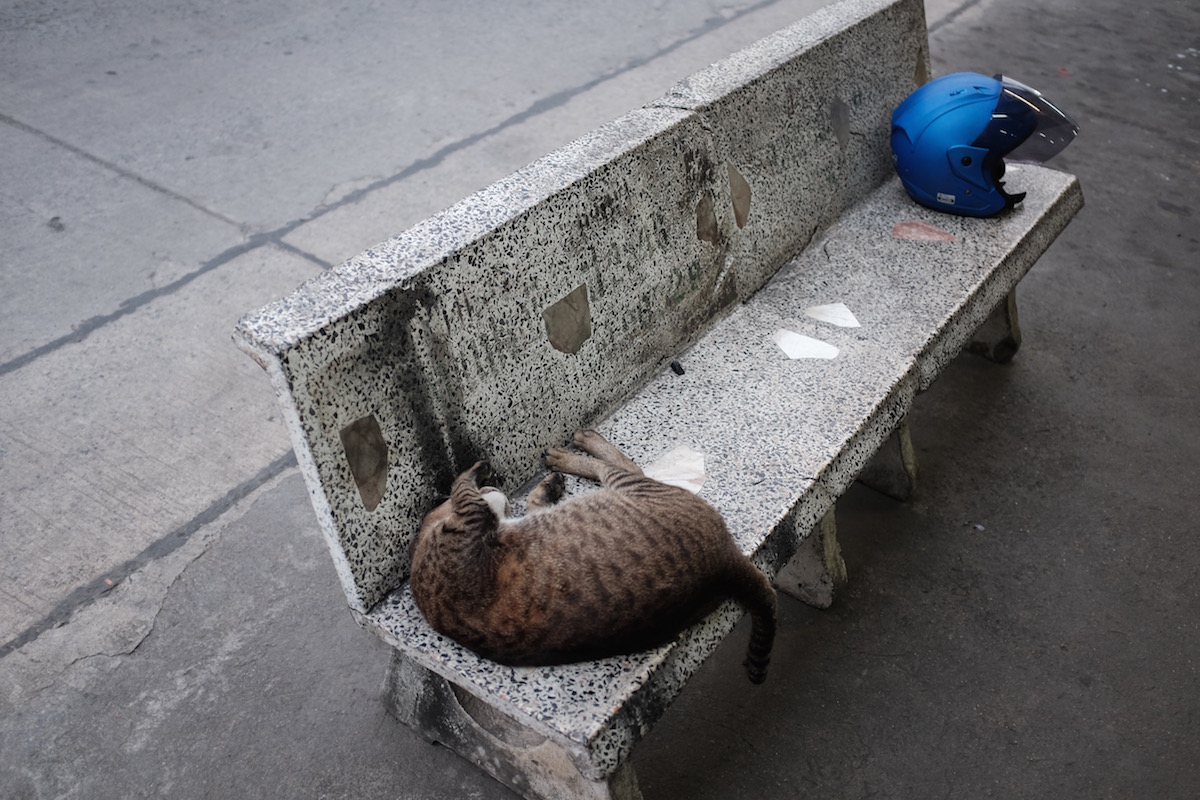 This motorcycle taxi driver fell asleep waiting for a fare.

I also found that many of the cats had bad attitudes and others had serious catnip addictions. 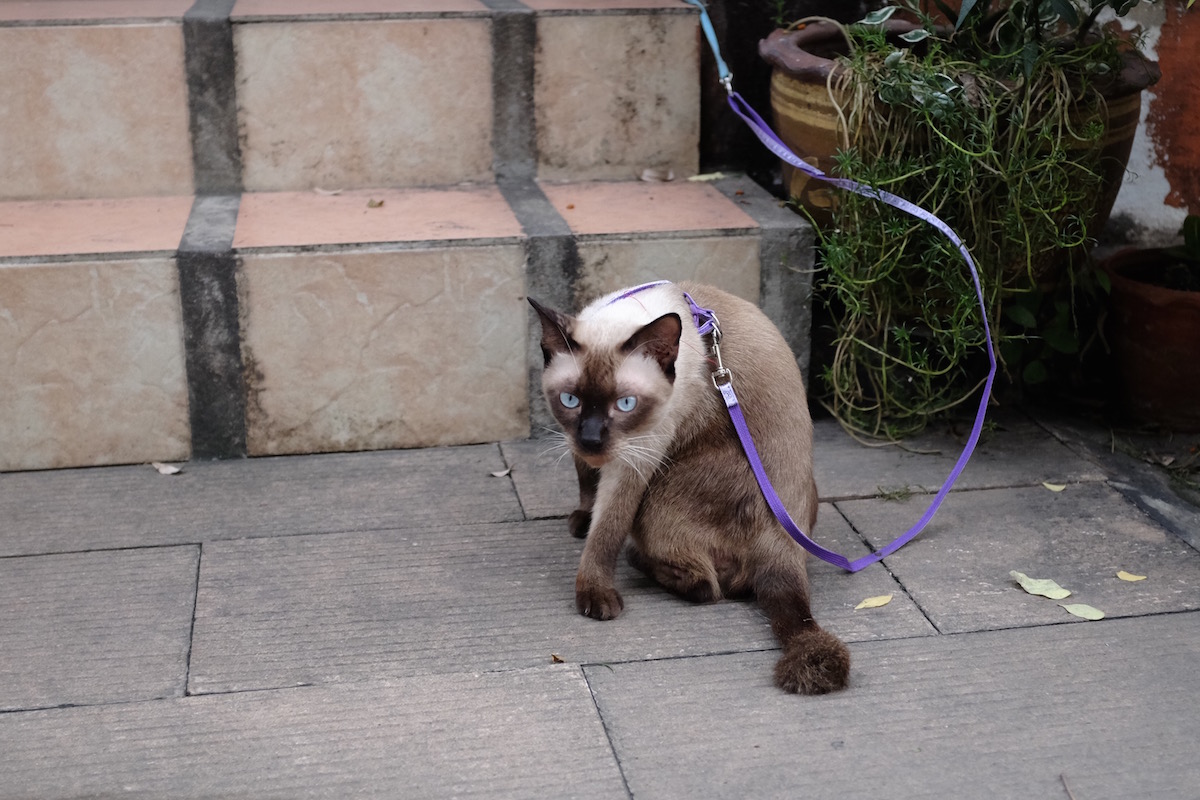 This cat had no customer service skills. 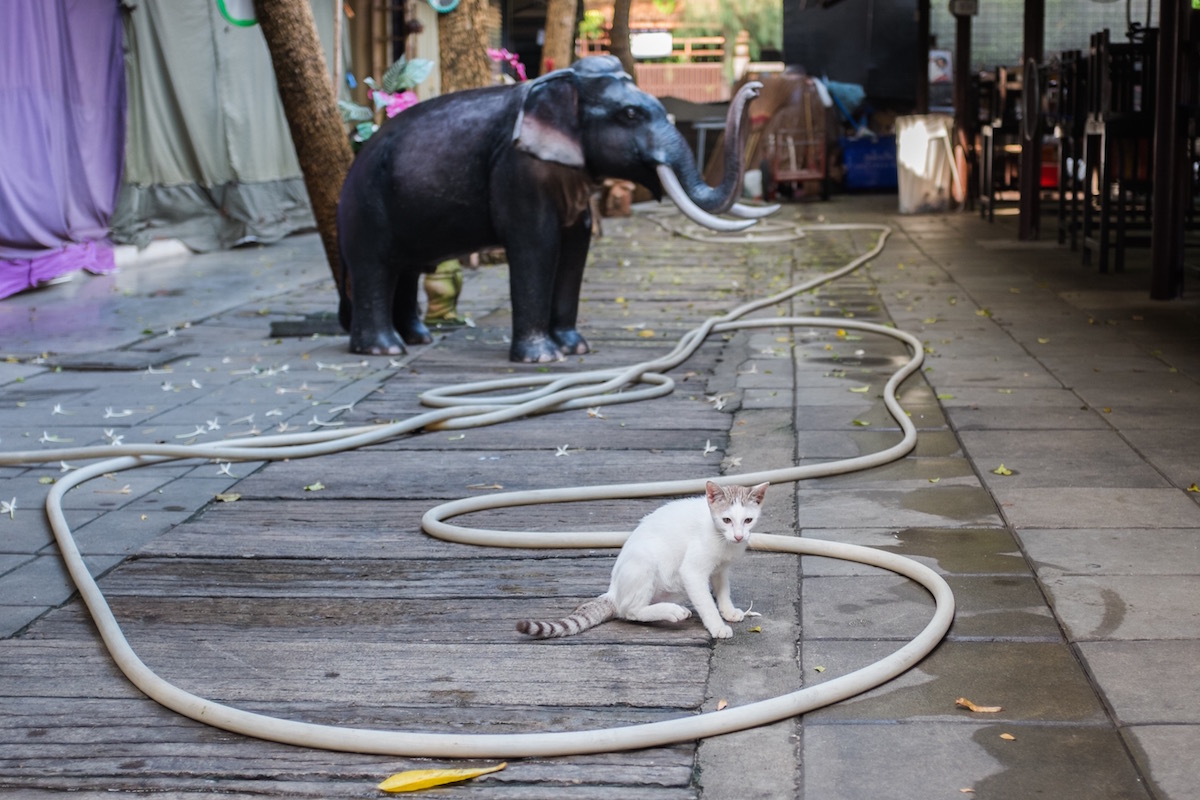 Dude. Am I high or is the elephant talking to me?

Some of the cats flopped over and demanded tummy rubs during the interview! 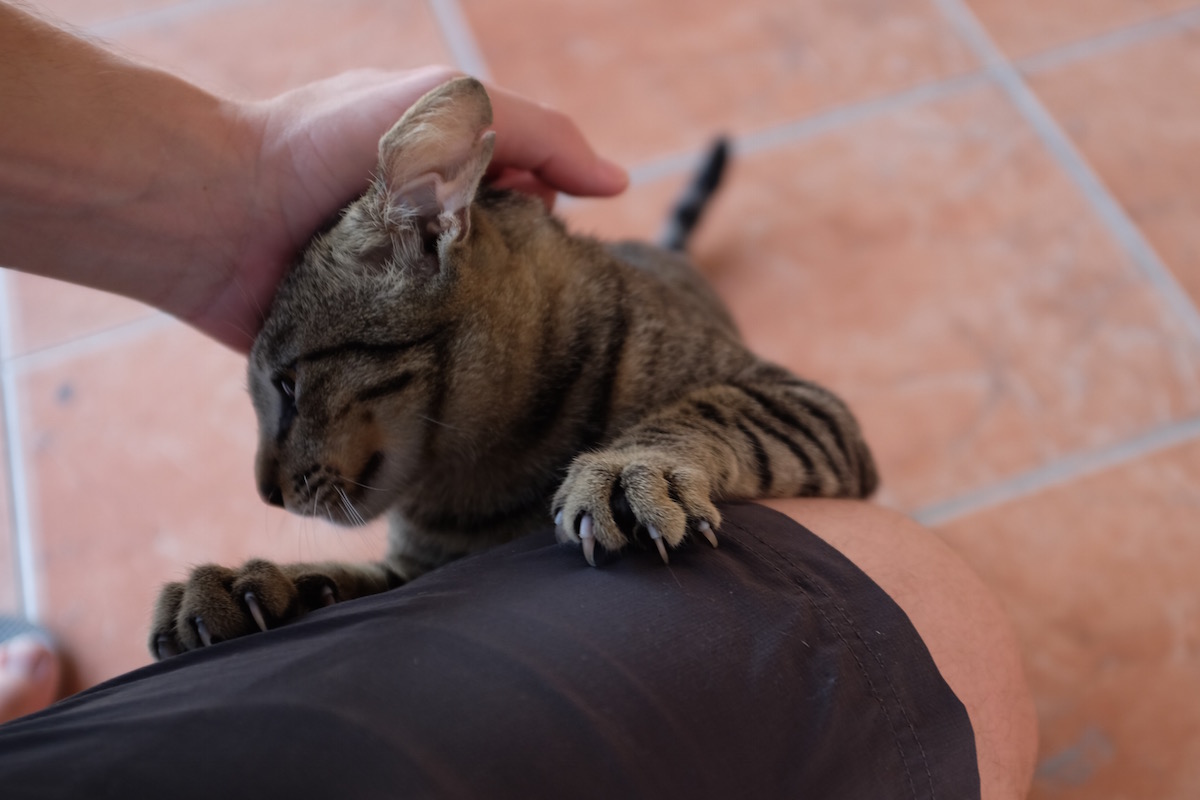 Mr. Snuggles I’ll scratch your ears *after* the interview!

Many of the cats are monks and don’t need money or jobs. 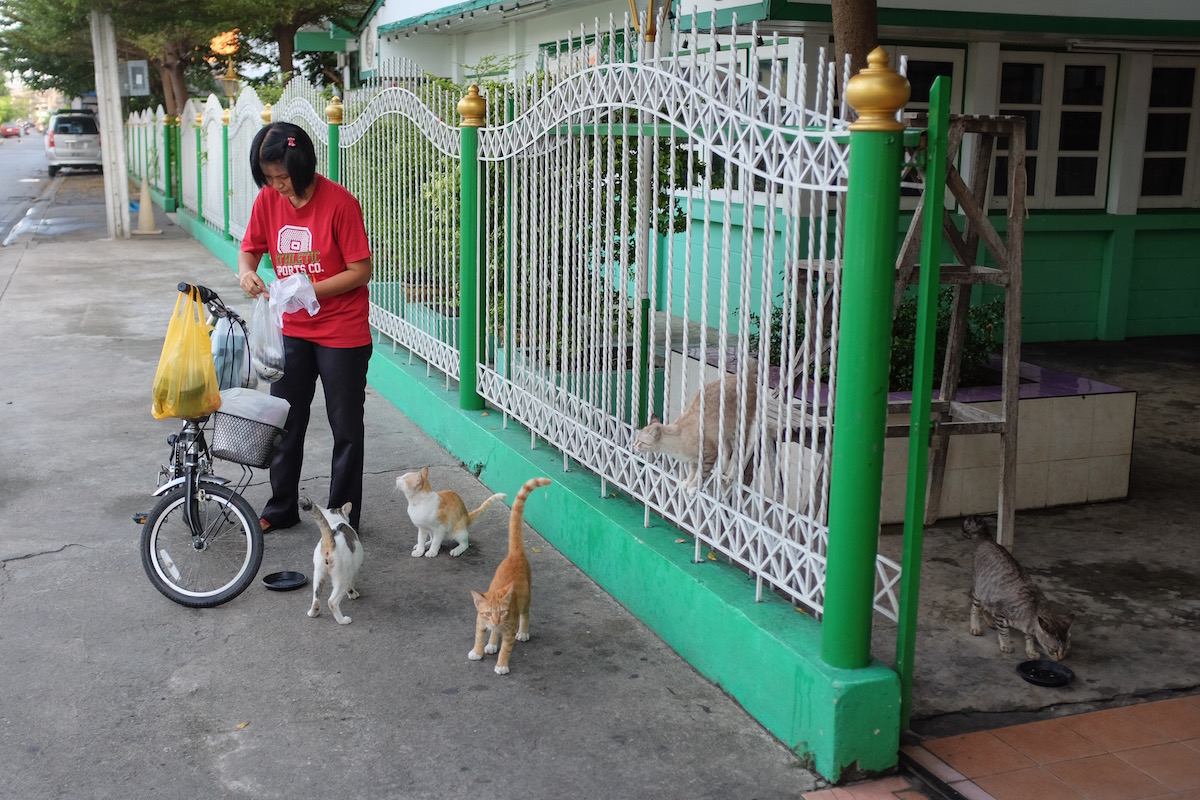 Collecting alms in the morning.

I also found that the cats were easily distracted in interviews and not a single cat had opposable thumbs. 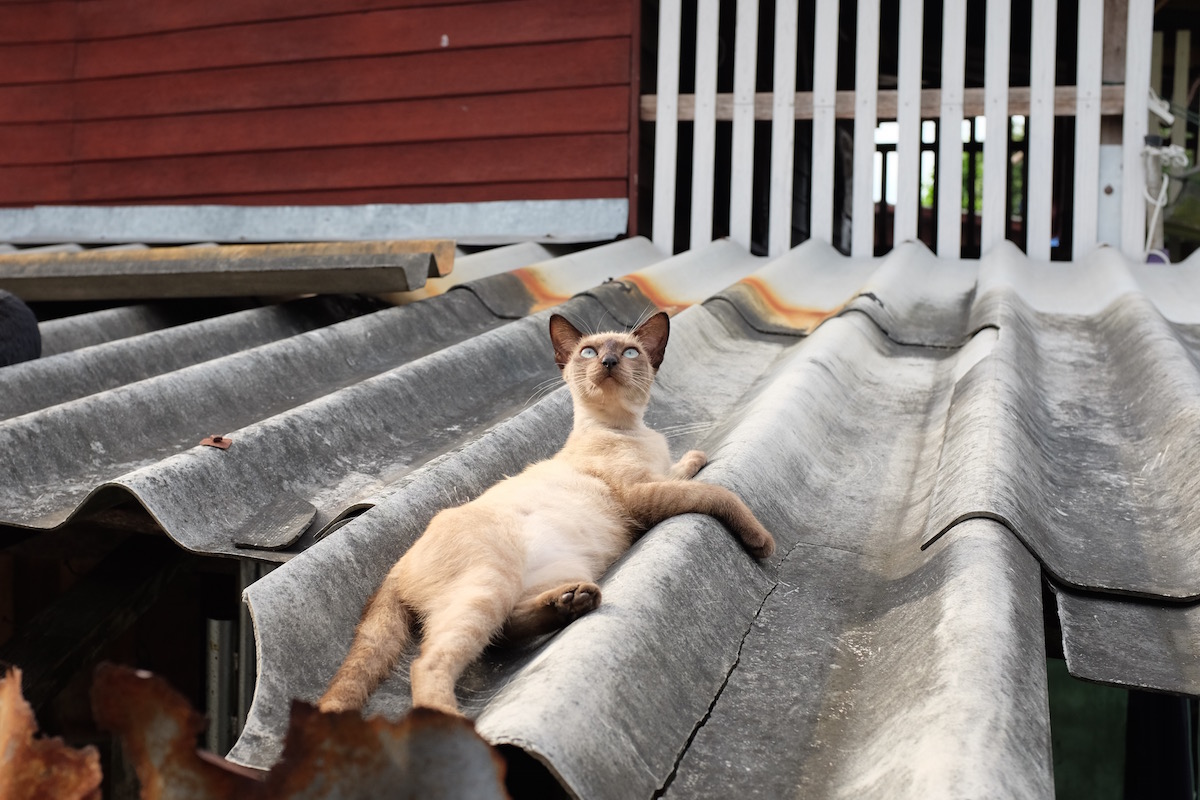 “I worked for 2 years as the general manager of Kit-Tea and we increased our profits by twenty…BIRD!…”

I’ve never been to a cat cafe so I’m not sure where they get barista cats but I can tell you that none in my neighborhood are qualified.

In the end, I decided against the cat cafe for now. Does anyone have any money making suggestions or should I seek a tropical island, fish for my food and just ride this out?