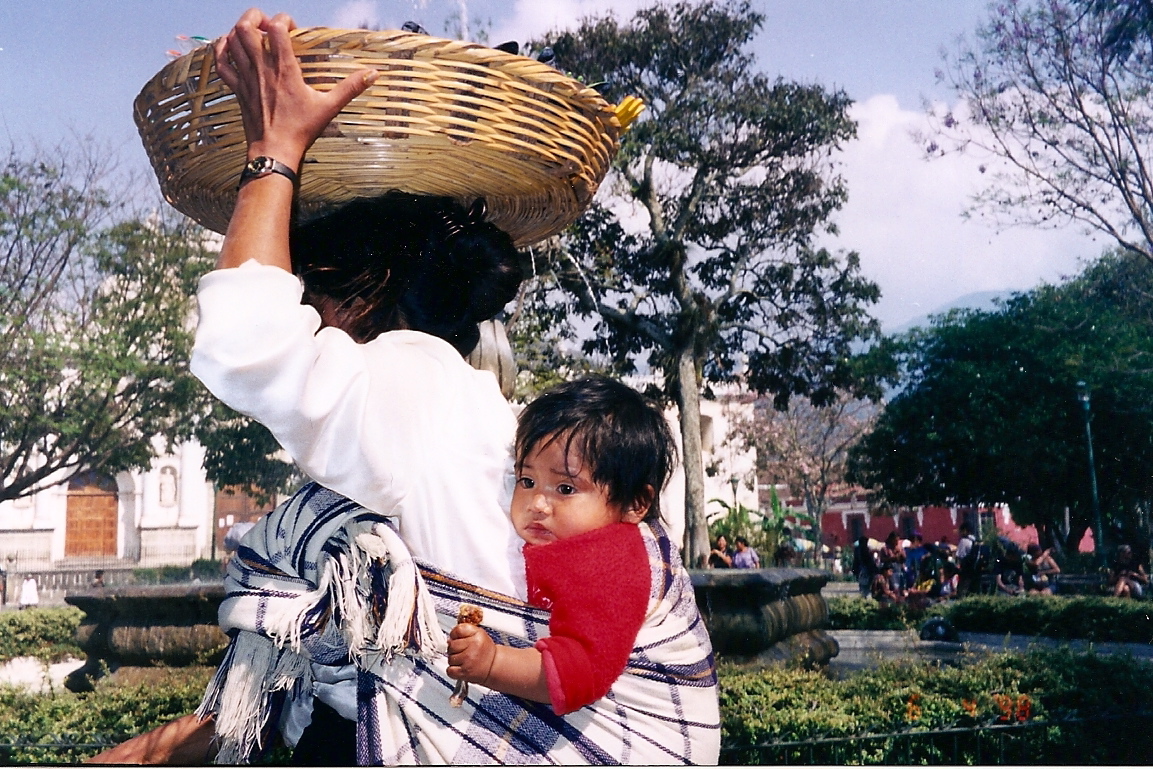 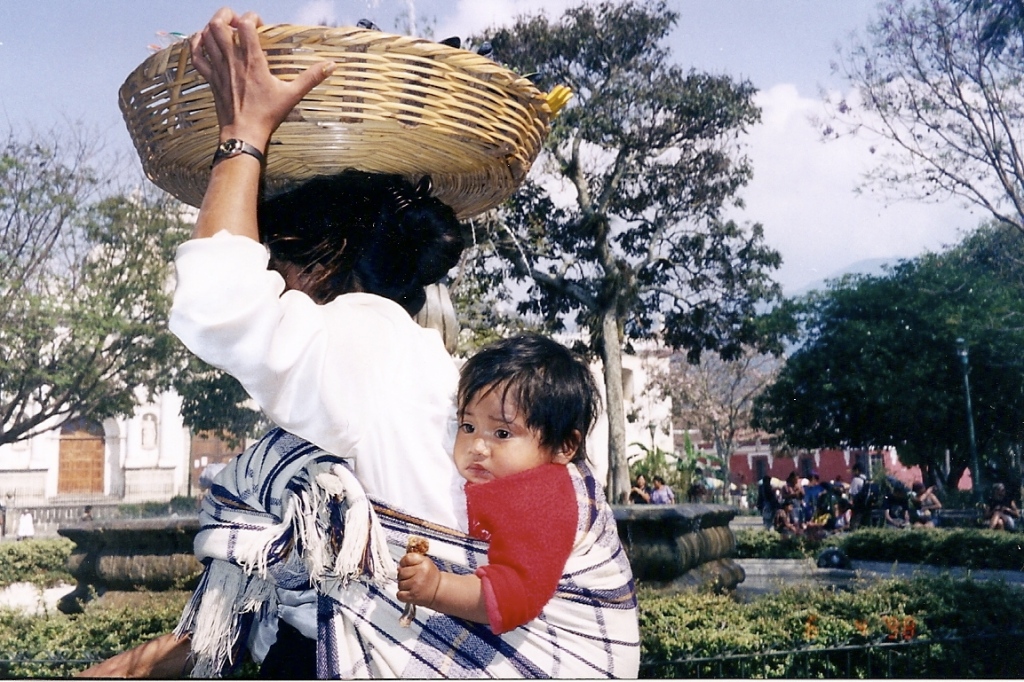 Ethics. Shyness. Anxiety Disorders. Religious Discrimination. Confrontation. Fear. Self-Confidence. These were some of the topics discussed in the comments section on this blog over the last two weeks, which you might think is strange for a blog about travel and photography.

One of my posts, The Art of Photographing Strangers, was featured on Freshly Pressed, and it generated many thoughtful and interesting comments. In the post, I talked about how I go about taking photos of strangers on the street. In general, I find it best to ask permission, engage, and get in the middle of the action, however, at times I try to blend in and get candid shots.

Here is a look at some of the interesting comments, suggestions and takeaways.

Fear and Desire of Photographing Strangers

One thing that really surprised me about the comments is that there is a strong desire among travels and photographers to take pictures of people, however, most people feel too shy, nervous or imposing to do it. 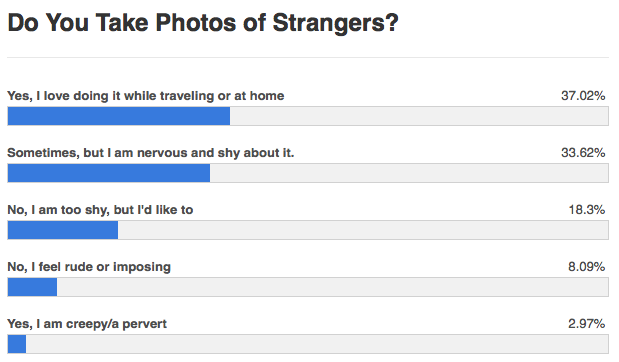 I used to feel the same way – and I still get nervous photographing strangers – but capturing the culture and people are a big reason why I travel and take pictures. As I’ve said before, the people I meet and those interactions I have while traveling are unique. If I lost my camera, I could always Google images of the places I’ve seen, but those people photos would be lost forever.

On Being Nice, or Not Being a Jerk

Bama said it best. Be nice and respectful and things should work out. If you respect the people you photograph and smile, they will respect you.

James makes a great point – how would you feel on the other side of the camera?

I never try to take a disrespectful photo of someone and I’d certainly not post it on my blog, with one exception: If a person wears a speedo, aka banana hammock, grape smuggler, scrote tote, sausage sling, ouch pouch, Nantucket nad bucket, ad infinitum, and if there is a bride posing nearby, then they are fair game. You have been warned. 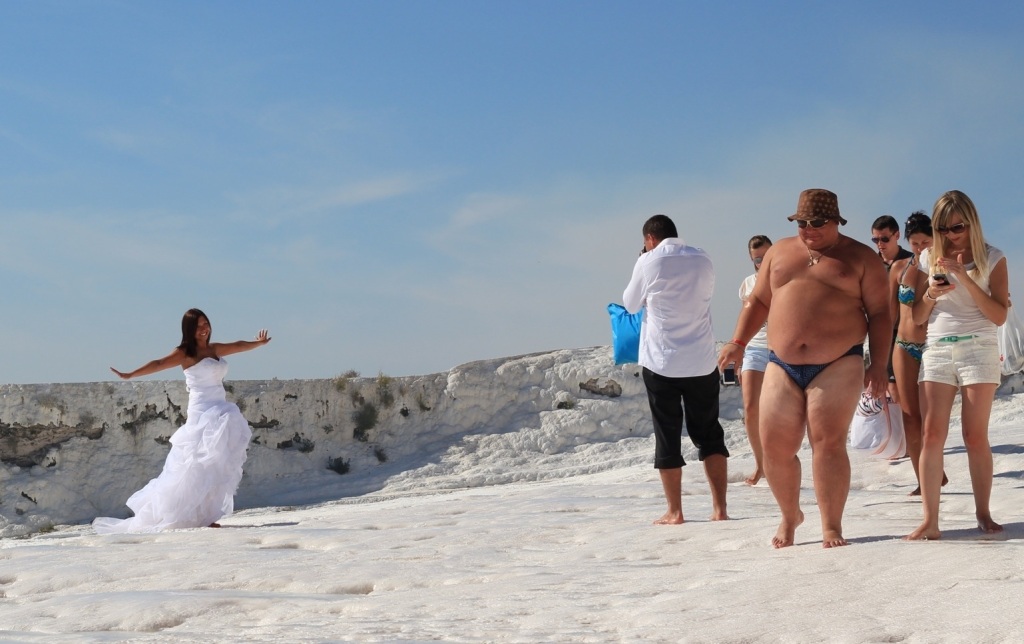 On Trust, Smiling and Body Language

A few readers commented on trust, which I think is key in getting compelling images, and not getting beaten up by paranoid people. If a person notices that I took their photo, I’ll acknowledge it with a smile and small wave of the camera. In the photo below, I snapped a few photos of these boys as they approached, and smiled and waved at them when they noticed me. The boy on the back gave me a high five as they went by. Almost always, people don’t seem to care or smile back if they catch me taking their photo. 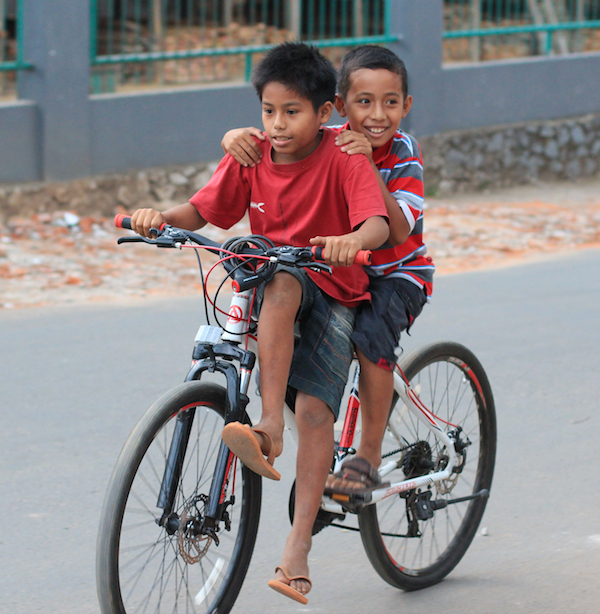 Fight or Flight, or Group Therapy

Some people confessed to running away after taking photos of people, others confessed to having anxiety disorders. Jeff Bell, M.D., group therapy sessions by appointment only.

These very honest comments by Chiradeep and Erin show a natural inclination to run away from awkward situations. To prevent this, I’d try one of two methods:

1. The “Because…” Method – Before you ask for the photo, have a because on the tip of your tongue. If a person asks why you want their photo, tell them you want it because they look interesting, because you are a tourist, because you like their style, because you are stalking them, etc.

2. Ice Breaker Method – Before you ask for the photo, break the ice with a compliment or a question. “You have really great style/I am a tourist/I am stalking you. Would you mind if I took your photo?

On Cultural Differences in Street Photography

Two of the most interesting comments came from Rezwena, a Muslim girl who lives in New York City, and Adaku, a girl living in Nigeria.

Rezweena’s comment saddened me a bit, but I can understand it. I am sure some people in NYC might be bothered by a Muslim person taking their photo. Rezweena may have to smile bigger, and be more open and friendly to get photos.

Adaku, in response to my post, wrote on her blog about going to a market in Nigeria and asking for photos. She got a lot of nos.

“Someone told me something about people believing that you could take their spirits with their photographs.
I laughed and told him he couldn’t be serious.”

In some cultures I have visited, in particular the indigenous communities in Central and South America, photographing strangers is taboo. Adaku may find more resistance and have to be more charming and out going to get photos of strangers in her culture.

On Being a Tourist

A few readers expressed self-consciousness at being a tourist and photographing locals. For me, being a tourist is my biggest asset, if done right. I can be the affable, curious tourist and this breaks the ice. However, I have seen tourists shoot locals like they are in a zoo and that is different. There is a fine line, but I think engagement and respect are the keys.

Comments in a foreign tongue

I have no idea what some of my readers are saying. 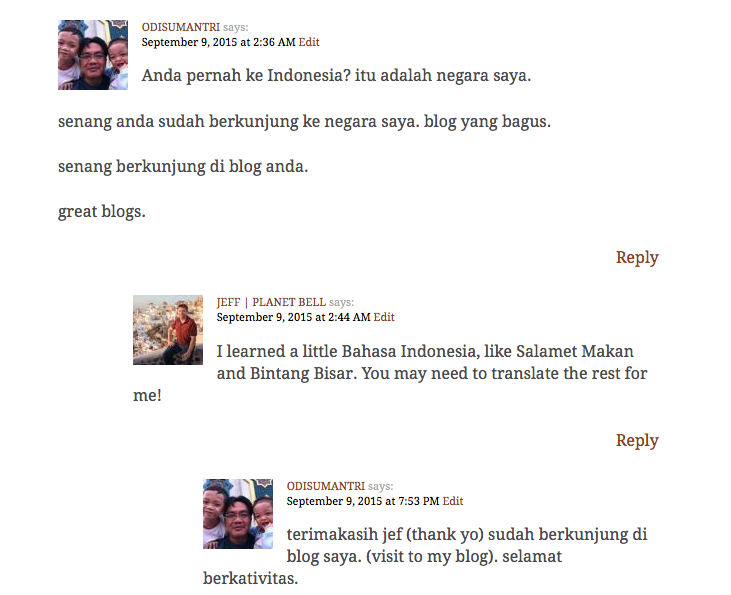 Several commenters opined about staying a bit hidden and getting candid photos. When people sense the presence of a photographer, they tighten up or change their ways.

I got these photos by blending in on Khao San Road in Bangkok. My wife and I were chilling at a cafe, watching the world go by, and I doubt anyone saw me snapping these photos, which allowed me to get some fun, candid shots. 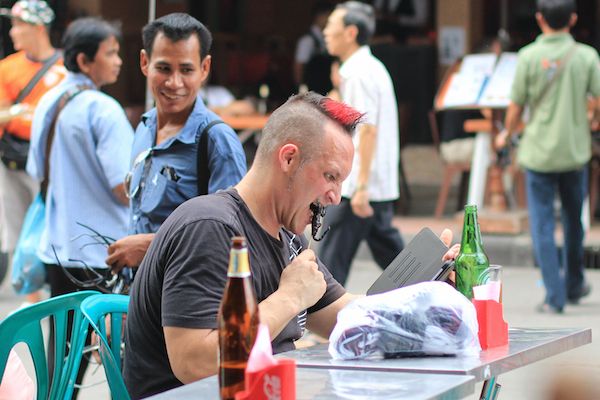 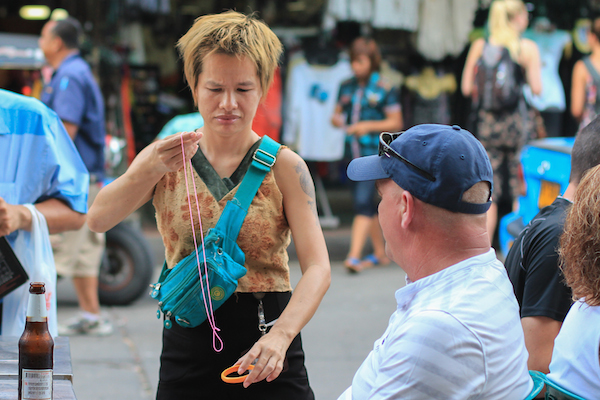 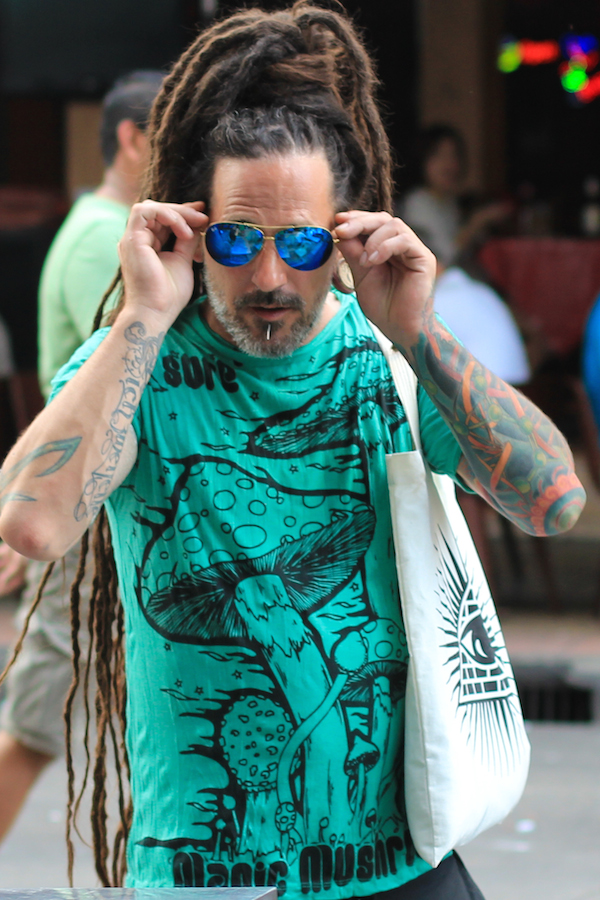 The Use of Telephoto Lenses or Hiding

To me, blending in/shooting with a short lens and hiding/shooting with a long lens are different for one major reason: you can get compelling images by blending in and getting close; you will end up deleting those images you take with a telephoto lens or by hiding. Quite simply, you have to get closer to get great people photos.

Something tells me that had Sue gotten out of the car and snapped photos of the wedding, one of four things would have happened:

But I don’t criticize what Sue did at the wedding. I have done the same thing –  it can be terrifying and intimidating to photograph strangers.

On Getting Drunk and Street Photography

This made me laugh, and I actually think it is terrific advice. Having a couple of drinks leaves you less inhibited. Even better, photograph drunk people. I walked up on the scene below while in Greece and just started snapping away. Everyone was so drunk I think they were oblivious that I was there. 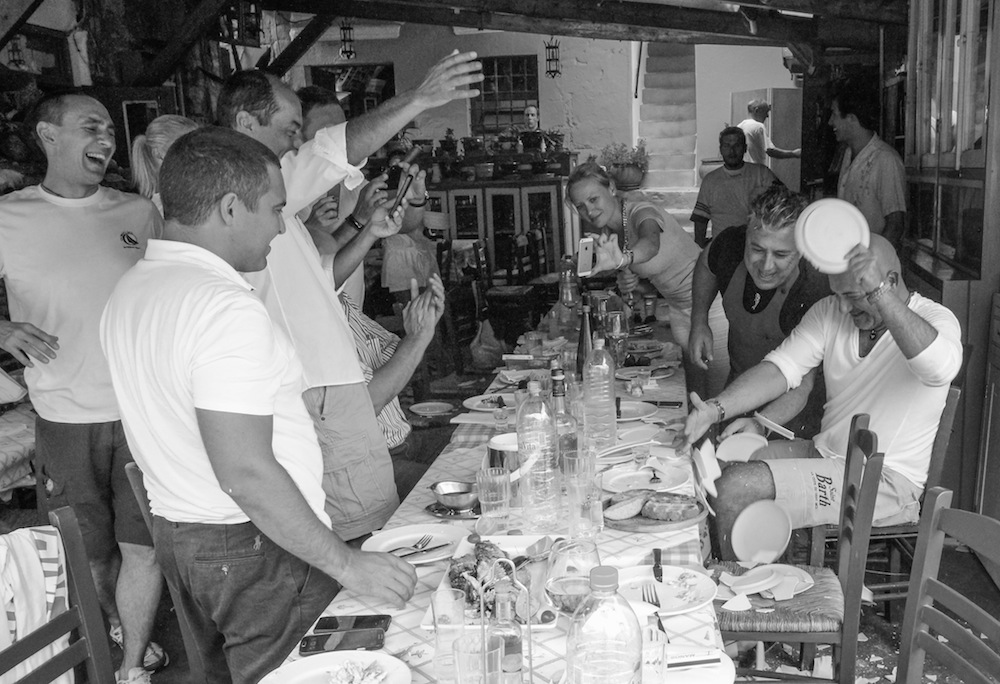 Shaping the Minds of the Future

The Planet Bell Blog – shaping the minds of the world’s youth since 2015, for better or worse.

Relax, Be Confident and Have Fun

I will leave you with a video featuring Brandon Stanton, the photographer behind Humans of New York. This video is a bit long at 15 minutes, but it shows how he not only gets candid photos of strangers, but gets them to talk about personal issues. I think this is a must view for anyone interested in street photography.

If you have any more comments or thoughts on Street Photography or Photographing Strangers, I’d love to hear them.

31 thoughts on “Responses to “The Art of Photographing Strangers””