In Varanasi, in the year 2012, among the dead bodies floating down the Ganges, the corpses burning in the funeral pyres, amid the voracious touts and the Indians bathing in the polluted, trash-filled river, I noticed something disturbing and out of place: I saw a guy using his iPad for a camera.

I took this photo of him because it seemed so absurd that anyone would use his iPad for a camera that I had to document this one-off event. 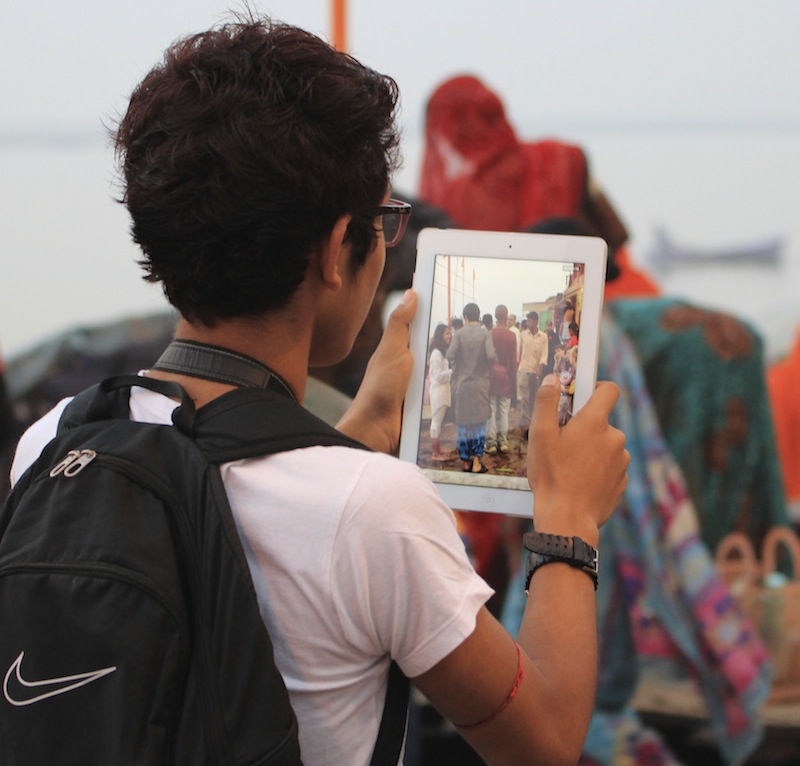 A tourist using his iPad for a camera in Varanasi, India.

However, last year while traveling around Europe, it became apparent that this issue is more widespread than previously thought. Everywhere I went I saw people squinting into a fingerprint covered screen in bright sun or fighting with the unwieldy cover flap blowing in the wind, trying to compose a photo with their iPad.

I Have a Photography Fetish

But then, I discovered something even more disturbing – evidently I have an obsession with taking photos of people taking photos with their iPads. I didn’t realize it at first, but after looking back through my pictures I discovered that I had a problem, an addiction, a photography fetish. 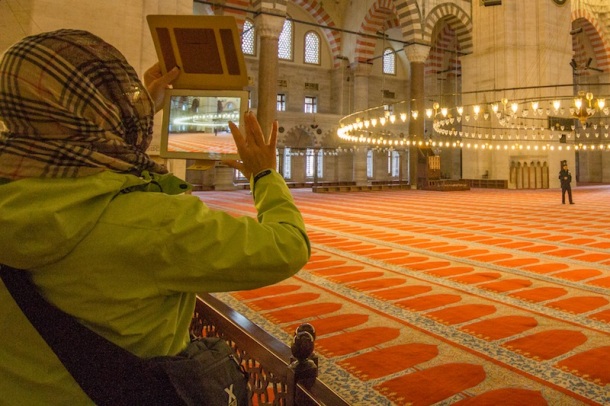 iPad camera in a mosque.

The iPad can be used to photograph religious statues. There is also an app that proves the existence of God.

I documented people using the iPad camera on gondolas.

Tourist on the Gondola with a green iPad, only discernible from someone like me who is on the lookout for iPad cameras.

and those photographing street scenes at night. 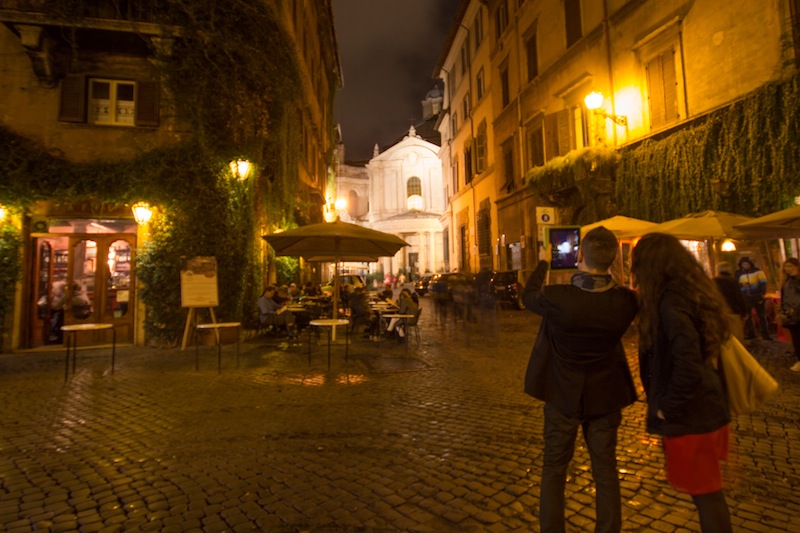 Few things are more romantic than a stroll down the Roman backstreets on a rainy night with an iPad.

I photographed people who love Greece

and tools who leave the sticker-label on their hat.

I photographed people photographing grand things like the Trevei Fountain 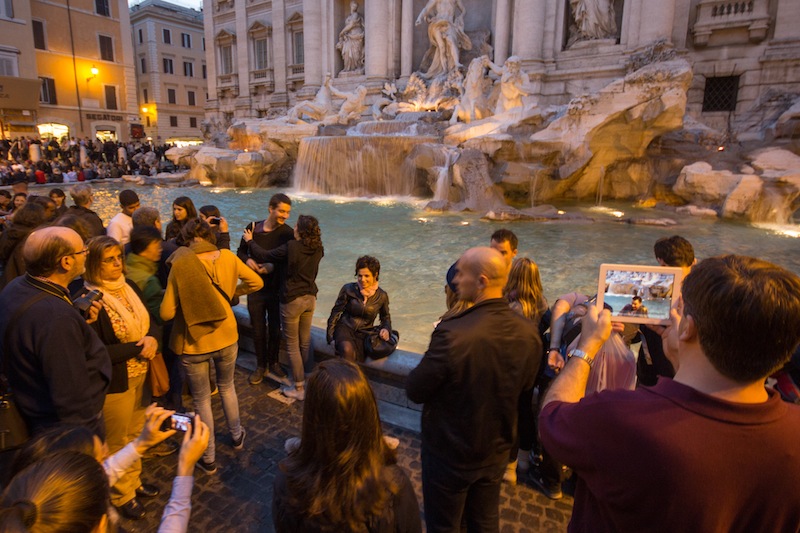 and the obscure and mundane.

Do you really need a photo of that? Somewhere his family is being bored to death by his slideshow from his trip. I learned that the iPad is used almost everywhere, but unfortunately there is no app to ward off touts. 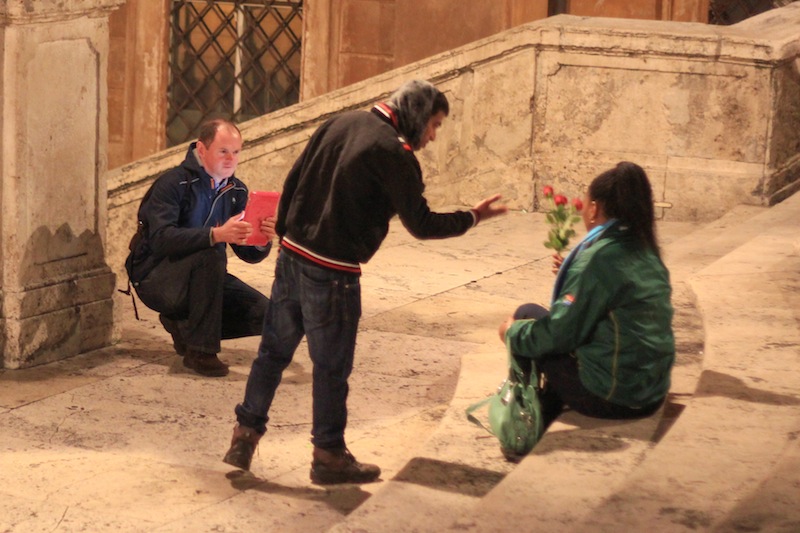 The Evolution of the Camera

How did we get here? Everyone it seems is using the iPad as a camera. Cameras have evolved from large, cumbersome machines that use film to small digital boxes that fit neatly into the pocket. So why are we regressing? The benefit of using the iPad is that photos are stored right on the computer, ready for editing and sharing. However, this convenience isn’t worth using a device not meant for a camera and looking like an idiot while doing it.

Below is a chart that sums up human and camera evolution. It wasn’t that long ago, during the caveman days to be exact, that we were using daguerreotypes. We reached the height of human civilization at the same time that we started using the iPad and have since regressed to caveman status and selflies.

So, readers, this begs the question: Am I the weirdo or are the iPad photographers the strange ones?

How do you feel about the iPad camera?

I welcome comments on this subject.

43 thoughts on “A Disturbing New Trend in Travel Photography”