When I travel to “scary” third-world countries, my parents worry. They envision me kidnapped by Jihadists, murdered by drug lords or held captive by a rogue government and forced to pay a ransom for my release.

Little do they know, the real danger in traveling to third-world countries is not the disease, peasant uprisings, military coups, terrorist attacks, pickpockets, thieves, or bandits. Easily the biggest threat while traveling in a scary 3rd world country is crossing the street.

In many countries traffic is anarchy. Drivers do not follow any recognizable rules and no one dreams of yielding to a pedestrian. Getting from one side of the road to the other is like a game of Frogger with real life consequences, like death. If you loose, you get run down. Then smashed flat by the next car. Then pounded into something unidentifiable by the remainder of the traffic. Game over.

Tip #1 – Find an elderly person to cross with (read: use them as a human shield)

It is safe to assume that if a person lives to be in their 60’s or 70’s, then they have survived thousands upon thousands of street crossings and have the skill and wisdom to do it again. It is also safe to assume that you can move faster than them in the event that running becomes necessary. 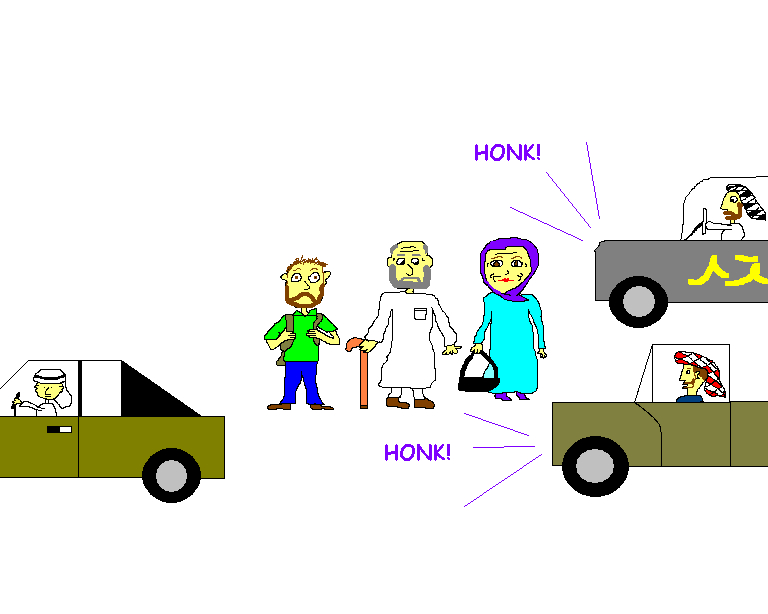 As you can see from the above photographs taken of me in Cairo, the proper technique is to stand on the down-traffic side, using the elderly couple as a human shield.  Cross keeping them between you and the oncoming cars.

Sometimes enough people will amass at an intersection that it becomes more practical for a car to stop than to take out a large group of pedestrians. One or two people will not do too much damage to a car and the driver can reasonably assume that two or three people can dodge his speeding car.

But when the number reaches a critical mass, say, over a dozen people, the damage to the car may be severe enough that it won’t run. The driver will stop for a large enough crowd. The pedestrian gang can then overtake the street and cross with safety.

See the illustration below for the proper technique to form a pedestrian gang. 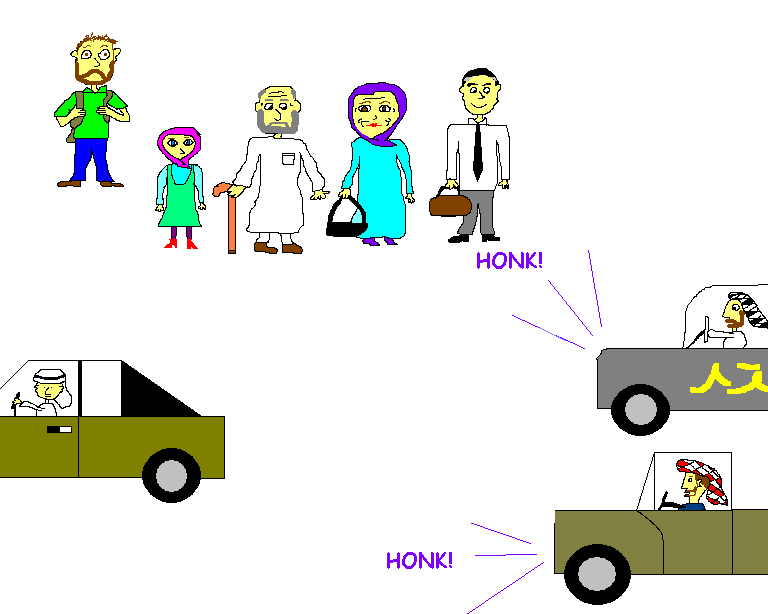 Not Large Enough Yet… 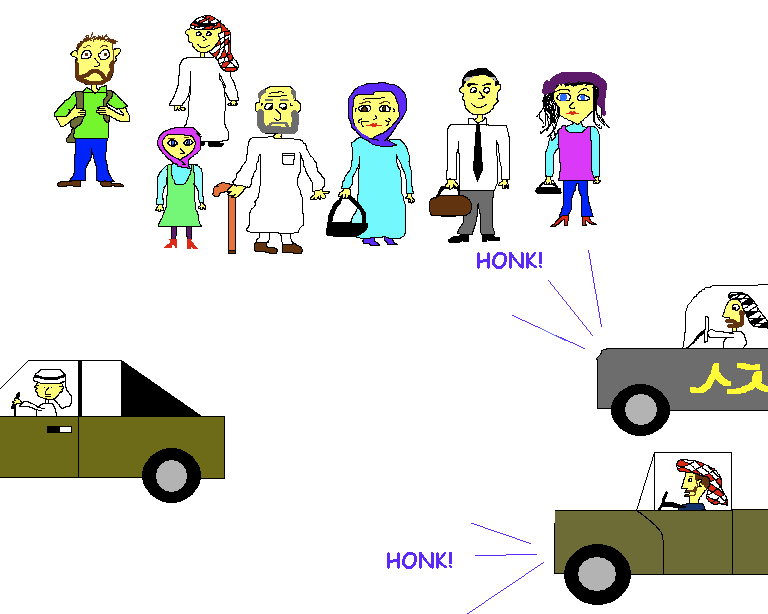 Ok, now you are getting there…

Now Go For It! 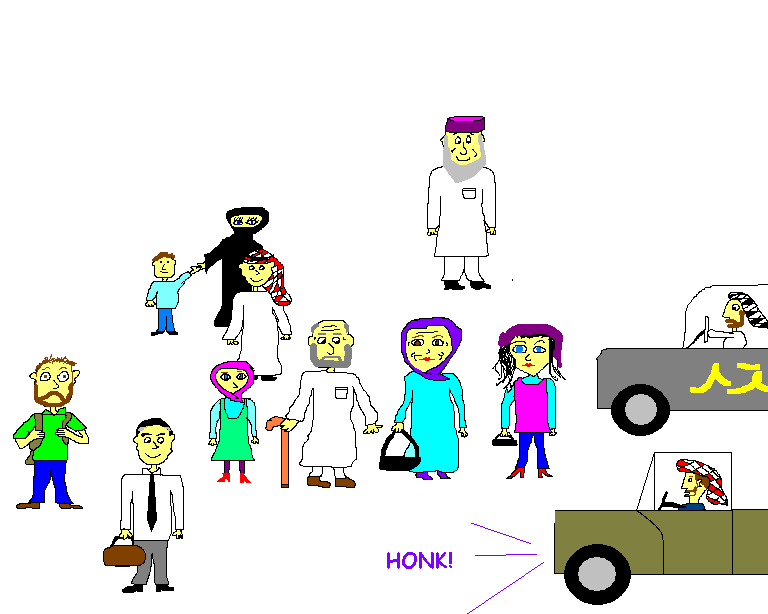 Note to Reader: I would not recommend dawdling at the end of the group like the man in the above photo. He is a prime target to get run down by an impatient driver.

Note to Reader #2: As you can see in the above photo, I am as far from the traffic as I can be. However, when we hit the middle of the road and the traffic starts coming from the other direction, it is necessary to fall back into the group. We don’t want the locals relying on us to start the crossing and if you learned anything from lesson 1, it is to always have a human shield.

Clearly the above driver should have stopped. There will be significant damage to his car and the 5-10 minutes it will take to fill out the paperwork with the police will put him behind schedule. 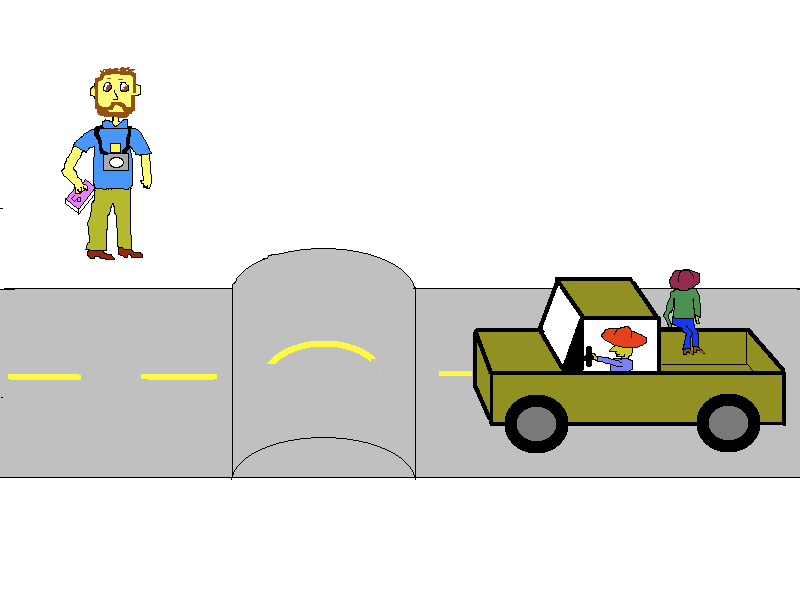 Many drivers will not stop for a pedestrian. Most, however, will at least slow down for a speed bump, which will give you a chance to dart across the road. At the very least,  the traffic will be slow enough that a collision would not be fatal. It might maim you yes, but kill you, no. 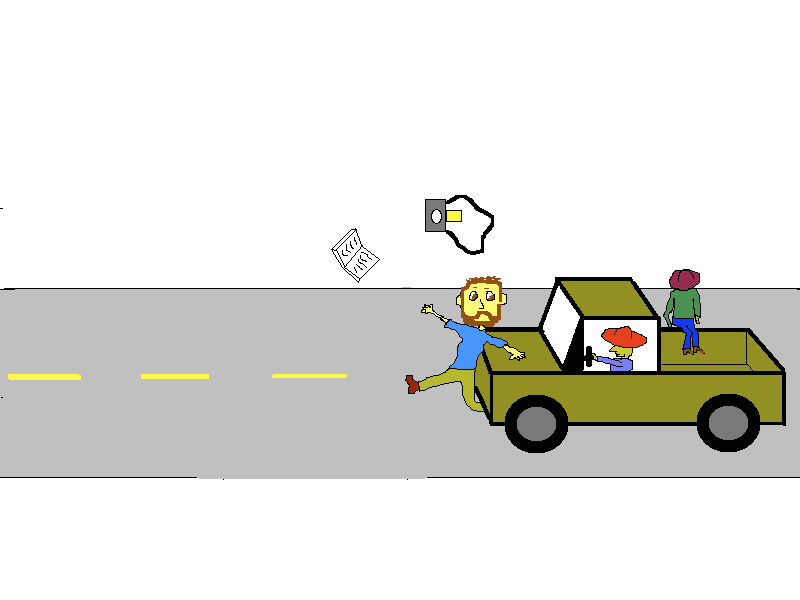 Should have crossed at a speed bump.

If the speed bump is large enough, the car may actually get airborne and soar over the pedestrians. I have actually witnessed this a few times in my travels. 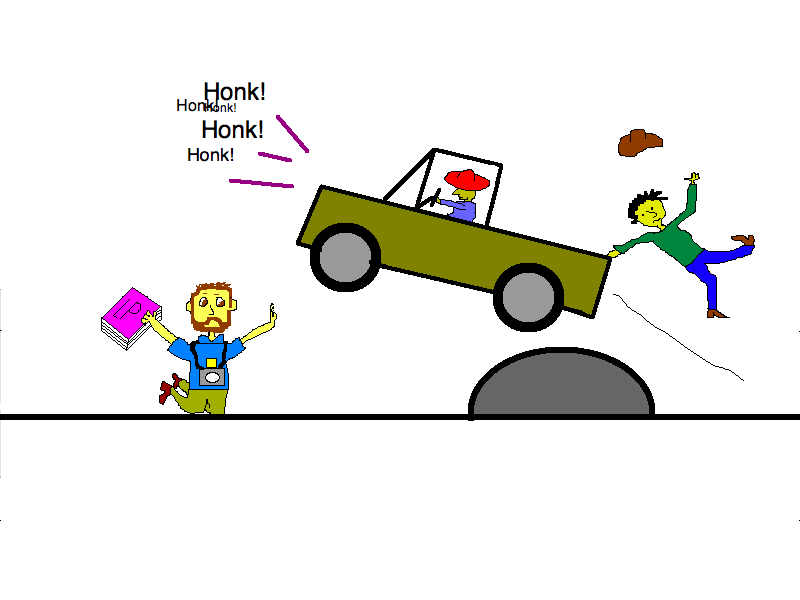 In Hanoi, crossing the street is an art form, a ballet between metal and flesh. To cross the street there, simply wade into the rushing river of motorcycles and continue on at exactly the same pace. The buzzing motorcyclists will avoid you, often veering away at the last second.

It may look daunting, but just walk out into the chaos. Or hail a taxi and have them drive you across the road.

So there you have it. Next time your friends and family are worried about you going off to Nicaragua or Nigeria, Vietnam or Venezuela, let them know that you are armed with the most important information needed for survival. You know how to cross the street and they should have no fear.