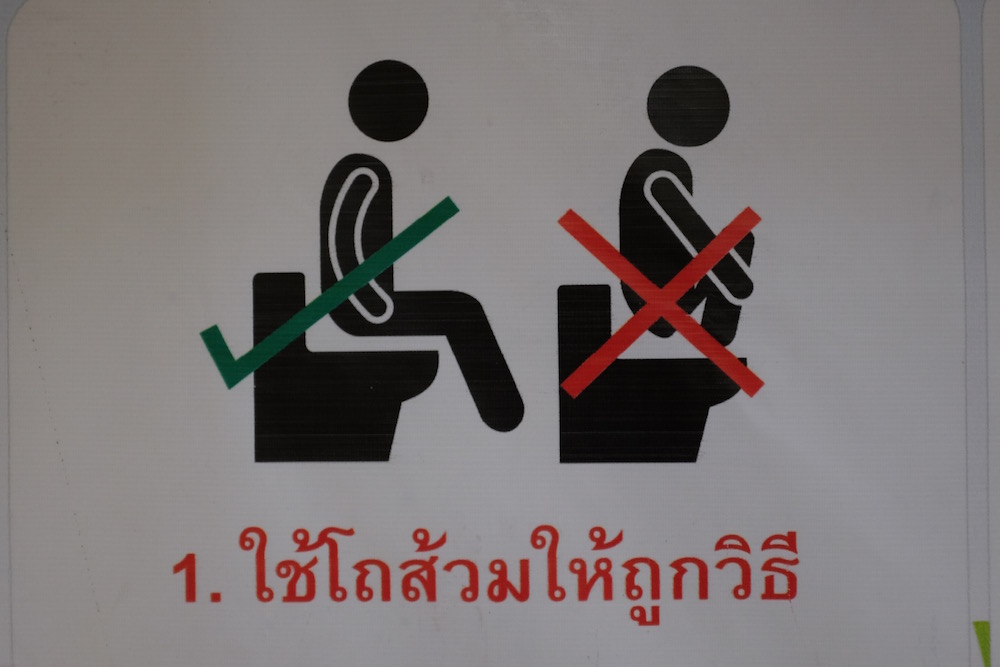 When I moved to Bangkok, I was already armed with a few Thai words acquired from previous visits, but I quickly learned that it is difficult to communicate with a vocabulary of hello, thank you, shrimp, and elephant. In order to get by in my new country, I started learning Thai so I could order at restaurants, buy bus tickets, and bribe the police – you know, the essentials.

I started learning Thai at the most obvious spot: the alphabet. In case you don’t know want Thai writing looks like, here is a sample: 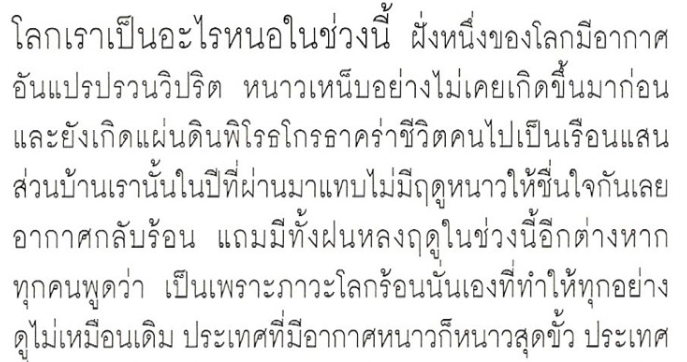 The first letter in the alphabet is ก and it makes a G sound. Like A for Apple, each Thai letter has a corresponding word. For ก is it gai, or chicken, and it is spelled like this: ไก่. It is two letters. It took me about a week to learn it.

After I learned ก, I started to tackle the other 44 consonants. It was slow going. I found myself constantly staring at signs and billboards trying to sound out words and make sense of the exotic Thai squiggles. This accomplished very little, other than making my head hurt very badly.

My wife also threw herself into learning the script, and one night I heard her shout out from the other room, “Holy $%^& I just read CHICKEN!” It was a minor victory, but I understood her joy. 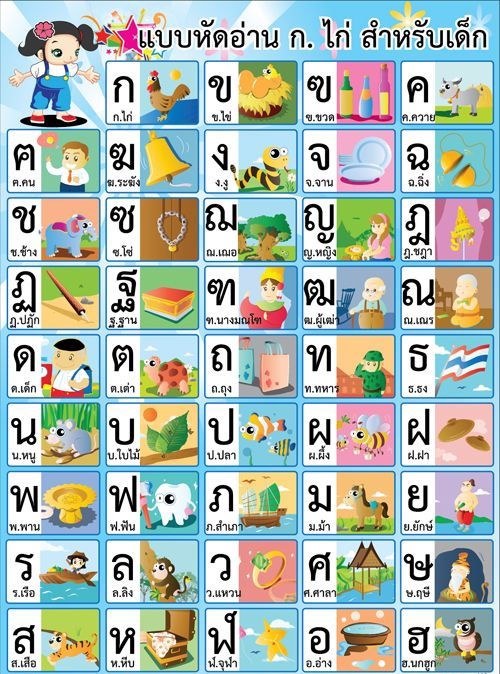 Like A for Apple, each Thai letter has an associated word. There are 44 consonants and no one seems to know how many vowels.

Even though I can’t speak much Thai, I can write my letters very well. My handwriting in English is so bad I can’t even read it; my Thai writing is a work of art. At some informal restaurants and busy street stalls, patrons write their order on a piece of paper and give it to the waiter. I love these places because I can show off my beautiful Thai writing. At a food stall near our house, the owner was amazed, “You write pretty!” she said in amazement. Unfortunately, I didn’t know what she said – my wife had to translate.

At the dentist office I asked for paper so I could write my address. I didn’t know if I’d be able to talk to the taxi driver after having my wisdom teeth pulled. “I can write it in Thai for you,” said the kind receptionist. “Oh, I can write in Thai,” I said with an air of indignation. I showed her my writing after I was finished and she started clapping like a proud teacher.

Visiting home I showed my precocious 9-year-old niece how to write her name in Thai. [Footnote 1] She was immediately fascinated, wanting to learn how to write other words. I started teaching her and within an hour she knew all the words it took me three months to learn.

“Uncle Jeff, why are all Thai words so short?” she asked.

“Well, they aren’t. I only know how to spell short words,” I said glumly.

Once I started speakingThai, like most expats the first words I learned were “Taxi Thai.” We live off of a main road called Ramkamhaeng, and it is quite magical to get in a taxi anywhere in this metropolis of 13 million people and say the nonsensical phrase “Rom Kom Hang Roy Sip Song” and be taken to within a half mile of our house. From there, I can move the car by using my voice. I say dtrong bpie and the driver goes forward; I say long saphan leo sigh and he turns left after the bridge; I say yute tee NEE and he stops. It is like a form of Jedi mind control.

As I have learned more and more Thai, it has actually made communication more difficult. On the rare occasion I actually produce a coherent sentence and pronounce everything correctly, the people respond in rapid-fire Thai and I am exposed as a fraud. Moreover, when people say something I don’t understand, I accidentally revert to Spanish, saying “Como?” or “Otra Vez” or “Repita por favor.” As you can imagine, Spanish doesn’t get you very far in Southeast Asia. 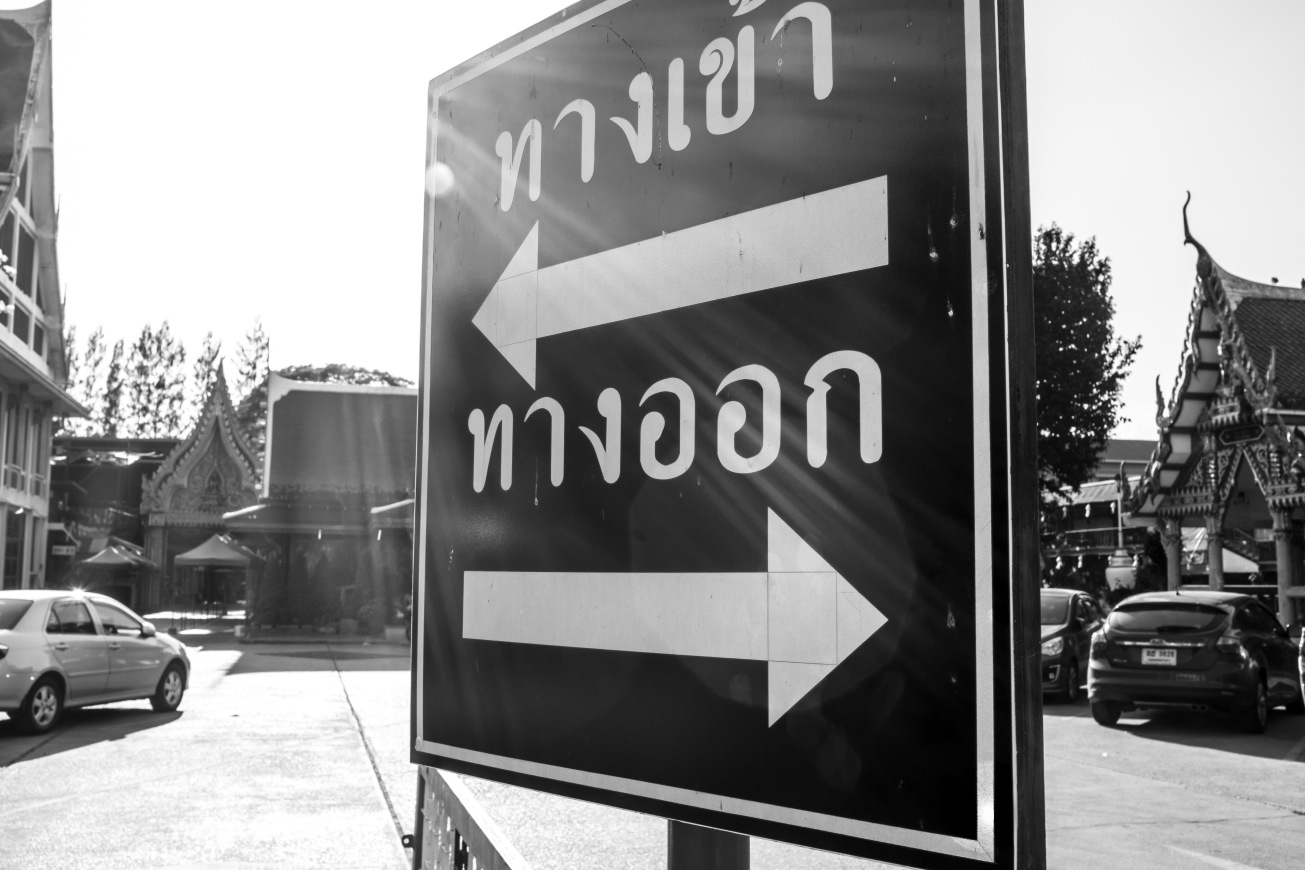 I like to walk around non-touristy areas with my camera, and there are three words I always overhear:

I hear locals say farang not in a bad way, just in a surprised way. Like, “Hey, there is a foreigner in our neighborhood. That is unusual.”

I overhear hear them say tai-roop as they talk to each other. They see a sweaty pale man taking photos in their neighborhood and are amused and maybe confused. Sometimes I hear tai-roop and look over to see a local striking a pose with a silly face while flashing peace signs because that is what Thai people do.

The other word I hear is maeow, the Thai word for cat that sounds like “meow.” This is my favorite Thai word. [Footnote 2] I am always stopping to photograph cats. I reward them with tummy rubs and chin scratches. Locals think this is hilarous. When I snap cat photos, I often hear farang, tai-roop, and maeow all in the same sentence.

I have been in Thailand about 12 months in total, and I am embarrased that my language skills are not better. I try to speak Thai, and I know the locals really appreciate the effort, but I can’t have any sort of meaningful conversation. If I keep plugging away I am sure I’ll get there eventually. Until then, I’ll continue to get by with simple words mixed with hand signals and a dash of Spanish.

[Footnote 1] I realize that everyone thinks their 9-year-old niece is precocious, but mine really is. I am not biased – I have 10 nieces, some are precocious, others not so much.

[Footnote 2] My other favorite Thai words are:

Have you ever tried to learn a foreign language?

If you would like to learn Thai, here are few great internet resources: