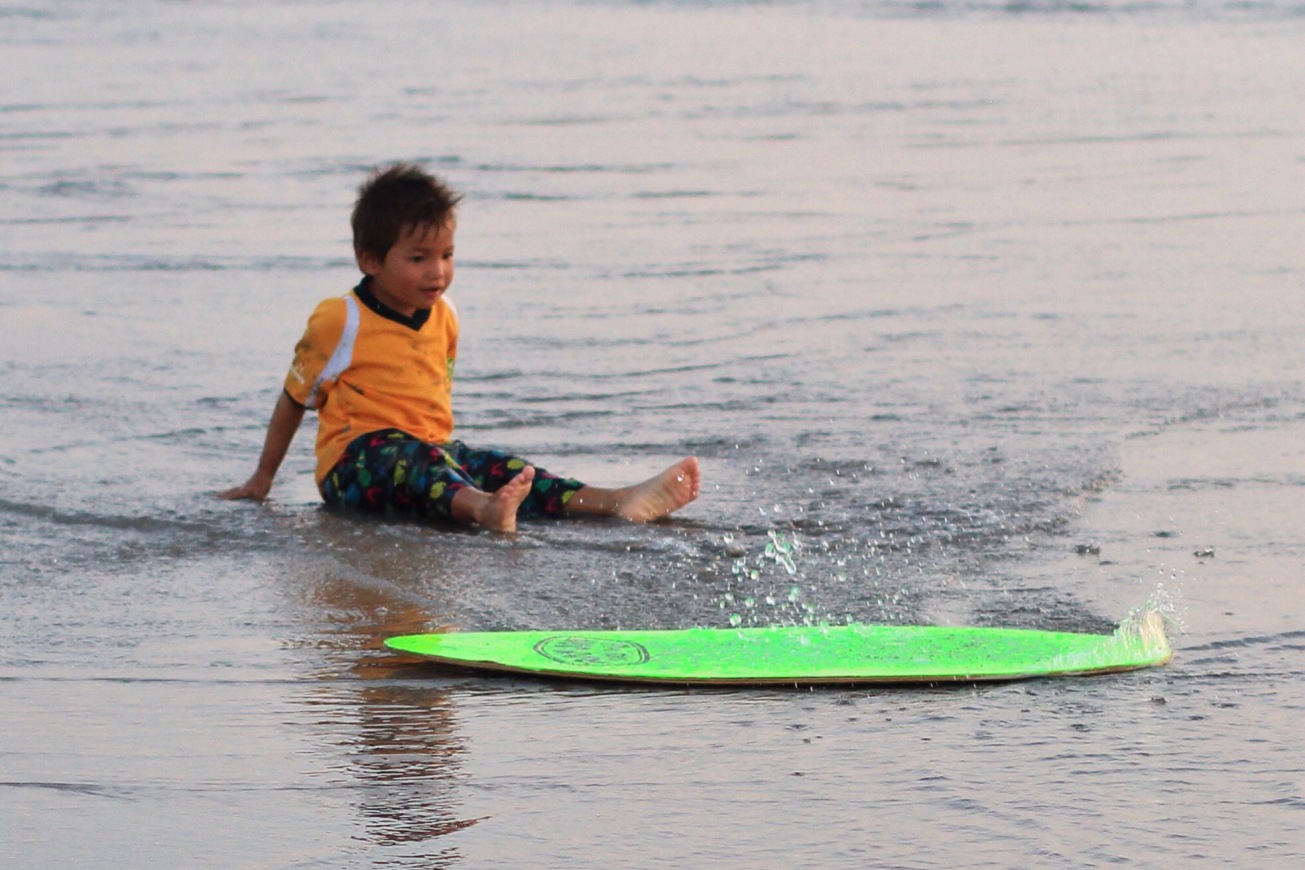 Bali is different. This became evident as soon as we landed on the island and saw temples in front of every house, shrines in every rice field and offerings on all the sidewalks. A Hindu enclave in a Muslim country, it is much different in many ways than the rest of Indonesia.

However, there is one thing that remains like the other islands we have visited: the people are extremely friendly, open, kind and helpful. The people of Indonesia are easily some of my favorite that I’ve met in my travels.

Below is a collection of photos of the people we came across in Bali.

Learning to surf is hard. Seen on Kuta Beach. 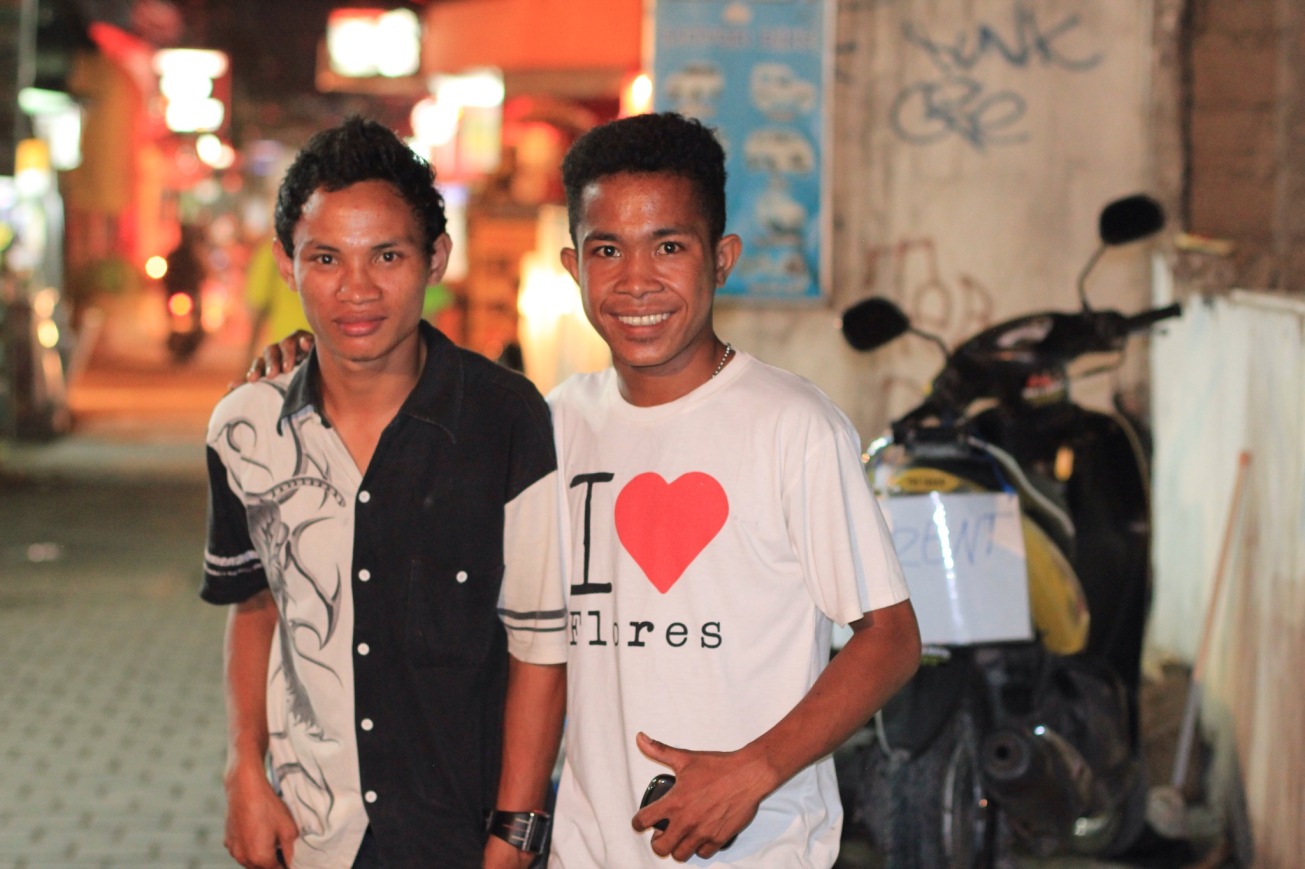 Safety standards are different here. Can you imagine this in America? 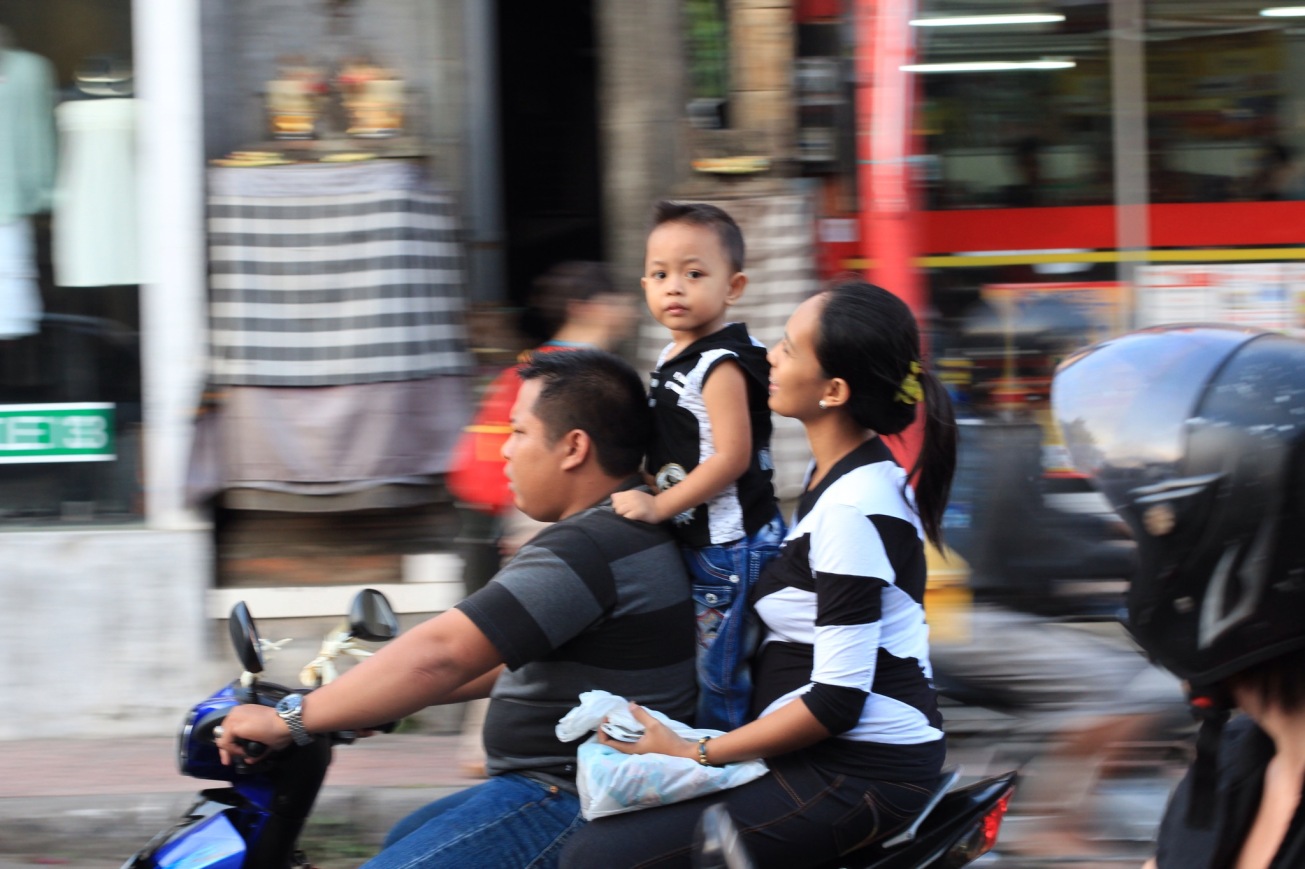 Balinese dance: robotic, rigid, precise, with detailed finger and eye movements set to the clanging Gamalen orchestra. It is something that must be seen to appreciate.

We could see this coming from a mile away. For 10 minutes these four girls would look over at us then glance away and giggle when we’d look back. They were trying to work up the courage to ask for a photo.

Women in Indonesia are experts at carrying things on their heads. I suspect these two ladies were on their way to a wedding. We were in Ubud on October 24 which is an auspicious day to get married. There were weddings everywhere. 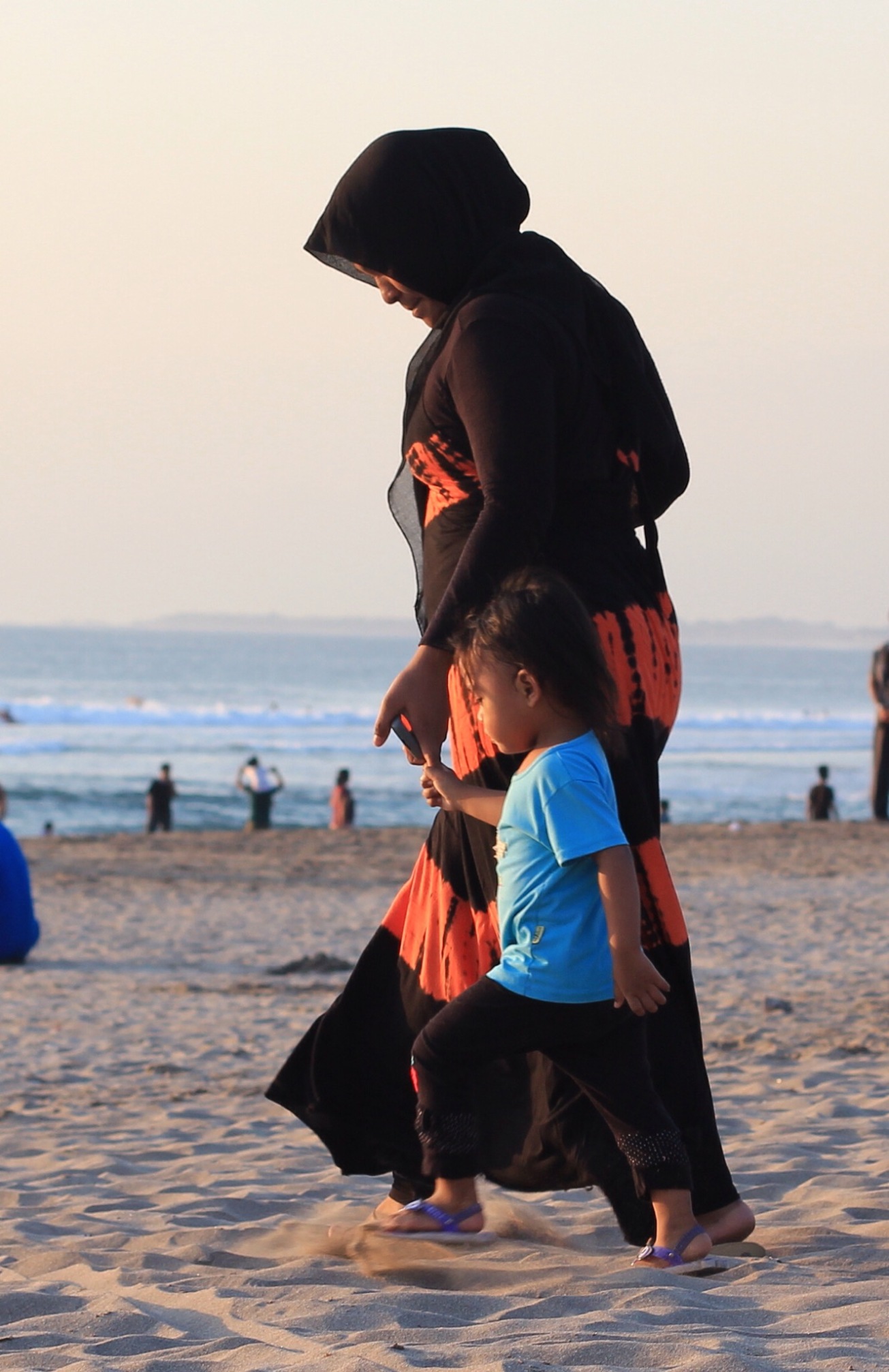 A stroll along the beach. 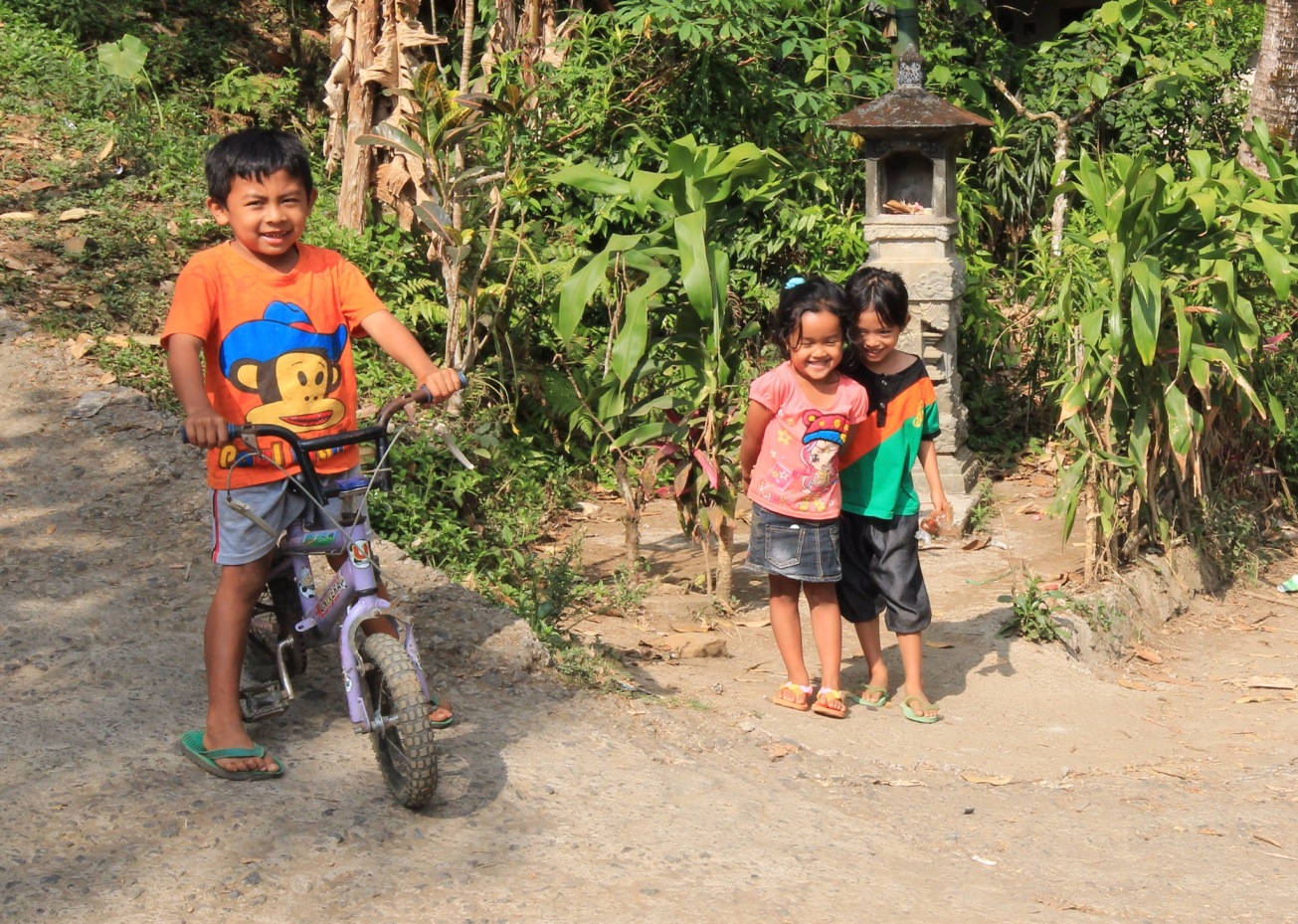 Kids near Munduk in central Bali. When I asked to take the photo, the girl on the right came running down from her house to join. They were so excited but then gave this shy pose.

Boy sweeping away leaves at a temple in a remote rice field in central Bali. I think he likes the Smurfs. 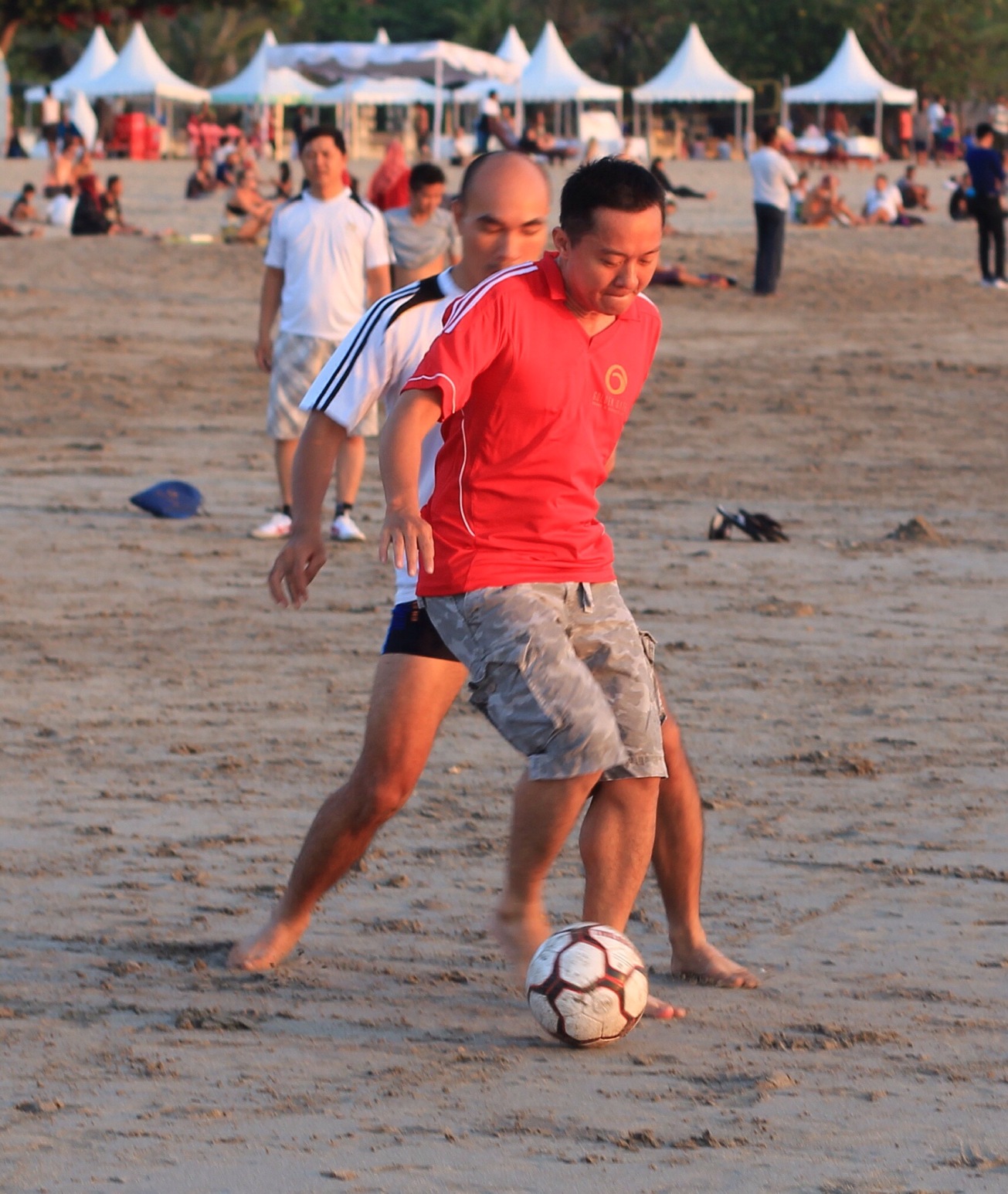 A competitive game of beach soccer/football. Surprisingly, the game featured lots of running around and no scoring.

A proposal on the beach and a very happy bride-to-be. He’d have proposed sooner but he had to pay off his tats before he could buy the ring.

This boy eyed us for quite some time while we were people watching in a market in Ubud. When he put his head on the motorbike, I had to take the photo.

We tried to help the flip-flop vendor by assisting him in the harassment of tourists. Sadly, we didn’t make any sales.

No photo essay of people of Bali would be complete without an under-dressed tourist.

A cigarette promotion at a Circle K complete with a live band. 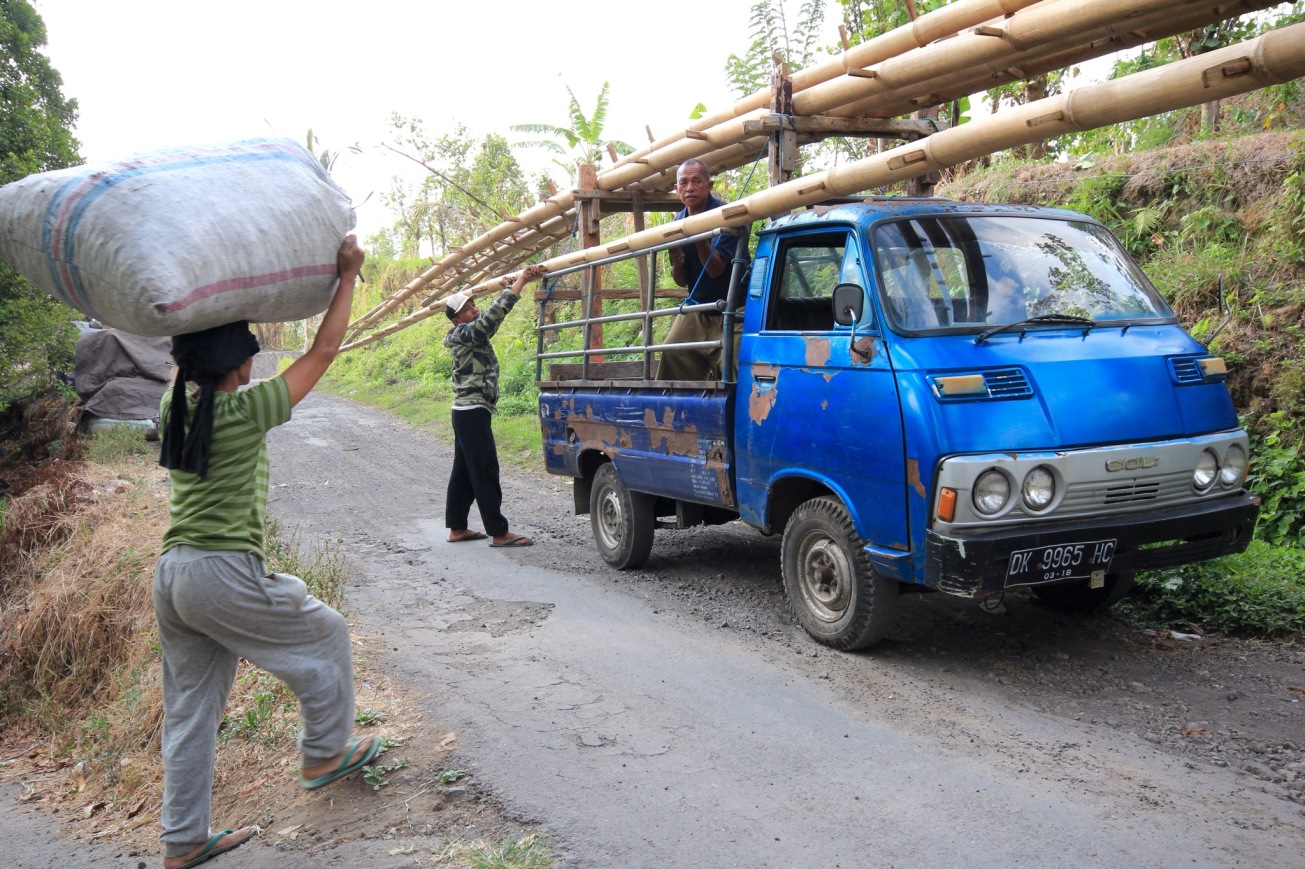 “People travel to far away places to watch, with fascinatioin, the kind of people they ignore at home.” We were very interested in the people working the rice paddies in Bali, although we never did figure out what the long bamboo poles with sticks stabbing through them were for. 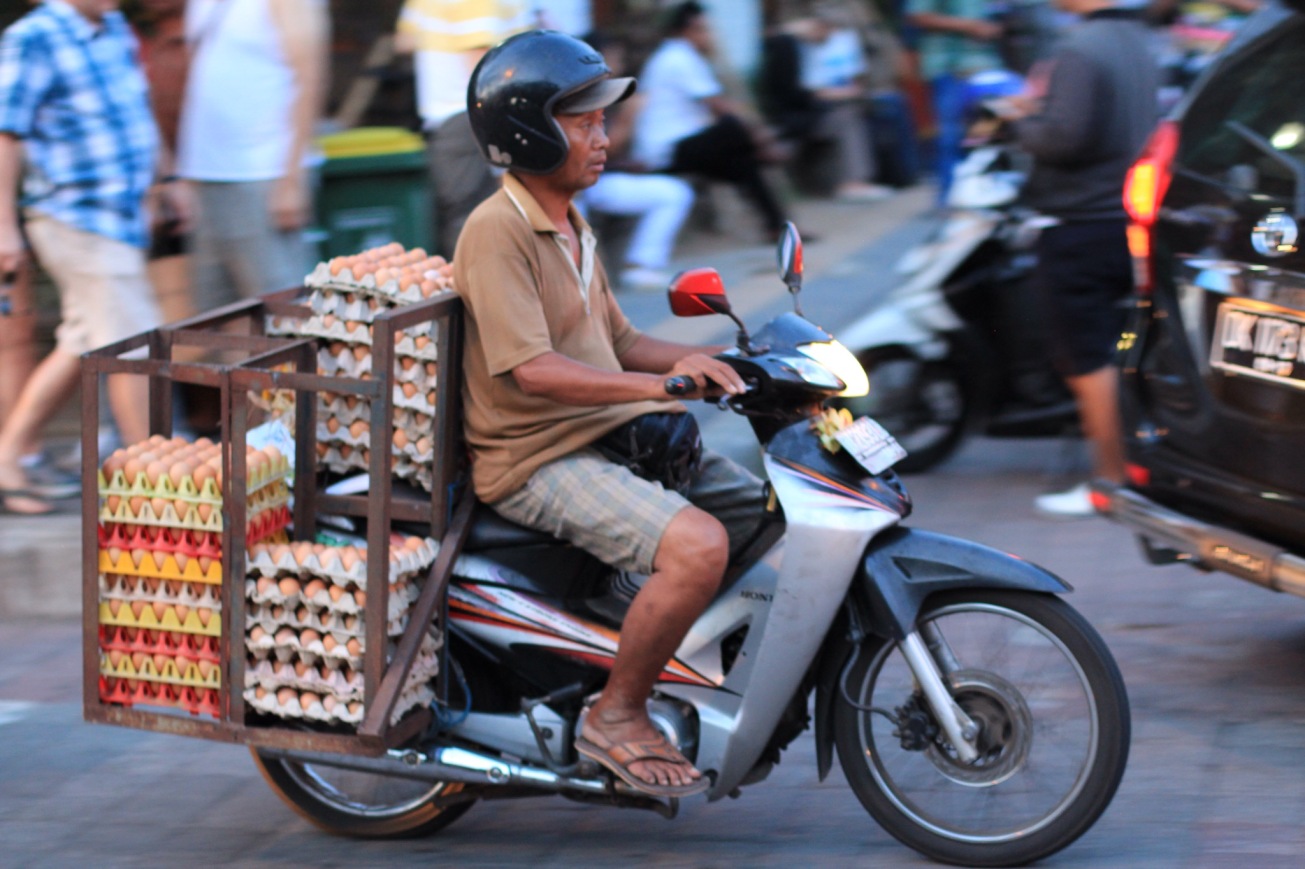 Egg vendor. Don’t those need to be refrigerated? 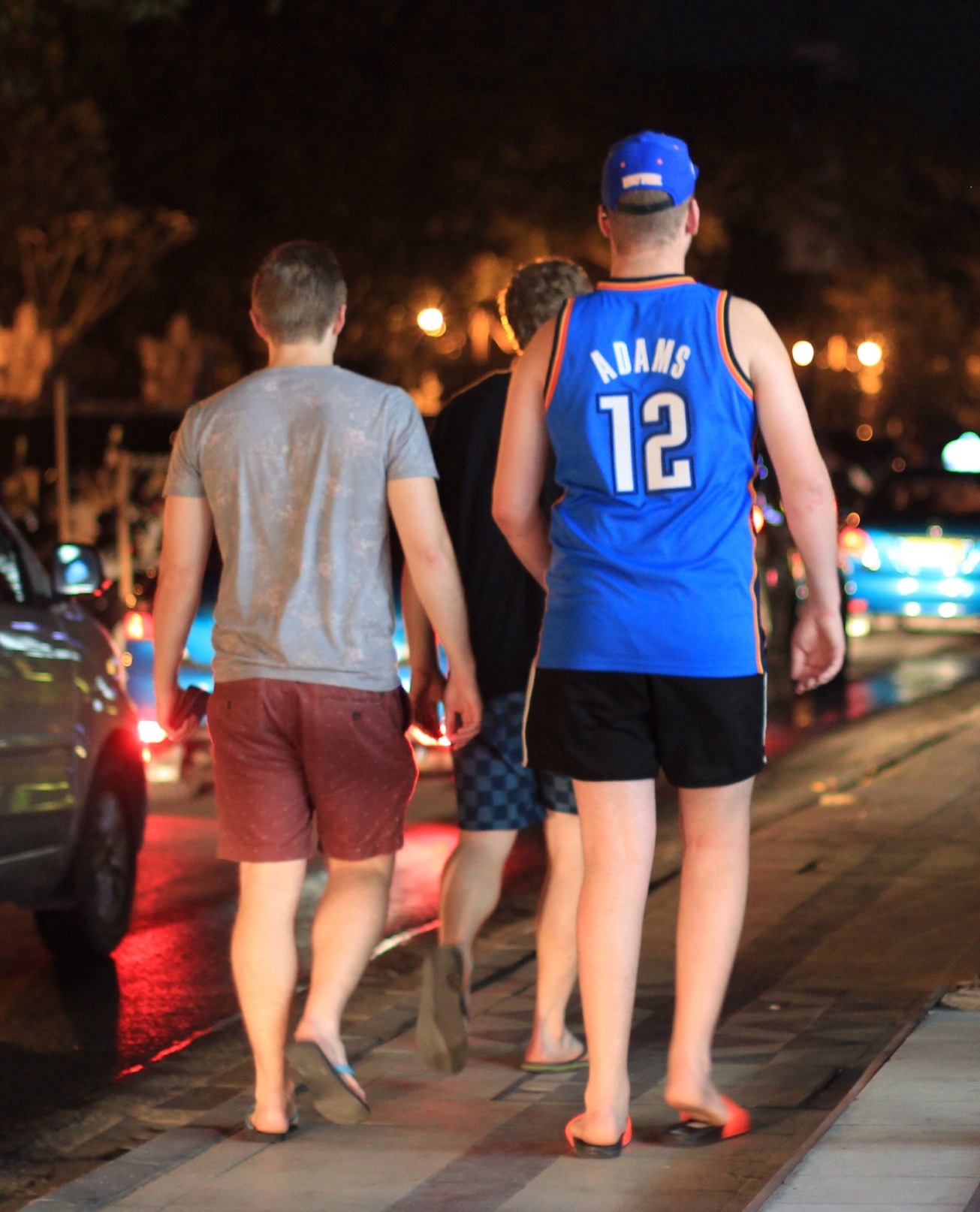 OH MY GAWD IT IS STEVEN ADAMS ONE OF MY FAVORITE NBA PLAYERS, oh, wait. Nevermind.

Seen in Ubud. Likely on their way to one of the many weddings.

I don’t (usually) go around taking photos of young girls on the beach. They requested I take their photo. I’m not creepy. I promise.

To help fund this trip, I’ve been working as a Balinese dancer.

17 thoughts on “The People of Bali”